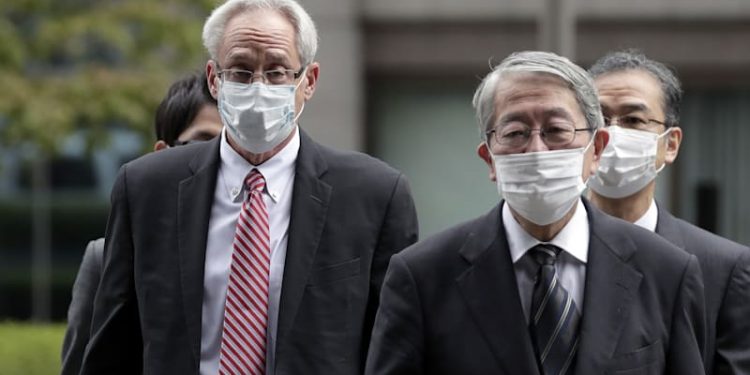 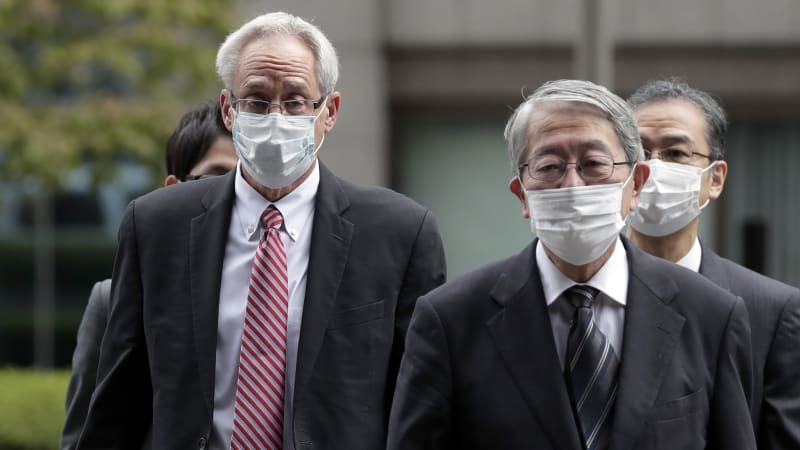 TOKYO — A Tokyo court gave Greg Kelly, a former American executive at Nissan Motor charged with underreporting his boss Carlos Ghosn’s pay, a suspended sentence, but cleared him of most of the charges.

The verdict announced Thursday of a 6-month sentence suspended for three years will allow Kelly to return to the U.S. during an appeal. Kelly’s defense lawyers said they will appeal. It was unclear if prosecutors would also do so.

Kelly, who appeared calm during the court session, said afterward that he was stunned by the verdict.

“I have always acted in the best interests of Nissan, and I have never been involved in an unlawful act,” said Kelly, who is planning to head back to Tennessee.

The court acquitted Kelly on some counts but found him guilty of charges for just one of the eight years for which the compensation allegedly was under-reported. The defense team said that was unacceptable.

“Kelly is completely innocent. We cannot accept the erroneous ruling that found him guilty for that final year,” the defense, headed by Yoichi Kitamura, said in a statement.

Kelly was arrested in November 2018 at the same time as Ghosn, a former Nissan chairman and head of the Renault-Nissan-Mitsubishi alliance. Both insist they are innocent and that the money in question was never paid or decided on.

The trial at Tokyo District Court began in September 2020, with Ghosn absent after he jumped bail in late 2019, hiding in a box for music instruments on a private jet. He fled to Lebanon, which has no extradition treaty with Japan, and has been writing books and making movies about his experiences.

Shimotsu said Ghosn made an arrangement for his compensation that was “conducted solely out of his personal greed.”

“There is absolutely no room for extenuating circumstances in his motive,” he said.

Ghosn called the judgement a “save-face verdict” for the prosecutors and other Nissan executives that he accuses of colluding against him, Kelly, Renault and all shareholders.

“I am relieved for Greg and his family,” Ghosn said in a Zoom call with a small group of reporters.

Ghosn denied allegations that he conspired with another Nissan executive, Toshiaki Ohnuma, to calculate unpaid compensation and try to have it covertly paid later. He reiterated his complaints about “hostage justice” in Japan, where suspects are often railroaded to convictions and the conviction rate exceeds 99%.

Prosecutors had asked that Kelly be sentenced to two years in prison. They alleged Ghosn, Kelly and Nissan Motor Co. underreported Ghosn’s compensation by 9 billion yen ($78 million) in filings over eight years through 2018. Kelly and his defense said the aim was just to stop Ghosn from leaving for a competitor.

Shimotsu, the judge, acknowledged the evidence did not connect Kelly directly with what he called a “conspiracy” by Ghosn and Ohnuma. He also said Ohnuma’s testimony was crucial but not entirely reliable because he had a plea bargain.

“His credibility deserves special attention,” Shimotsu said. “There was a danger that as an accomplice he would seek to shift responsibility to Ghosn.”

But he accused Kelly of putting Ghosn’s interests before Nissan’s.

Ghosn headed Nissan for nearly 20 years after its French alliance partner Renault sent him to lead a turnaround at the near-bankrupt Japanese automaker. His downfall was sudden, with Nissan officials who had been close to him accusing him of amassing power for personal gain and planning a merger of Nissan with Renault.

Japanese executives are paid far less than their American counterparts. When Japan began requiring disclosure of high executive remuneration in 2010, Ghosn’s pay of about $9.5 million even without the deferred compensation raised eyebrows.

Kelly was released on bail and has been living with his wife in Tokyo. He was hired by Nissan’s U.S. division in 1988 and became a representative director in 2012, the first American on Nissan’s board. He worked mostly in legal counsel and human resources.

Separately, two Americans extradited from the U.S. to Japan on charges of smuggling Ghosn out of Japan were convicted last year. Michael Taylor was sentenced to two years in prison and his son Peter to one year and eight months.

“Greg is coming home,” said Hagerty. “Greg has been subjected to circumstances corporate America could never contemplate. What should have been a corporate board room discussion landed in the Tokyo prosecutors office.”

Sanctions must be extended to all Russian banks, says Liz Truss | Russia