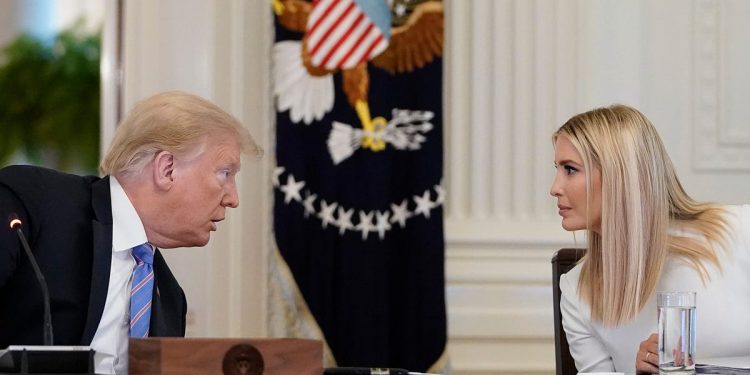 Her testimony likely included the revelation that she was present at the White House during the riot and tried to get her father to call off his supporters, former federal prosecutor Glenn Kirschner said on Friday on “The Stephanie Miller Show.”

“Ivanka tried and failed, so we sent her back into the Oval Office a second time because she can be pretty tenacious, and she couldn’t get her father to stop the attack on the Capitol,” Kirschner said, citing Kellogg.

“That is a president in a very real way, waging war against the United States,” Kirschner said. “Even his own daughter couldn’t stop him. That is deeply incriminating information. Presumably, it’s been provided by Ivanka under oath to the J-6 committee, and if I were prosecuting the case, she would be one of the very early witnesses I called.”

“I mean, you know, not in broad, chatty terms, but she’s answering questions,” Thompson told reporters.

The Capitol riot left five people, including one police officer, dead. Members of the Proud Boyswhich is classified as a hate group by the Southern Poverty Law Center, were reportedly present.

How to change automatic transmission fluid

The U.S. has a big stake in how the Ukraine war ends; it’s likely to be paying a lot of the cost

The U.S. has a big stake in how the Ukraine war ends; it's likely to be paying a lot of the cost