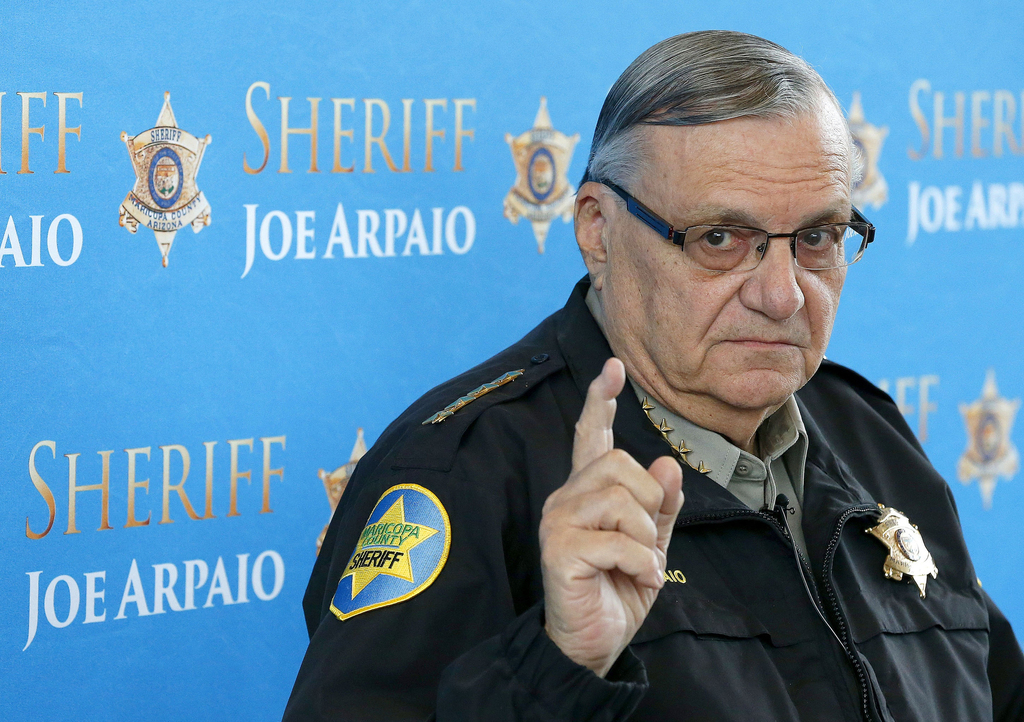 PHOENIX — Nearly five years after Joe Arpaio was voted out as sheriff of Arizona’s most populous county, taxpayers have covered one of the last major bills from the thousands of lawsuits the lawman’s headline-grabbing tactics inspired — and the overall legal tab has hit $100 million.

Officials in Maricopa County, home to Phoenix, agreed last week to pay $3.1 million to cover the county’s portion of a settlement with a restaurant owner who alleged Arpaio defamed him and violated his rights when raiding his businesses.

The payout boosted the cost stemming from the Republican sheriff’s six terms to $100 million for attorney fees, settlements and other costs the county has paid from lawsuits over things such as jail deaths, failed investigations of the sheriff’s political enemies and immigration raids of businesses.

That doesn’t include the separate $178 million and counting taxpayers have shelled out in a 2007 racial profiling case stemming from Arpaio’s signature traffic patrols targeting immigrants, though about 75% of that spending has occurred during his successor’s watch as he works to comply with court-ordered overhauls of the sheriff’s office.

Michael Manning, an attorney who won settlements over deaths in Arpaio’s jails and on behalf of county employees investigated by the sheriff, said it was shameful that voters kept re-electing Arpaio as his legal bills piled up.

“They just didn’t care as long as they got the entertainment value,” Manning said. “And it just went on and on.”

Eventually, voter tolerance for Arpaio and his tactics waned. His crushing 2016 defeat to a Democratic challenger has been attributed to his escalating troubles in court, taxpayer-funded legal bills and his penchant for self-promotion.

Advocates for immigrants have long warned Arpaio should be viewed as a cautionary tale for the long-term financial obligations communities take on when they let local police officers handle immigration enforcement.

Arpaio was first known nationally for jailing people in tents amid Phoenix’s triple-digit summer heat, making them wear pink underwear and using them on old-time chain gangs. His influence in Republican circles grew when he launched immigration crackdowns, something long seen as the duty of federal authorities.

Those crackdowns continued until his immigration powers were finally stripped away by the federal government and courts by 2014.

Arpaio’s election defeat came after he was found in civil contempt of court for ignoring a judge’s order in the profiling case, leading to a more serious 2017 criminal contempt conviction that was later pardoned by President Donald Trump.

The 89-year-old Arpaio, who lost a 2020 bid to win back his job and is now running for mayor in Fountain Hills, Arizona, said he’s proud of the way he ran one of the largest county jail systems in the U.S.

He pointed out jail operators are often the target of a large volume of lawsuits, and given that he served 24 years as sheriff “$100 million is not unreasonable.”

He defended his immigration crackdowns, saying he had a duty to enforce new state laws that prohibited the smuggling of immigrants and the use of phony IDs in getting jobs. Arpaio contends some spending in the profiling case for things like equipment and additional employees was needed anyway to modernize the agency.

The legal spending for Arpaio’s office, which aside from the racial profiling case averaged about $4.2 million a year, wasn’t nearly as high as some police agencies. Litigation expenses for the Los Angeles Sheriff’s Department, for instance, totaled $480 million for the eight-year period ending in late June 2020, averaging about $60 million per year, according to records.

Still the number of lawsuits — more than 6,000 in federal courts alone — and Arpaio’s seeming indifference to them are noteworthy.

Some of the most high-profile payouts were $8.25 million over the asphyxiation death of a man who struggled with Arpaio’s jail officers; $8.7 million for officials and judges who claimed Arpaio launched trumped-up investigations against them; $3.5 million in a lawsuit alleging Arpaio’s office botched the investigation into the rape of a 13-year-old girl who has developmental difficulties; and $200,000 for a pretrial jail detainee who was restrained before and after giving birth at a hospital.

Even after he was ousted, the payouts continued, including a $7 million settlement with the family of a man with mental illness who died after being beaten and stunned by officers in one of Arpaio’s jails.

The payout to the restaurateur last week is believed to be the last major case against Arpaio.

Still the bill to taxpayers from the racial profiling case is expected to keep growing.

The judge in that case ordered an overhaul of the sheriff’s office traffic enforcement operations, including new training for deputies, analyzing traffic-stop data, establishing a warning system to identify officers with problematic behavior, equipping deputies with body cameras and other changes.

The court then ordered a second overhaul of the agency’s internal affairs operation, which under Arpaio had been criticized for protecting sheriff’s officials from accountability.

A quarter of the $178 million spent in the profiling case occurred while Arpaio was still in office. The rest has come during the tenure of new Sheriff Paul Penzone.

Much of the spending goes toward hiring employees to help meet the court’s requirements. The spending is expected to continue until the sheriff’s office has fully complied with the court for three straight years. Though progress has been made, it has yet to be deemed fully compliant.

Penzone has faced his own legal issues, including a civil contempt claim for taking too long to close internal affairs investigations. Penzone has said he won’t contest the claim.

Raul Piña, who serves on a community advisory board set up to help improve trust in the sheriff’s office, said Arpaio and Penzone are both to blame for the steep costs of the profiling case.
He also said traffic enforcement studies show Hispanic drivers pulled over by sheriff’s deputies are still being treated differently than white drivers.

“You don’t have brown people being paraded before the cameras,” Piña said. “That’s better. But the outcomes of racial profiling are essentially the same. Does it look better? Sure. It is enough for people to decide today we are in a better place? I suppose so. But if you are a victim of that, it is really better?”

In a statement, Penzone said the challenges of the profiling case are his responsibility.

“Rebuilding an organization and managing federal court oversight is a difficult and evolving process,” Penzone said. “We have made considerable progress in some areas, fallen short in others. Our work continues, but rest assured that MCSO is a far better organization today then when oversight began.”

Even now though, the former sheriff said he has zero regrets about his time in office.

“I’d do it all over again,” Arpaio said.