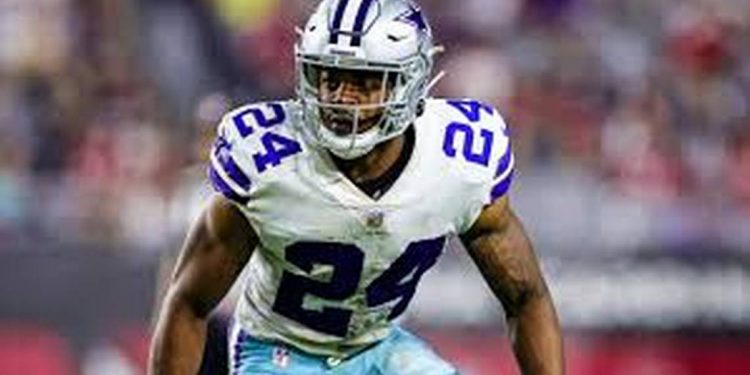 
The Dallas Police Department is investigating Dallas Cowboys cornerback Kelvin Joseph as a person of interest in the murder of a 20-year-old man last month, according to multiple sources.

Cameron Ray was shot and killed on March 18 following a fight on Lower Greenville Avenue.

Per a FOX4 report, as Ray and his friends walked to their vehicle shots rang out from another passing vehicle.

Joseph, who admits being at the scene but not involved in the shooting, was expected to meet with the Dallas police on Friday, according to a source.

Joseph’s attorney, Barry Sorrels, told the Dallas Morning News that the former University of Kentucky football star was a passenger in the vehicle.

“Kelvin Joseph did not shoot Cameron Ray,” Sorrels said. “Mr. Ray’s death is a tragedy, and Kelvin extends his deepest condolences for the family’s loss. On the night of March 17, Kelvin was unarmed and was not looking for violence. He found himself in a situation that escalated without his knowledge or consent.

“Along with condolences to the Ray family, Kelvin apologizes to the Dallas community for being anywhere near this type of incident. The investigation is ongoing, and we intend to respect the process.”

A Dallas police spokesman declined to comment on Joseph’s involvement.

“We do not confirm the identity of an individual or person of interest unless the department has charged the individual, arrested them, or we are actively searching for the person in connection to a crime,” said a police statement.

The case is still open, but police have released surveillance video that appears to show Joseph among the group of people who fought with Ray and his friends earlier that night.

In the video footage, one of those involved in the altercation was wearing a YKDV necklace. Joseph goes by the rap name “YKDV Bossman Fat.”

“They are the same people who were involved in that fight,” Dallas police detective Tonya McDaniel told FOX4. “I need for people to pay attention to what these individuals had on, from head to toe. Look at their hair, I need you to look at what they had on, ‘cause they had writing on their clothing, on their hoodies. They had jewelry on. I need you to look at some of their medallions and see what it spells out. Look at their faces and look at the group of people that were together themselves, because if you know someone in that group, then you’re going to know the rest of them.

“I need you to point them out, put them on blast, so that they will come in and talk to me, because somebody died here and we need to find out who shot Cameron.”

Anyone with information is asked to contact McDaniel at 469-261-6790 or tonya.mcdaniel@dallascityhall.com.

The Cowboys released a statement on Friday: “The Dallas Cowboys are aware of the tragic incident that occurred in Dallas on March 18. First and foremost, our hearts go out to Mr. Ray’s family and loved ones. The organization is aware of Kelvin Joseph’s possible connection to this incident. We are in contact with Dallas law enforcement and have alerted the NFL office. We have no further comment at this time.”

An NFL spokesman said the matter is under review of the league’s personal conduct policy.

A person can be charged under Texas law for being a passenger in the vehicle involved in a drive-by shooting.

Joseph was a second-round pick of the Cowboys in 2021 out of Kentucky. He played in 10 games, notching two starts and 16 tackles.

Clarence E. Hill Jr. has covered the Dallas Cowboys as a beat writer/columnist for the Fort Worth Star-Telegram since 1997. That includes just two playoff wins, six coaches and countless controversies from the demise of the dynasty teams of the 1990s through the rollercoaster years of the Tony Romo era until Jason Garrett’s process Cowboys.

Shanghai is China’s richest city. But even billionaires and celebrities aren’t safe from its extreme lockdown