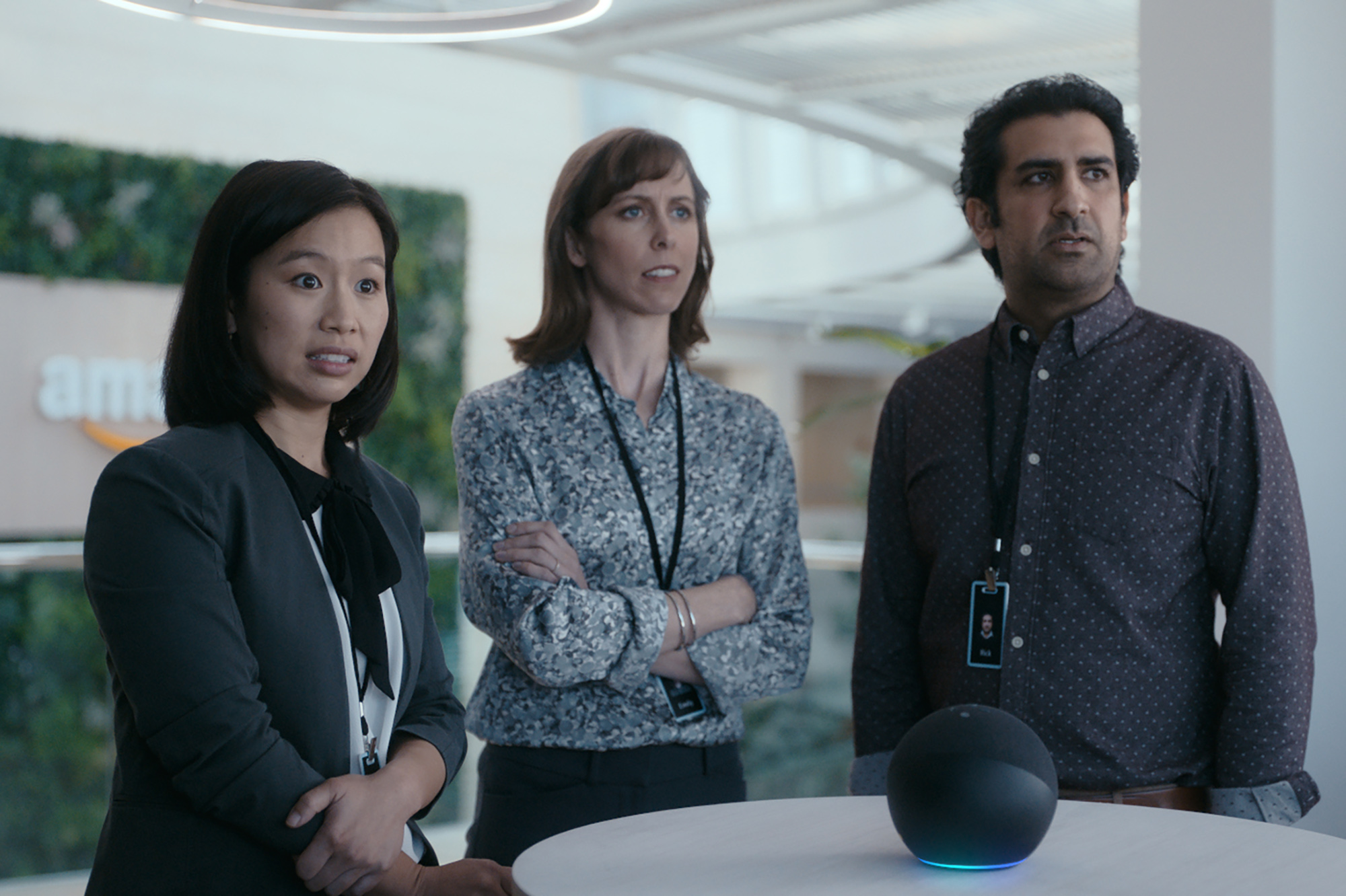 The stars of “Wayne’s World” were reunited, Amazon’s Alexa got replaced by a flirty Michael B. Jordan and Bruce Springsteen made his commercial debut for Jeep.

Celebrity cameos in this year’s crop of Super Bowl commercials veered on the zany and were heavy on nostalgia, as companies tried to relay upbeat, hopeful messages amid the coronavirus pandemic.

But brands also took the opportunity to say something meaningful about our unprecedented times, according to a team of top ad executives assembled by The Post.

“Advertisers are leaning heavily on how 2020 was the worst year in recent memory,” said Jennifer DaSilva, president at Berlin Cameron.

“Most of the spots are optimistic and hopeful as we embark on a new year.”

Here’s what our panel of experts made of the Super Bowl 55 ads:

“Again, please,” was likely what every woman in America said after seeing this ad, according to Nicole Michels McDonagh, of Butler, Shine, Stern & Partners.

Amazon turned its virtual assistant Alexa into a sex symbol with the help of Michael B. Jordan in this fun and memorable ad.

However, some of our experts felt the spot’s sultriness was heavy-handed, especially for a family-friendly product.

“Yes, the sexual innuendo is over-the-top at times, but high marks for sheer entertainment,” said Chris Graves, Chief Creative Officer at Team One.

“Really well-crafted as a film,” Graves added. “And appreciate the attempt to give a somewhat intrusive technology a human face — an extremely good-looking human face.”

Bud Light’s spot was a nod to the “lemon” of a year we’ve just had — though “this ad is anything BUT a lemon,” said DaSilva.

Most of our experts enjoyed the clip’s quirky metaphor for 2020 and its take on the age-old adage: “When life gives you lemons, make lemonade.”

In the ad, giant lemons raining down on weddings and other parties, and though we’ve seen unexpected objects falling from the sky before, this one was “nicely produced and fun to watch,” said Graves.

“We could either laugh or cry about last year, and this helped me share in a much-needed laugh.”

Comedians Dana Carvey and Mike Myers of “Wayne’s World” brought viewers back to the 1990s for this fun ad.

“A lot of brands have made Super Bowl Sunday into ‘Throwback Thursday,’” noted Andy Nathan, founder and CEO of the Fortnight Collective.

“The Wayne’s World local access cable TV show working to help local restaurants makes a lot of sense for Uber Eats and what they promise.”

Add the cameo from Cardi B and the ad becomes even more “fun, eye catching and entertaining,” said Moa Netto, Chief Creative Officer at RAPP US.

SPIN CEO Jimmy Hutcheson added: “The one thing that always hits a mark is nostalgia.”

“Thus, it makes perfect sense that grabbing Mike Myers and Dana Carvey for a Wayne’s World reunion would absolutely make sense and work.”

“Adding current pop icon Cardi B to that equation? Brilliant,” said Hutcheson, “a big win for Uber Eats to appeal to people from multiple generations.”

Cheetos enlisted celebrity couple Ashton Kutcher and Mila Kunis for this ad, set to Shaggy’s “It Wasn’t Me.”

“I liked how they were able to leverage the cultural power of an iconic song while keeping the product at the center of the narrative,” said Netto.

“Shaggy steals the show. Mila and Ashton work ‘ok’ as support,” said Stein, who gave the ad a C.

Tim Smith, president of Chemistry in Atlanta, said: “I wanted to like this one but it seemed off.”

“Shaggy and the music was great but the acting and singing of two stars I really like, was awkward.”

The slew of celebs making an appearance in this ad felt forced, according to our experts.

It was also another hit at nostalgia with John Travolta’s special appearance.

But event that wasn’t enough to save this spot.

“The Super Bowl ads are teeming with celebs this year, and a big chunk of them seem to be in this spot,” said Graves.

“It’s strangely compelling as you try and figure out how one relates to the next. Then Travolta shows up and all bets are off. All to promote a contest to win a lawn and garden of your dreams? It’s a lot to process.”

Robinhood — “We are all investors”

Robinhood was recently in the headlines in connection with the GameStop saga, but the investing app’s first Super Bowl commercial fell flat, according to our experts.

“I think Robinhood was smart to use the current PR to reinforce brand awareness on the biggest stage,” said Smith, adding: “Having said that I think they missed the mark on a Super Bowl spot.”

“The spot is beautifully shot but a too quiet for the stage.”

Husani Oakley, Chief Technology Officer at Deutsch NY, noted that “There was probably not enough time to make any changes,” in the aftermath of the stock market madness.

Still, ” I don’t think the spot would have worked well even in a pre-#GameStopGate world.”

“The basic idea — that everyone invests in something, so why not invest via Robinhood — is spot-on, but the execution falls pretty flat, and doesn’t quite live up to it’s potential.”