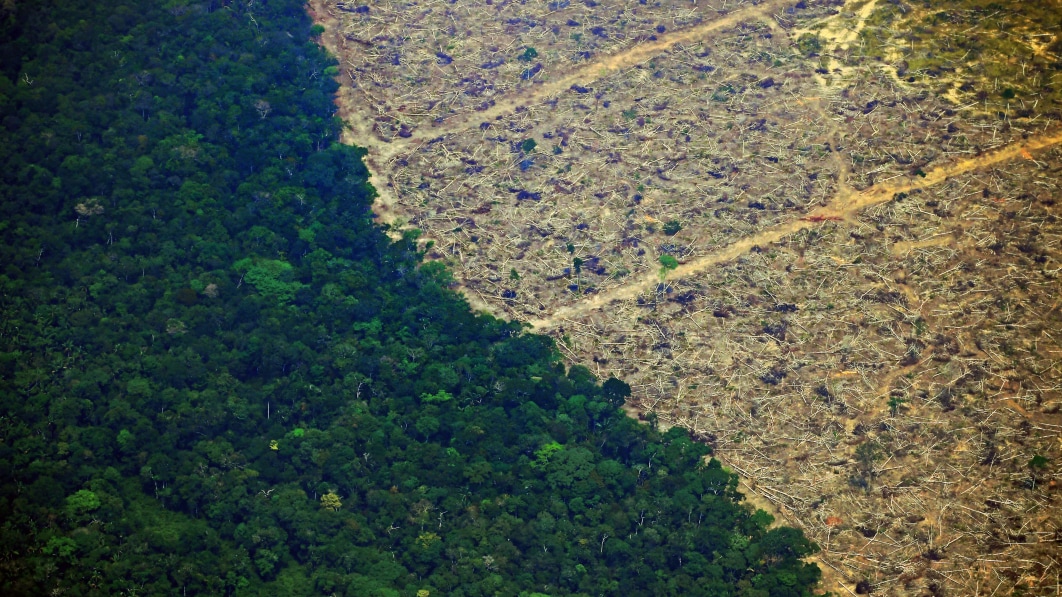 WASHINGTON — For years, airlines have offered passengers concerned by climate change an option: For an extra cost, cancel out the carbon dioxide pollution from their share of a flight, by paying to protect trees.

That’s the idea behind forest carbon credits. Trees absorb carbon from the atmosphere. Forest carbon credits are promises that companies, individuals and governments can purchase to counteract their emissions by paying to plant or protect trees. Here’s a look at this type of carbon credit.

What are forest carbon offsets?

Picture a forest at risk of being cut down to make pasture for livestock or fields for crops. A broker arrives and promises to pay the forest owner — which could be a government — to stop that from happening.

The land gets formally designated a carbon credit project. After that the trees are not supposed to be cut or destroyed by fire. The developer sells these promises and keeps a cut of the money. Far away, a polluting company buys the credits instead of reducing its own emissions by a certain amount.

Trees store carbon in their tissue, which means that the taller and healthier a tree grows, the more carbon it can store. Soils and vegetation also store carbon. When a tree is chopped down, the carbon stored within it is often released into the atmosphere. If the trees are milled into large timber pieces, some of the carbon remains stored.

How do they work?

Forest carbon offsets are a subset of the multibillion-dollar carbon ‘offset’ market.

Three main types of forest carbon offsets exist: credits that sequester carbon by replanting trees, those that protect trees at risk of being chopped down, and others that promise to improve a forest’s management and increase its carbon storage.

How do trees sequester carbon?

Trees absorb carbon through their leaves, which makes them crucial for maintaining a livable climate. Via photosynthesis — the process within plants that turns sunlight into chemical energy — they breathe out oxygen as a byproduct. Carbon is permanently stored in a tree’s fibers until it dies and decomposes.

Deforestation accelerates climate change in a couple of ways: It halts plant photosynthesis, so the trees are no longer taking up carbon. It’s also often accompanied by burning, which releases lots of carbon dioxide.

What are some issues with forest offsets?

The same problem facing all types of carbon offsets: Do they actually work?

The market for forest carbon offsets has ballooned over the past decade, with many policy makers seeing them as a way to combat climate change and even finance a transition to renewable energies. However, environmental groups, scientists and other experts say offset programs can be misleading.

“The issue here is that most voluntary carbon markets are self-regulated,” said Arnaud Brohe, chief executive officer of Agendi, a climate consulting firm, and an expert on carbon markets.

Assessing the climate benefit of a credit is often hard. For a forest carbon credit to be viable, it must do something for the environment that wouldn’t take place otherwise, a crucial concept known as ‘additionality.’ Credits are valid only if those trees were at active risk of being chopped down. If the trees were already protected, the offsets are meaningless.

Another issue is leakage, which is when the protection of one stretch of forest leads to deforestation in another. There are also sometimes problems of double counting, when the same credits are tallied in two different ledgers. For example, with limited regulation, credits issued for trees protected in one place might be counted by that country plus the country that bought the credits, or some other entity.

“Even though projects might end up protecting and conserving some lands, the question is how much?” said Danny Cullenward, a California-based energy economist and lawyer who studies carbon emissions.

What is Splinterlands and how to earn money playing it

What is Splinterlands and how to earn money playing it