At least 13 people were reported missing, officials said, and videos and photos shared on social media showed ambulances rushing to the scene and much of the facade of the Hotel Saratoga destroyed, with rubble piled on the street and smoke billowing into the sky.

“There was a stink, like a chemical, that burned your nose,” said Miriam Díaz, 56, a Havana resident who lives behind the hotel and was on a bus arriving home at the time of the blast. “We couldn’t get out because the door wouldn’t open.”

The hotel was undergoing renovation work and was not open to guests at the time of the blast, government officials said.

Cuban President Miguel Díaz-Canel arrived at the scene shortly after the explosion, along with Prime Minister Manuel Marrero Cruz. The office of the Cuban presidency said on Twitter that preliminary investigations indicated the explosion, shortly before 11 a.m., was caused by a gas leak.

“Havana is in shock today after the accidental explosion of a gas tank at the Hotel Saratoga, which caused a large part of the facility to collapse,’’ Mr. Díaz-Canel wrote on Twitter. “Our deepest condolences and sincere support to the families and friends of the victims.”

The explosion at a prominent hotel called to mind a series of hotel bombings in Havana in the 1990s linked to militant exiles. But the authorities were quick to dismiss any speculation that the blast had been deliberate.

“This wasn’t in any way a bomb or an attack,” Mr. Díaz-Canel told reporters at the scene. It was “an unfortunate accident.”

The president’s office added that search and rescue efforts were still being carried out, with people potentially still trapped in the rubble. Officials suggested that the blast happened just outside the hotel.

“The whole building moved. I thought it was an earthquake,” Yazira de la Caridad told The Associated Press, describing how the explosion shook her home a block from the hotel. “I’ve still got my heart in my hand.”

An iconic building dating to the 19th century, the Hotel Saratoga had reopened in 2005 as a luxury, five-star establishment. The hotel had been closed for two years because of the coronavirus pandemic, according to its Facebook page, and was set to reopen next week. 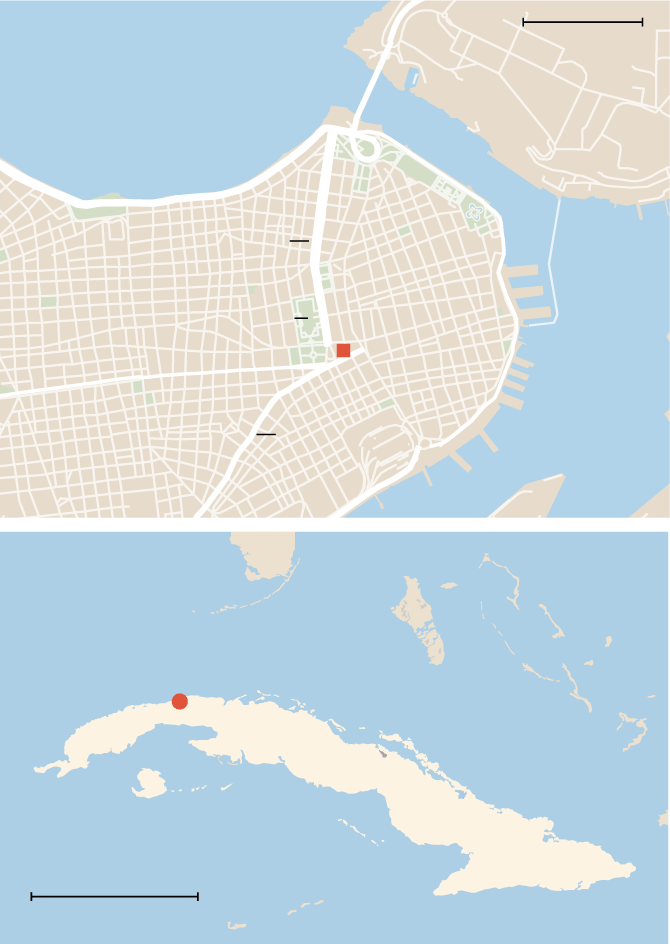 Among the buildings damaged was the nearby Concepción Arenal School. A teacher from school who did not want to give her name said several students had been wounded. She said windows were blown out, with shards of glass flying a considerable distance.

The local director of education told Cuban media that five students were injured in the blast.

“It’s shocking,” said Ms. Díaz, whose daughter attends the school but was unharmed by the blast. “It’s really very tough.”

State media reported that children were evacuated to the Capitol in the wake of the blast.

The Cuban Communist Party newspaper, Granma, said on Twitter that the explosion occurred “while liquefied gas was presumably being moved from a truck.”

Shortly after the blast, calls spread on social media for blood donations to help victims of the explosion. Photos shared online showed Cubans lining up to donate at a blood bank in Havana.

Mexico’s foreign secretary, Marcelo Ebrard, said on Friday afternoon that the upcoming visit of President Andrés Manuel López Obrador to the island would go ahead as planned.

“Our solidarity to the victims and those affected as well as to the people of this dear brotherly country,” Mr. Ebrard said on Twitter.