FA Cup fourth round: 10 things to look out for this weekend | FA Cup 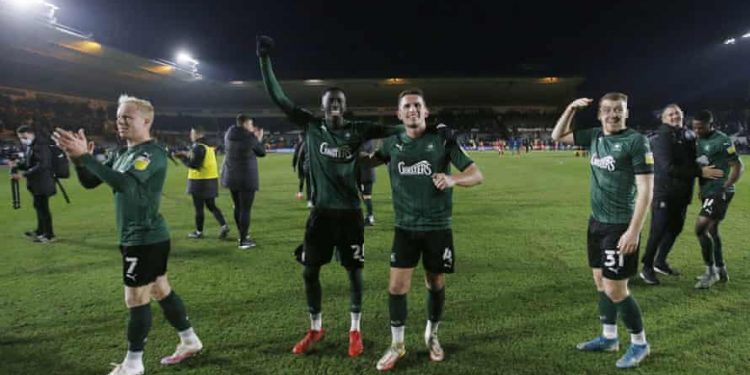 
1) Will Rangnick get more out of Pogba?

A hugely difficult week for Manchester United ends with them facing one of the form teams in the Championship. Chris Wilder, the Boro manager, has banned his players from swapping shirts with Cristiano Ronaldo, remarking they are not on a “sight-seeing tour”. His last visit to Old Trafford came with Sheffield United, their 2-1 win a rare highlight in a doomed final season, and Wilder has always had a taste for tweaking the nose of the gilded elite. Talking of which, Paul Pogba is fit enough for selection by Ralf Rangnick. Can Rangnick find Pogba a settled role in the team where José Mourinho and Ole Gunnar Solskjær failed? Or, with the Frenchman’s contract ticking down towards a free transfer, will the interim manager even try? “He might even be in the starting XI,” Rangnick said on Thursday, though Pogba would not seem an ideal fit for Rangnick’s prescribed style. JB

It was after last season’s fourth-round tie that Chelsea sacked Frank Lampard, despite beating Luton 3-1 with a Tammy Abraham hat-trick. Mason Mount was handed the armband that day, a pointed gesture from a manager knowing his likely fate. Now for the visit of Plymouth Argyle. On Thursday, Pilgrims manager Steven Schumacher, a one-time Everton youth-team colleague of Wayne Rooney, said: “I’m sure the lads will find the energy from somewhere to go away to Stamford Bridge.” His team have endured long recent trips to Fleetwood and Doncaster, while many Chelsea players have enjoyed a rest in the international window; Schumacher called that a “winter break”. Plymouth, seventh in League One, hope to emulate Bradford in 2015 and pull-off a famous FA Cup shock at Stamford Bridge. Perhaps Jordan Houghton, a former Chelsea youngster, can repeat the role of Filipe Morais, a goalscorer that day against his old club. JB

3) Ghosts of upsets past for Hammers trio

There’s a scene in the 1994 documentary, “Inside Story – the Manageress” where a 24-year-old Karren Brady, then managing director of Birmingham City, jokes down the phone with club owner David Sullivan at the prospect of facing Kidderminster Harriers in the FA Cup third round: “If they beat us, we will pack it in.” Naturally, the non-league Harriers famously ran out 2-1 winners over second-tier City. Kidderminster beat a Preston side containing David Moyes in the fourth round, only to controversially lose to West Ham in the fifth round. Brady and Sullivan stayed on at Birmingham, of course, despite the third-round embarrassment. Now vice-chairman and joint chairman of West Ham respectively, they will surely have winced at the draw this time around, even if Kidderminster are the lowest-ranked side left in the draw. The National League North side put Reading out in the last round at Aggborough – Moyes will surely not be taking them lightly. MB

Frank Lampard has arrived as the new Everton manager and will be looking to make an immediate impact, and prove the doubters wrong after a year out of work following his Chelsea sacking last January. At Stamford Bridge, his teams often looked disorganised, quickening his downfall. If he can bring the discipline that was unexpectedly lacking under his Everton predecessor, Rafa Benítez, it will be a positive start for a team that consistently concedes from set-pieces. Centre-back Michael Keane has suffered all season and was left out by Duncan Ferguson for the loss to Aston Villa. He will need his confidence rebuilding by the new Goodison Park regime. Yerry Mina, Mason Holgate and Ben Godfrey are the other options at centre-back and it will be important to select the right pairing for the long-term, in order to build a base to the newly-formed spine of his team. WU

Cambridge’s reward for eliminating Newcastle in the third round was winning hearts and minds, rather than a lucrative away tie at a Premier League giant. Instead, the mid-table League One side have drawn Luton at home, and in the words of full-back George Williams, it feels like a “free hit”, though it will for both teams. Nathan Jones’s Luton side are within reach of a Championship playoff place, having picked 17 points in their last eight matches. That momentum began after almost a month of Covid cancellations when they crushed Harrogate in the third round. The Hatters beat Swansea in midweek and host Barnsley on Tuesday, so Jones may rest players. Their hosts welcome the BBC’s live cameras for the first time since 2015, when the U’s held Manchester United in a memorable Friday night encounter. JB

6) Mitrovic a man with point to prove

Premier League leaders Manchester City face their Championship equivalents at the Etihad. Both teams are scoring at will: City have 55 goals in the league already this season but that is eclipsed by Fulham’s 74. Aleksandar Mitrovic is a key reason behind the net-bulging at Craven Cottage, thanks to his 28 goals in 26 league games. The Serb striker has rarely convinced as a top-flight player since arriving at Newcastle in 2015 but will be relishing the prospect of threatening the City centre-backs to help prove he can shine against the best, especially with a potential promotion on the line at the end of the season. Mitrovic’s best top-flight return was 11 goals with Fulham in 2018-18. It is a respectable figure but Mitrovic will feel he can do more, starting on Saturday. WU

Spurs’ FA Cup tie against Brighton will likely come too soon for Antonio Conte’s new signings, Dejan Kulusevski and Rodrigo Bentancur, with the latter only meeting his new teammates for the first time on Thursday following the approval of his work permit. That means potential opportunities for Oliver Skipp, Harry Winks and Pierre-Emile Højbjerg to show that they merit a place in Conte’s new-look midfield. With games in hand on the teams above them and a top-four finish still very much a possibility, some managers might choose to protect their players in the Cup. Having not played a game for nearly two weeks, Conte would be foolish to rest any of his strongest XI here though , especially after the scare at home to Morecambe in the last round. Skipp, Winks and Hojbjerg will surely be eager to show they are not as disposable as the departed Giovani Lo Celso, Dele Alli and Tanguy Ndombele come the end of the campaign. MB

Arsenal found out about the double threat of Nottingham Forest’s Djed Spence and Brennan Johnson to their cost in the third round. They will once again be key to Forest’s chances of success against East Midlands rivals Leicester. The pair have seemingly synchronised down the right flank to terrorise left-backs. Luke Thomas is the current incumbent at Leicester, having started the last two games following Timothy Castagne’s injury. The 20-year-old has impressed when called upon this season but Forest will be confident of causing problems against an inexperienced defender who will need cover from the winger in front of him. Spence and Johnson have been the subject of offers from Premier League clubs in January and will be more than happy to show prospective buyers they are worth another bid in the summer. WU

9) Cardiff may not match Wembley effort

Cardiff travel to Anfield on Sunday in a repeat of the 2012 League Cup final, in which Liverpool ran out winners at Wembley after a penalty shootout. Things should not be so close this time around, especially with Cardiff losing their attacking talisman, Kieffer Moore, to Bournemouth on transfer deadline day. City also lost Ryan Giles, recalled by parent club Wolves and now on loan at Blackburn – only two players in the Championship have more assists than the 22-year-old. Jordan Hugill has been added to the Bluebirds front line but this feels like a tough ask for Steve Morison, who has already admitted he will make changes from the side that beat Barnsley on Wednesday. For Liverpool, this might be an opportunity to rest key players before a tricky Premier League test against Leicester in midweek. MB

It’s been quite the journey for Adrian Clifton. After serving three prison sentences as a youth, the striker has played for nine clubs, but is now a towering presence up top for Boreham Wood. The boyhood Arsenal fan scored with his third touch to seal a shock third-round win over AFC Wimbledon – celebrating with a textbook Thierry Henry knee slide. Boreham Wood have yet to lose at home this season and were disappointed by the draw away at Bournemouth. It is a bad combination: not exactly a big day out (the 11,329-capacity Vitality Stadium is smaller than some National League grounds) but also a meeting with an excellent side boosted by a string of high-profile January signings. The Cherries are pushing for promotion to the Premier League but will be wary of being turned over by unfancied opponents. MB

Tramlines on track to sell out as more big names announced