Fabulous Fall Grasses for the Mid-Atlantic

It is that time of year again when the days become shorter and the temperatures drop. Autumn brings some of the most brilliant garden displays of the year, and there is no better way to ring in the season than with a few gorgeous grasses. These versatile plants offer a range of foliage colors, textures, and showy late-season inflorescences. Plant them in containers, dot a few throughout the garden as punctuation, or go for broke by planting them in show-stopping masses. The Mid-Atlantic gardener can find a grass that works well anywhere. Here are a few to get started.

If you think pink muhly grass has an amazing fall flower display, you will not be disappointed with the nativar ‘White Cloud’. Blooming a little later than the species, it grows in full sun and is native to the eastern United States. Reaching about 3 to 4 feet tall and 2 to 3 feet wide, it will tolerate drought conditions but prefers dry to medium soil. Be sure to leave the plant up for the winter season, as it adds wonderful structure to the garden.

Another native to the eastern United States, this interesting grass can be found growing naturally on sunny, rocky slopes and bluffs or in shadier woodland areas. Northern sea oats has earned a reputation for being a thug, as it seeds around aggressively, so a small garden setting may not be the best spot for this grass. However, if you have an area where it can naturalize, like the edge of the woods or meadow, it is worth considering because not many plants have such a striking display. It does best in medium to wet soil but will tolerate drought conditions. The flat, dangling seed heads flutter in the breeze, and both the foliage and seed heads turn a beautiful coppery brown by the time winter arrives. They can be cut and dried beautifully for flower arranging.

Although feather reed grass is not native to North America, it is a great plant nonetheless. This species performs best in medium to wet soil and should not be allowed to dry out. Preferring full sun, it will also perform just fine in a slightly shady spot. The fluffy, pink-tinged flowers are at their peak from September to November. It tends to grow slowly, forming clumps rather than spreading out, so be patient. On a positive note, it does very well in the heavy clay soil that we tend to have in the Mid-Atlantic.

Turning from a dusty blue with maroon-tinged blade tips to various shades of red, the autumn display of ‘Standing Ovation’ holds its own against the bigger grasses. Reaching about 2 to 4 feet tall, it will only spread about 2 feet wide. This cultivar also has more rigid foliage, standing up through the ice and snow of Mid-Atlantic winters. Growing in full sun and dry to medium soil, this grass has a whopping bloom time of nearly six months. ‘Standing Ovation’ begins blooming around August and holds on to its inflorescences until it can be cut back for the spring in February or March.

—Michele Christiano has worked in public gardens for most of her career. She lives in southern Pennsylvania and currently works as an estate gardener maintaining a private garden designed by Piet Oudolf. 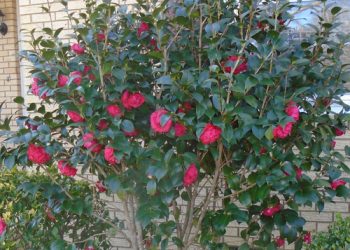 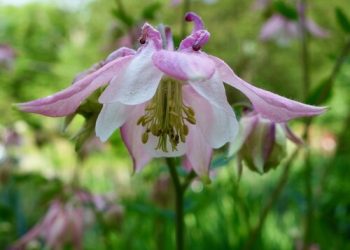 Surprises and Lessons From Barbara’s Garden

Today’s photos are from Barbara... 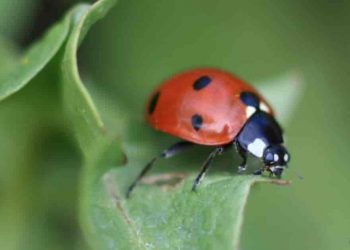 If you’ve read PlantCareToday.com for... 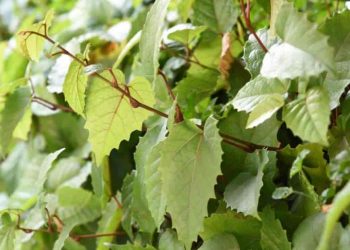 How to Grow and Care for Kangaroo Vine

Have you ever wanted a... 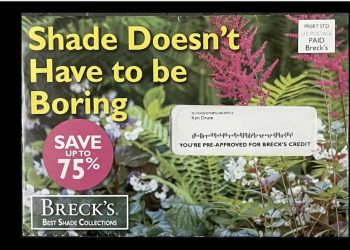 tips for the shade gardener, from ken druse

THE OTHER NIGHT I hosted...