Facebook said prices for digital advertisements are soaring amid a boom in demand, a day after Google said it was enjoying a similar dramatic benefit from the pandemic.

David Wehner, Facebook’s chief financial officer, said the quarter’s revenue growth was driven in particular by a 30 per cent year-over-year rise in average price per ad — a sign of high demand — and a 12 per cent increase in “the number of ads delivered”.

He added: “We expect that advertising revenue growth will continue to be primarily driven by price during the rest of 2021.”

The social media group’s shares rose 6.4 per cent in the wake of the news, hitting a record of more than $326.


The company, which makes the majority of its revenue from selling targeted advertising, has poured investment into new tools for video chatting and online shopping as entertainment-starved users have been stuck at home during pandemic lockdowns.

Over the past week, Facebook announced plans to introduce audio and podcasting features, as well as ways for Instagram influencers to more easily make money by promoting brands or selling their own products.

Monthly active users rose 10 per cent year-over-year to 2.85bn as of March 31. Monthly users of its family of applications — which include WhatsApp and Instagram — increased 15 per cent to 3.45bn.

“Even in these challenging times, these results show continued share gains relative to the overall digital advertising market, implying that value and market share gains within internet and digital media continue to accrue to the largest players, namely Alphabet (Google) and Facebook,” said Youssef Squali, analyst and managing director at Truist Securities.

In its guidance, Facebook said it expected second-quarter revenue growth would “remain stable or modestly accelerate relative” to its latest earnings, after advertisers curbed spending massively in the second quarter of last year when the pandemic hit the US and Europe. But it said the pace of growth would “significantly decelerate” in the third and fourth quarters, given higher comparators.

The company also on Wednesday reiterated previous warnings over the introduction this week of Apple’s new privacy policies, which ban apps and advertisers from collecting data about iPhone users without their explicit consent, saying it expected “ad targeting headwinds” from the changes “to begin having an impact in the second quarter”. 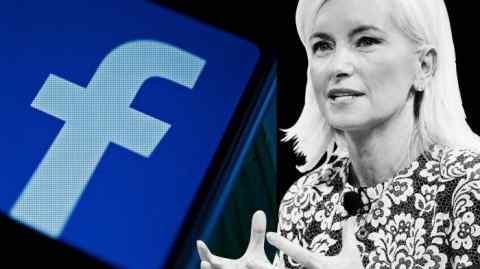 Most users are expected to decline to be tracked, dealing a blow to app developers and the advertising industry. On a call with analysts, Sheryl Sandberg, Facebook’s chief operating officer, said the company had developed ways to help advertisers “mitigate” the impact of the changes.

“We’re rebuilding meaningful elements of our ad tech so that our system continues to perform when we have access to less data in the future,” she added, suggesting the company might focus on using more user data that it collects directly from its own platform, rather than from third parties, to target advertising.

Facebook had previously embarked on a lobbying offensive against the changes, arguing that Apple is motivated by profit rather than privacy. But Zuckerberg recently suggested the update could actually be a boon to Facebook if it encourages companies to switch their budgets away from advertising and towards direct commerce.

DealerSocket to be acquired by Solera