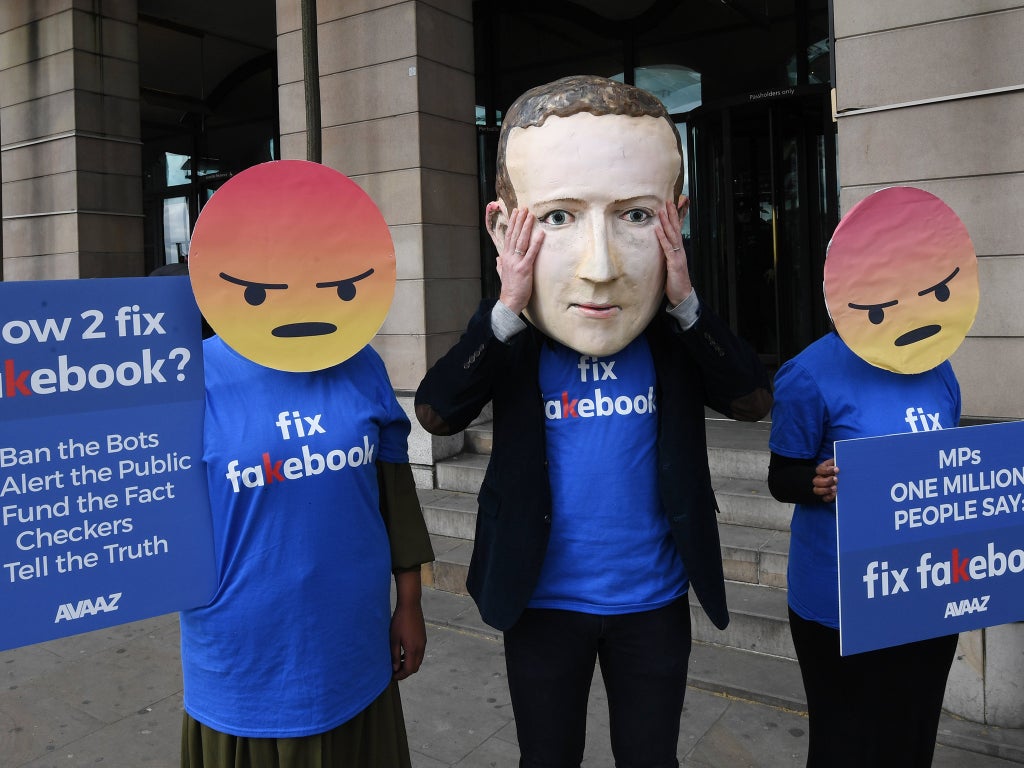 Facebook is struggling to count how many of its users are actually duplicate accounts and may be estimating the number too low, a new report suggests.

According to the Wall Street Journal, Facebook employees said in an internal presentation this spring that the social media giant’s system for detecting double accounts tends to undercount them.

A study of 5,000 recent sign-ups to the service reportedly indicated that at least 32 per cent and up to 56 per cent actually belonged to existing users, calling multiple accounts “very prevalent”.

That would raise questions about the estimates that Facebook gives to advertisers about how many users they are likely to reach, potentially casting doubt on a core buttress of Facebook’s bottom line.

Facebook’s share price separately fell by as much as 6 per cent on Thursday after its rival Snapchat revealed that a new privacy crackdown on iPhones had eaten into its advertising revenue.

A spokesman for Facebook told the Wall Street Journal: “It’s not a revelation that we study duplicate accounts, and this snapshot of information doesn’t tell the full story.

“Nothing in this story changes the estimate of duplicate accounts we disclose in our public filings, which includes new users, or that we provide context on in our ad products, ad interfaces, in our help centres, and in other places.”

He said that advertisers continue to use Facebook because it gets them the results they want.

Facebook’s mammoth $964 billion (£699 billion) market value is in part underpinned by its ability to give advertisers accurate statistics, and many use Facebook’s estimates of their potential audience to inform how they spend their money.

The company says in its quarterly public reports that about 10 per cent of its nearly 3 billion listed users are fake or duplicate accounts.

According to the WSJ, however, Facebook staff are concerned that its estimates to advertisers may count many duplicate accounts, which often occur when users get locked out of their original profiles and make new ones.

One memo reportedly found that Facebook’s estimates of the number of regularly active users in their twenties in the US, its most lucrative market, were often greater than the total population of American twentysomethings.

Researchers calculated that one specific type of advertising campaign could have its estimated reach cut by about 2.2 per cent, or sometimes as high was 10 per cent, the Journal said.

The company is currently fighting a lawsuit by advertisers who accuse it of knowingly overstating the number of people their messages might reach, which Facebook denies.

End of Boris and co peddling dodgy data? Government to get statistics masterclasses before Christmas

The ITV show is currently...

End of Boris and co peddling dodgy data? Government to get statistics masterclasses before Christmas