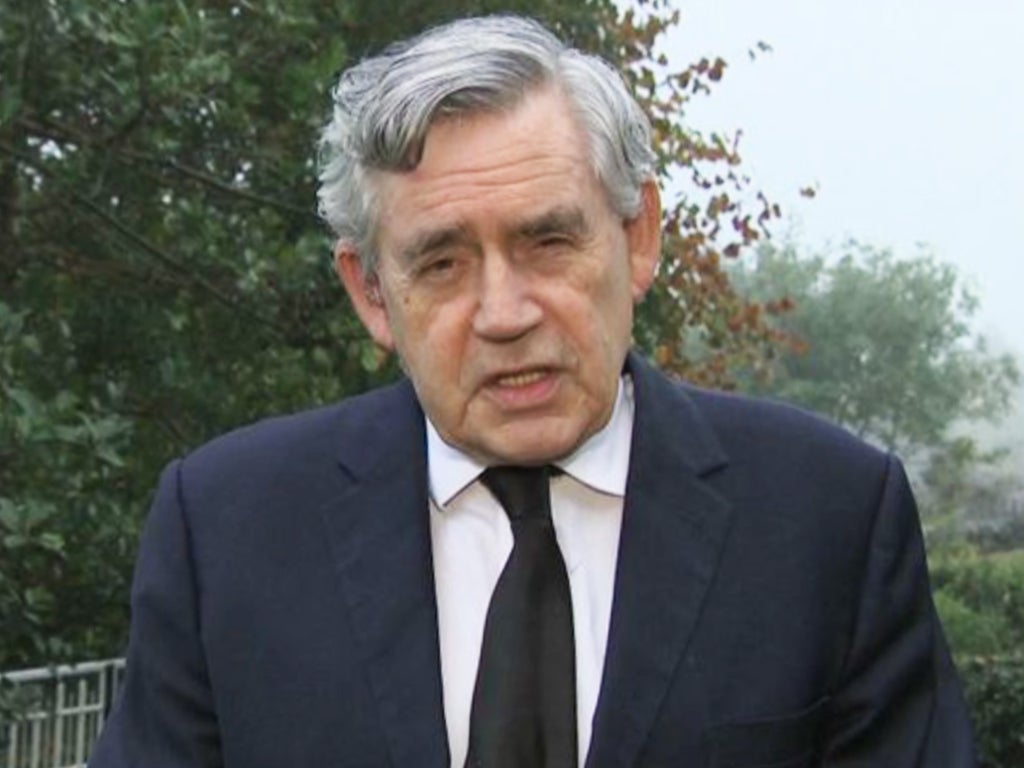 The “criminal” failure of rich countries like Britain to send unused coronavirus vaccines to the developing world is “the biggest public policy failure at an international level for years”, former prime minister Gordon Brown has said.

The former PM said that new figures show 240 million vaccines are lying unused in Europe and America, as many as 100m of which will eventually be discarded after passing their use-by date.

And he said that over-ordering by rich countries meant that the stockpile of unused doses was rising fast and likely to hit 1 billion by January even after booster campaigns have offered third jabs to those whose protection is waning.

Boris Johnson’s call at the G7 summit in Cornwall in June for the whole world to be offered a vaccine by the end of 2022 raised eyebrows because of the UK’s decision to order many times more doses than required to protect its own population, as well as its opposition to intellectual property waivers which could allow developing countries to start manufacturing their own jabs.

In the event, the summit fell short of Mr Johnson’s ambitions, promising just 1 billion doses by next year – a fraction of the 11bn which the World Health Organisation (WHO) believes are needed to vaccinate 70 per cent of the world’s adults.

Mr Brown told Sky News’s Sunday with Trevor Phillips: “There are 240 million vaccines that are lying in Europe and America that are unused and not likely to be used for months – many of them may go to waste and that would be criminal.

“(They) could immediately be airlifted out to those countries where the level of vaccination is so low that not even the nurses and doctors are protected, and certainly not the elderly and vulnerable.

“Boris Johnson promised at the G7 that he was going to vaccinate the whole world. He made this bold announcement that by next year everybody would be vaccinated who was an adult in the developing world as well as the developed world. But since then, so little has happened.”

Mr Brown said that a WHO target of protecting at least 10 per cent of the population of every country in the world by September had already been missed, and that later goals to reach 40 per cent by December and 70 per cent by next year were also unlikely to be met.

“We’ve got to take action immediately to use these unused vaccines to save lives,” he said. “A hundred thousand lives have been saved in Britain because of 100 million vaccines. How many more lives can be saved in the rest of the world if we get these vaccines to people who need them?”

Mr Brown blamed a “lack of coordination” for the missed targets and said that only national leaders of the G7 countries, as well as European Union chiefs, were able to break the logjam.

“If President Biden, Boris Johnson, Ursula von der Leyen at the European Union, Justin Trudeau, if they came together, they would find that they had these unused vaccines, that they’re not going to use them,” he said. “Even after all the boosters, they are excess vaccines that are not going to be used and they should get them out as quickly as possible.

“Month by month, this number of extra vaccines will grow another 200 million next month, 200 million by the end of the year, a billion in total by January.

“We’ve got to get them to the people who need them, otherwise people will say that the neglect is unacceptable.

“If 100 million or so vaccines – as we predict – go to waste because they pass their use-by date, this is the biggest public policy failure at an international level for years in peacetime.

“To save hundreds of thousands of lives by using the vaccine, the miracle of which is available to us, is something that needs the coordination of the leaders. Only they could release the vaccines, not the IMF or the World Health Organisation, the leaders have got to make that decision. They ordered the vaccines, they over-ordered, and they can now make them available.”