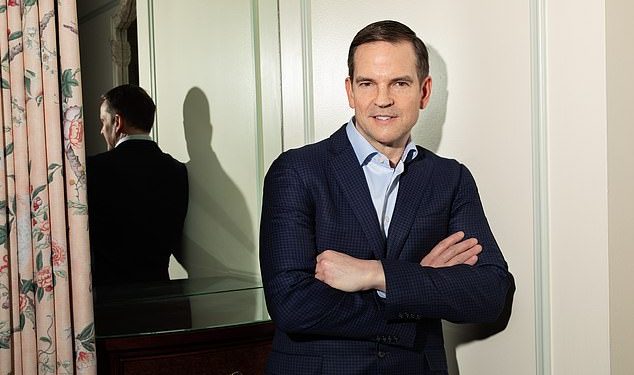 
A wild story will likely end with a man who claimed he was an ex-CIA spy in jail for stealing money from a billionaire in exchange for what was referred to as ‘off the books’ paramilitary missions.

Matthew Marshall, 51, pleaded guilty to wire fraud, money laundering and tax evasion last November as part of the case for his supposed action on behalf of venture capitalist Michael Goguen, who himself has numerous accusations of sexual impropriety on the books, as well as a civil suit involving Marshall.

Goguen, 57, allegedly sent Marshall over $2million for multiple missions between 2013 and 2015.

Among Goguen’s assignments for Marshall, who served as Goguen’s head of security: a plan to lead assault teams on rescue missions and according to court filings, to ‘strike Syrian terrorist leaders.’

Marshall, according to court filings, embezzled the cash for himself and used it on ‘loans and gifts to friends and family.’ 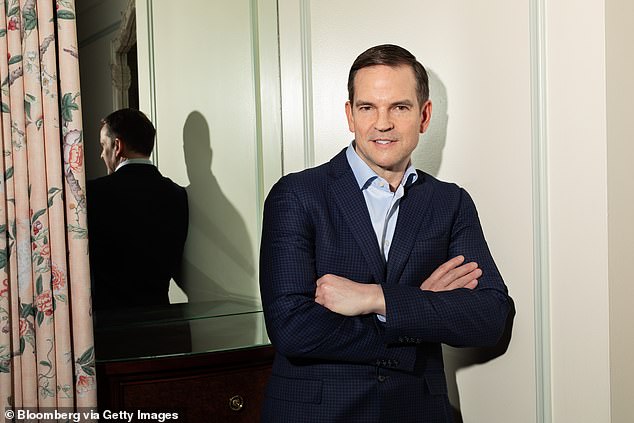 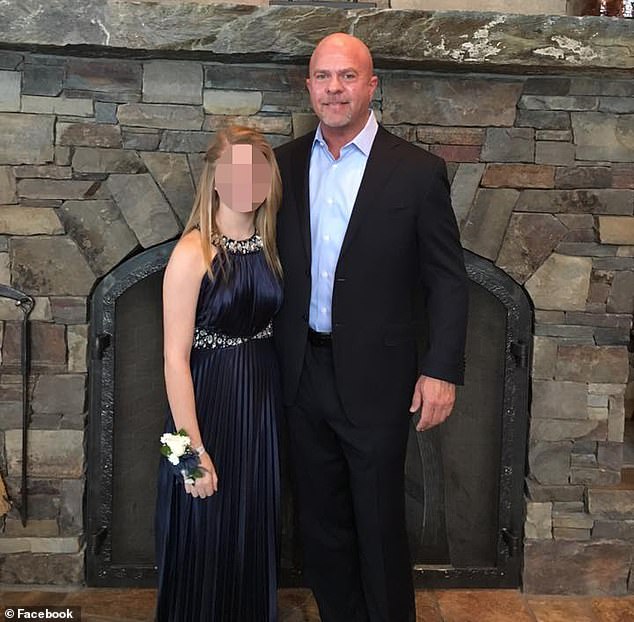 Goguen said the allegations were ‘a ‘last gasp’ attempt by recently convicted felon Matthew Marshall to cause my family and I as much damage as possible before his upcoming sentencing.’ Marshall is a former employee of Goguen who was one of four ex-workers to file a lawsuit against him

Goguen admitted to The Daily Beast that he’d been had by the former CIA spy.

‘He was really pulling on the hero-complex strings,’ he said of their relationship.

According to his sentencing memorandumMarshall is accused of using prayer beads he claimed he had taken off the body of a dead terrorist to convince Goguen of his CIA past.

Marshall old told Goguen he served in ‘Force Reconnaissance,’ a made up unit of the Marines. To further convince Goguen, he even got a tattoo of a logo. He went as far as to claim the Hollywood movie Sicario 2: Day of the Soldado was based on him.

The conman only served in the Marine reserves, accrued 82 absences and was given an ‘other than honorable’ discharge.

As he started getting found out, Marshall created fake phone numbers to send himself texts from doctors at the Mayo Clinic. The scam: he had contracted a ‘life-threatening medical condition.’ 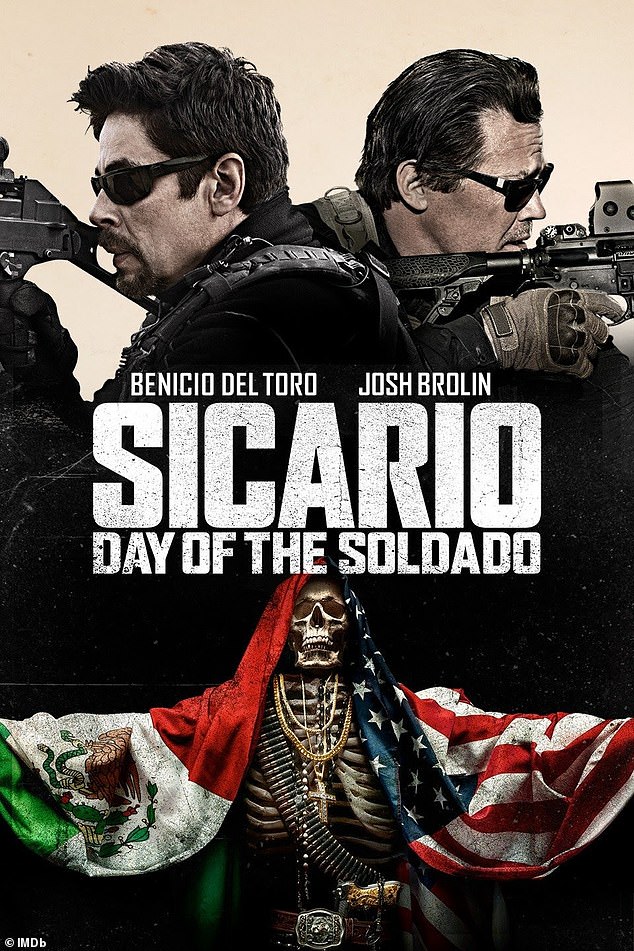 Marshall went as far as to claim the Hollywood movie Sicario 2: Day of the Soldado was based on him 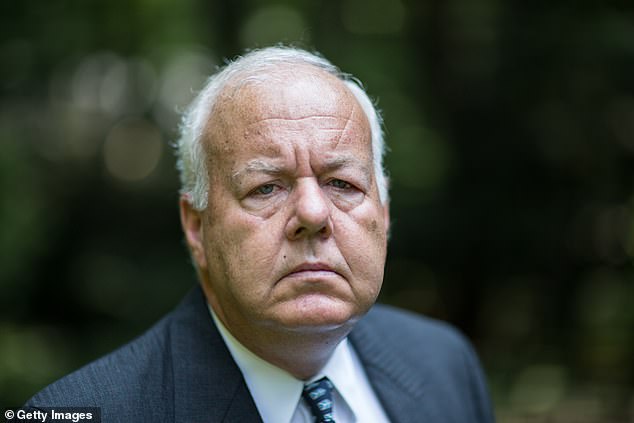 Marshall has a sordid past: In 1996, he was hired as an Indiana State Trooper and ‘neglected to disclose’ that he had to resign from another police department in the state because he became a suspect in a burglary.

‘Marshall’s crimes of wire fraud, money laundering, and tax evasion went far beyond the mere theft of money,’ a spokesperson for Goguen said. ‘They demeaned the dignity of real victims of terrorism and besmirched the valiant men and women of our military and the intelligence community who risk their lives.’

Marshall’s attorney has not responded to requests for comment but in a sentencing memo said the man was a ’51-year-old husband and father of three children who…is a veteran of the United States Marine Corps and a man who has dedicated his adult life to public service.’

The government has recommended Marshall serve seven years and three months in prison, while his attorney has asked for just two years.

‘If ever there were a defendant standing before this Court who is as remorseful as he is committed to never finding himself in this situation again, it is Marshall,’ the memo said.

There may be another twist to the story, however, as Marshall and three other plaintiffs are involved in a civil suit against Goguen, alleging the billionaire had a ‘sexual enterprise’ in his hometown of Whitefish, Montana. 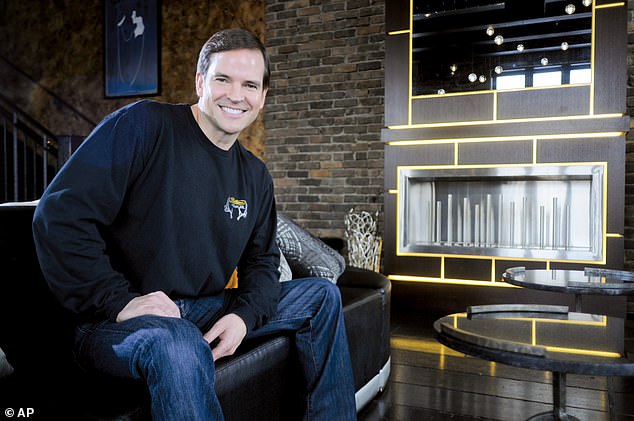 There may be another twist to the story, however, as Marshall and three other plaintiffs are involved in a civil suit against Goguen, alleging the billionaire had a ‘sexual enterprise’ in his hometown of Whitefish, Montana

The also allege that he used safe houses to conduct ‘illicit activity’ and tried to have his enemies killed.

The civil suit is described as a ‘sham’ by Goguen’s spokesperson, who said Marshall is ‘using the legal process to peddle his false slander to tabloids.’

And indeed, some of the claims made in the lawsuit were not substantiated but Goguen’s lifestyle has been the subject of several accusations.

Goguen, a former partner at venture capitalist Sequoia Capital who was fired by the firm over a sexual misconduct allegation in 2016, is also accused of paying an underage woman to keep quiet about their sexual relationship, according to the New York Post.

‘The ridiculous and defamatory published in the New York POST article yesterday was the ‘last gasp’ attempt by recently convicted felon Matthew Marshall to cause my family and I as much damage as possible before his upcoming sentencing,’ Goguen told the Post on Sunday.

Marshall is one of four former employees of Goguen’s Amyntor Group LLC, a security contractor, who filed a 135-page lawsuit against their onetime boss in February

The legal filing alleges that Goguen, who is currently married to his fourth wife, allegedly kept a ‘harem’ of ‘numerous women, including married women, strippers, and prostitutes,’ who he bought homes for and used for ‘illicit sexual activity.’

Marshall, the former head of Amyntor who quickly grew to become Goguen’s ‘right-hand man,’ pled guilty to wire fraud and other charges earlier this month.

The explosive lawsuit claims the investor met with the women at various safe houses or at a ‘boom boom’ room in the basement of his bar in Whitefish, a small town in Montana where he now lives. 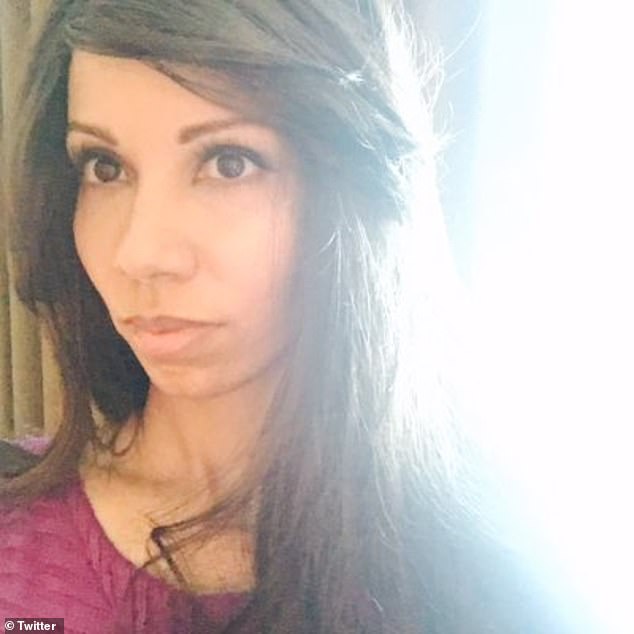 Goguen was fired by Sequoia Capital, a Silicon Valley venture capital firm, after he was sued by Amber Baptiste (above), who claimed that she was sexually and physically abused by him

The married billionaire, who has two children, once asked his employee to arrange a hit on a former friend who knew too much about his personal life, according to the lawsuit.

A retired Whitefish police chief now says that Goguen – whom he compared to serial predators Harvey Weinstein and Jeffrey Epstein – ‘has to be stopped.’

These are the latest allegations of sexual impropriety leveled against Goguen, who in 2016 was accused of ‘countless hours of forced sodomy’ by his former girlfriend, exotic dancer Amber Baptiste. 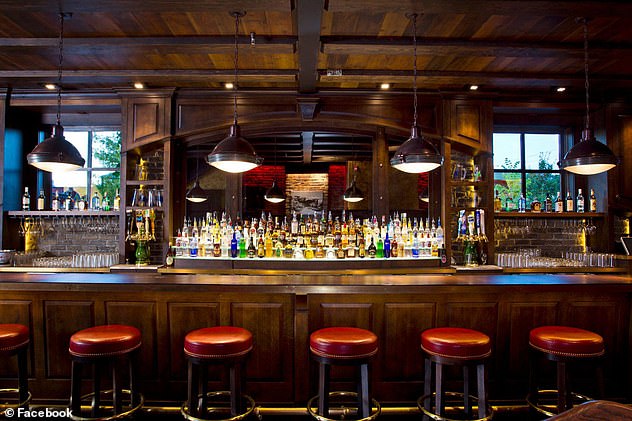 Some of the encounters, which allegedly involved underage women, took place in the basement of Casey’s, a bar owned by Goguen in Whitefish, Montana 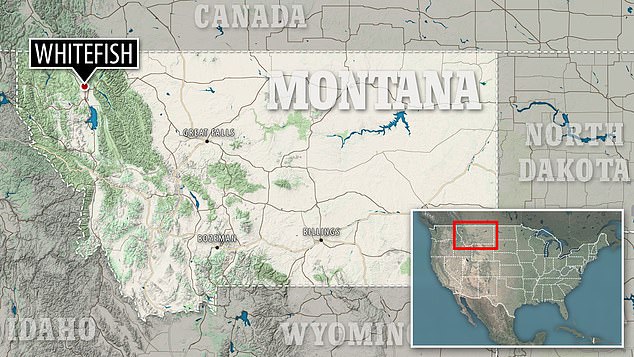 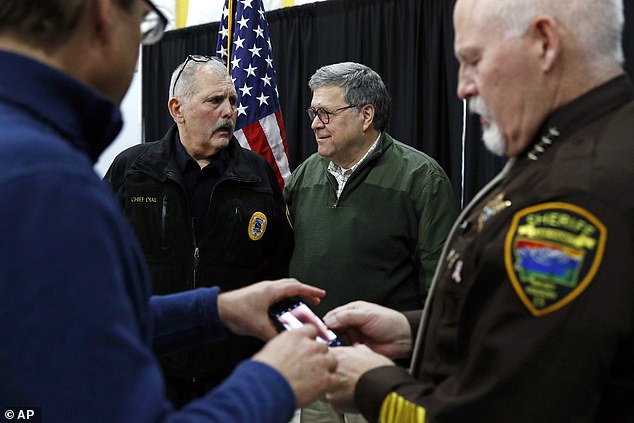 The lawsuit lays out a complex operation headed by Goguen to protect his simultaneous affairs.

The breakdown of the operation, and the employees who helped it run, can be traced through multiple guilty pleas by former employees and associates who threatened to speak out about the alleged scheme.

The tech investor is worth more than $5billion, according to the New York Post.

He flew some of the women in his private $42 million jet.

The benefits of peripheral vision for machines