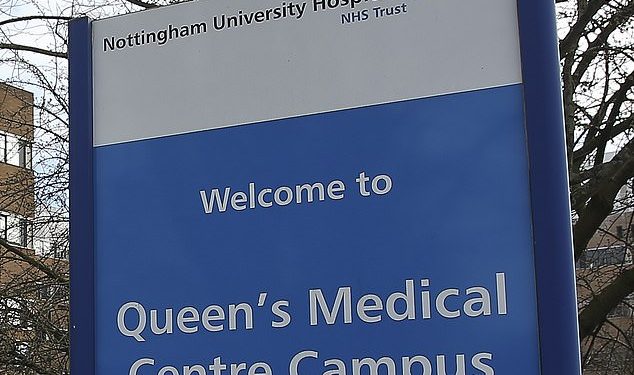 Around 100 families have written to Health Secretary Sajid Javid demanding he appoint maternity expert Donna Ockenden to lead a second independent review into Nottingham University Hospitals NHS Trust, where at least nine babies and three mothers have died over the past three years.

Last week Mrs Ockenden delivered her report on the UK’s biggest maternity scandal at Shrewsbury and Telford Hospital NHS Trust, where at least 201 babies and nine mothers died because of substandard care.

She said the situation in Shrewsbury is not ‘unique’ and called for 15 ‘immediate and essential actions’ implemented by all England trusts providing maternity services. 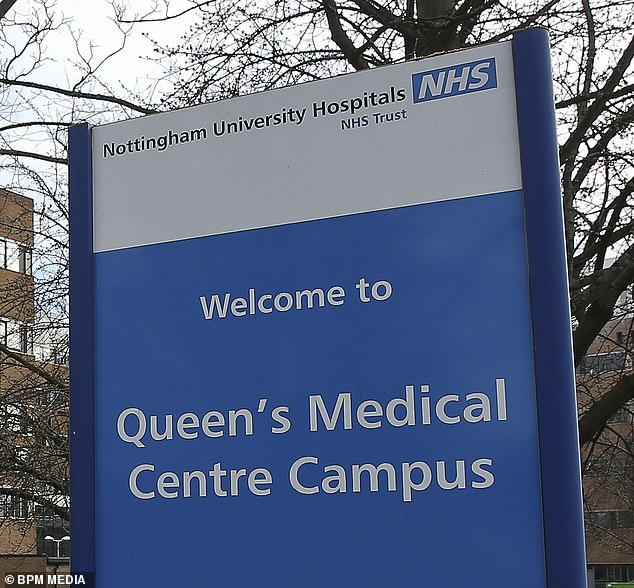 Around 100 families have demanded a review into Nottingham University Hospitals NHS Trust, where at least nine babies and three mothers have died over the past three years. Pictured: Queen’s Medical Centre (QMC), operated by NUH 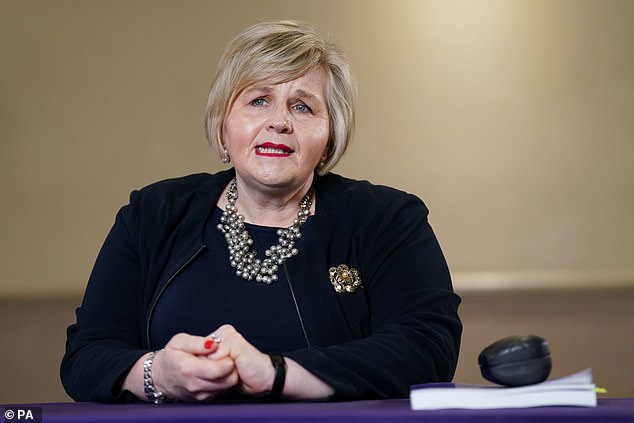 The Nottingham families say they are aware of at least 34 investigations following adverse maternity incidents at NUH since 2018, including three maternal deaths, four babies who died soon after birth, five stillbirths and 22 babies left with severe brain damage.

A ‘thematic review,’ ordered by the local NHS commissioning group and NHS England last summer, is already underway but families say they have little faith that it will get to the truth of why their children died or were harmed.

Ockenden herself highlighted the fact that – despite repeated reviews by health watchdogs sent in to investigate what was happening at Shrewsbury – little changed and poor care was allowed to continue for decades.

Dr Jack Hawkins, a former medic employed at NUH whose daughter Harriet was still-born because of maternity failings in April 2016, said babies, mothers and families would continue to receive unsafe care and die unless Ockenden was appointed and a public inquiry launched.

‘We are writing to the Health Secretary because I don’t want Harriet to die in vain,’ he said.

‘Despite repeated investigations and promises, nothing has changed. We have 117 families in our private Facebook group who’ve suffered because of maternity failings at NUH and their stories are harrowing. The most recent baby death was in November.

‘We have got an urgent problem here because mothers and babies are still coming to harm. The thematic review is the latest in a series of reviews but we don’t have any confidence in the process.

‘These aren’t tragic, isolated incidences, there are hundreds of people harmed. We need someone to come in to make changes to ensure maternity safety.’

‘The thematic review so far has been less than impactful, understaffed and moving with the viscosity of treacle. How can the public have faith in this process? The only answer is Donna Ockenden and a public inquiry.’ 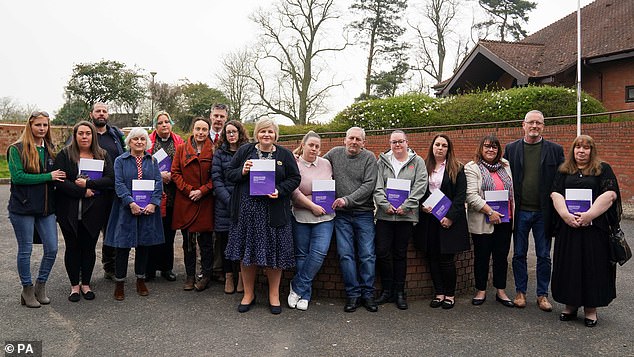 The Ockenden report looked at 1,862 cases within the maternity unit at Shrewsbury and Telford NHS Trust, with most of the incidents taking place between 2000 and 2019

The families say they are concerned about the independence of the review, which they claim has been commissioned by two former employees of NUH and that not enough is being done to reach out to those potentially affected.

There have been just two adverts placed on social media about the review last month and, despite the limited advertising, the number of families contacting the review team has jumped from 84 to more than 460 in little over two weeks.

They also say the review team, which has just three clinical leads, compared to 76 in Ockenden’s team, ought to be better staffed.

At another inspection last month the maternity units at both the City Hospital and Queen’s Medical Centre (QMC), operated by NUH, were issued with a notice to say services were ‘falling below standards legally required.’

The CQC letter said ‘women attending triage were not consistently reviewed within 15 minutes’ at both units.

The watchdog also highlighted ‘increases in stillbirths’ at City Hospital but said ‘no apparent rationale had been established’.

With a whiff, ‘e-nose’ can sense fine whiskey