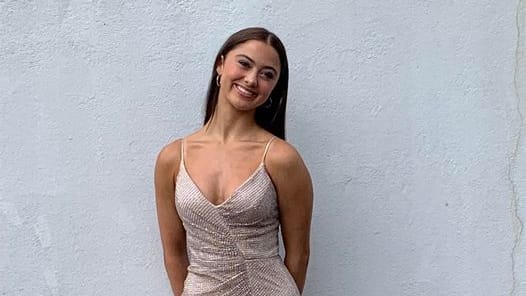 Kailia Posey, the child pageant star of Toddlers & Tiaras, died by suicide, her family has said.

On Monday, it was reported that Posey, who turned 16 last month, had been found dead in a car at a Birch Bay State Park, in Washington state, but no cause of death was given.

On Tuesday, Posey’s deeply religious family told TMZ that she had taken her own life, saying in a statement, “Although she was an accomplished teenager with a bright future ahead of her, unfortunately in one impetuous moment, she made the rash decision to end her earthly life.”

The family added, “She won countless crowns & trophies after competing on the pageant circuit her entire life… Her highly acclaimed talent as a contortionist had already led to professional touring job offers, and she had recently been selected to be a cheerleader at her high school next fall.”

The family have now set up the Kailia Posey Teen Crisis Intervention Fund, which will aim to get “much needed resources to students in crisis.”

In pictures posted on Facebook over the weekend, Posey, the breakout star of the TLC series on child beauty pageants, which ran from 2009 to 2013, thanks in part to her cheeky grin, was smiling and apparently happy with her friends as she attended her high-school prom.

Just last week her mother, Marcy Posey Gatterman, also posted that she had been selected for her school cheerleading team, Lynden High School in Washington. Her mother wrote that the family were “screaming around this house” after receiving the news.

Washington State Police confirmed to DailyMail.com that authorities were investigating a juvenile death at Birch Bay State Park, in Blaine.

Friends and fans of Posey have been recalling memories online and offering condolences to the family.

“Can’t even believe this has happened. I’m praying for you guys to get through this. She always was so kind to all of us. Rest In Peace,” America’s Got Talent magician Kadan Rockett wrote on Instagram.

If you or a loved one are struggling with suicidal thoughts, please reach out to the National Suicide Prevention Lifeline at 1-800-273-TALK (8255), or contact the Crisis Text Line by texting TALK to 741741