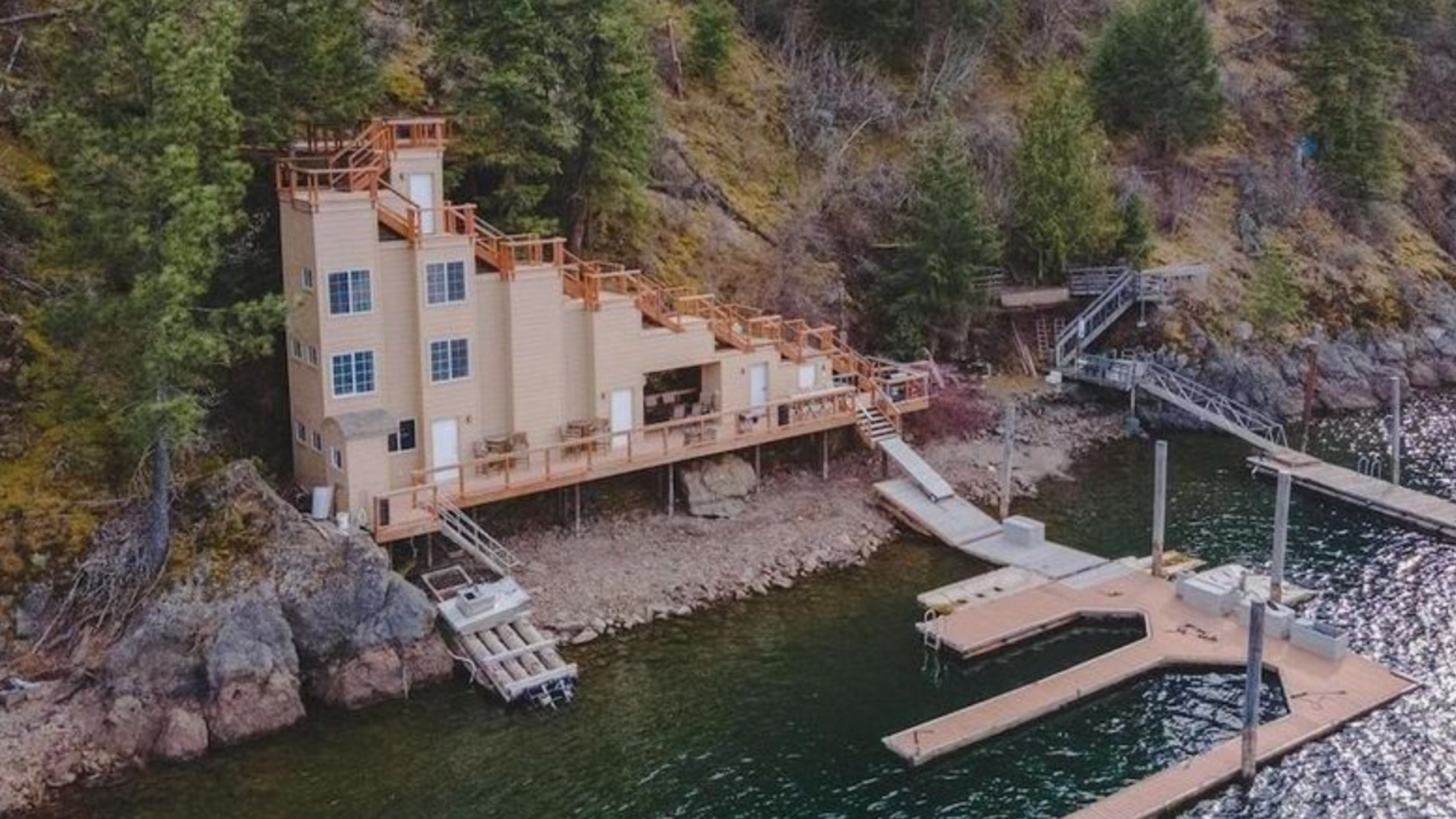 An architectural wonder of a lakefront house is up for sale in Coeur D’Alene, Idaho, recently named the hottest housing market in the country by the Wall Street Journal and realtor.com.

Modeled to look like one giant staircase overlooking the Coeur D’Alene Lake in the Idaho Panhandle, 125282 Coeur Dalene Lk sits on 1.38 acres of land and asks $695,000. The 936-square-foot home’s stepped look is extremely interesting architecturally, but may be a bit challenging for everyday life — despite five levels, it does not have a legal bedroom, a bathroom or running water.

Instead, it has an expansive deck that winds around the narrow house and goes straight to the roof. The house was built on stilts on the only strip of buildable land on the lot — the rest of the acreage is a steep wooded hillside.

Inside, there’s a small kitchen with a refrigerator, a microwave and a deep freeze, as well as granite countertops. There’s also an incinerating toilet, and plenty of room for sleeping, with photos showing built-in bunk beds and mattresses stuffed in different corners of the space.

“There’s nothing else like this home on the lake,” listing agent Lisa Ciraulo of the local Professional Realty Services told reatlor.com. “The architecture is a very unique design, something that you won’t find very often. It was an idea that the seller had and just wanted to kind of work with it and see it grow.”

It had been a passion project for the current owner, who spent 15-plus years securing the proper authorization to build the house — Ciraulo notes that it has been “expertly crafted” and signed off on by an engineering company.

The house also comes with 100 feet of lake frontage and a 900-square-foot dock.

“It’s bigger than any other dock that’s allowed with a single-family residence,” Ciraulo said. “It was grandfathered in, so it has extra space.”

The house is a short boat ride from Higgens Point in the lakeside community of Coeur D’Alene, where average home prices rose over 47 percent from last year to $476,900, according to a report by the Wall Street Journal and realtor.com.