Fans hail the return of ‘Queen of Coachella’ Vanessa Hudgens 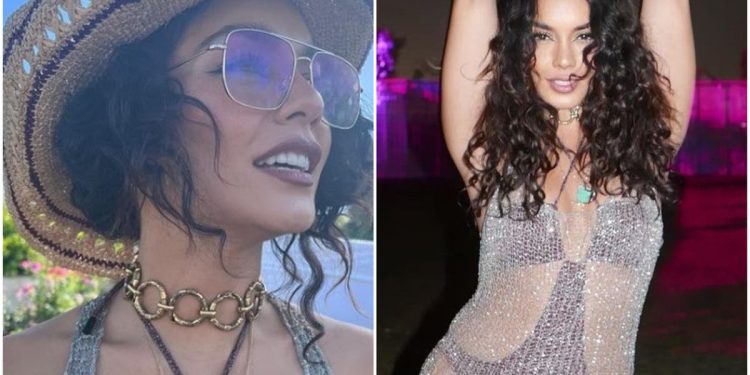 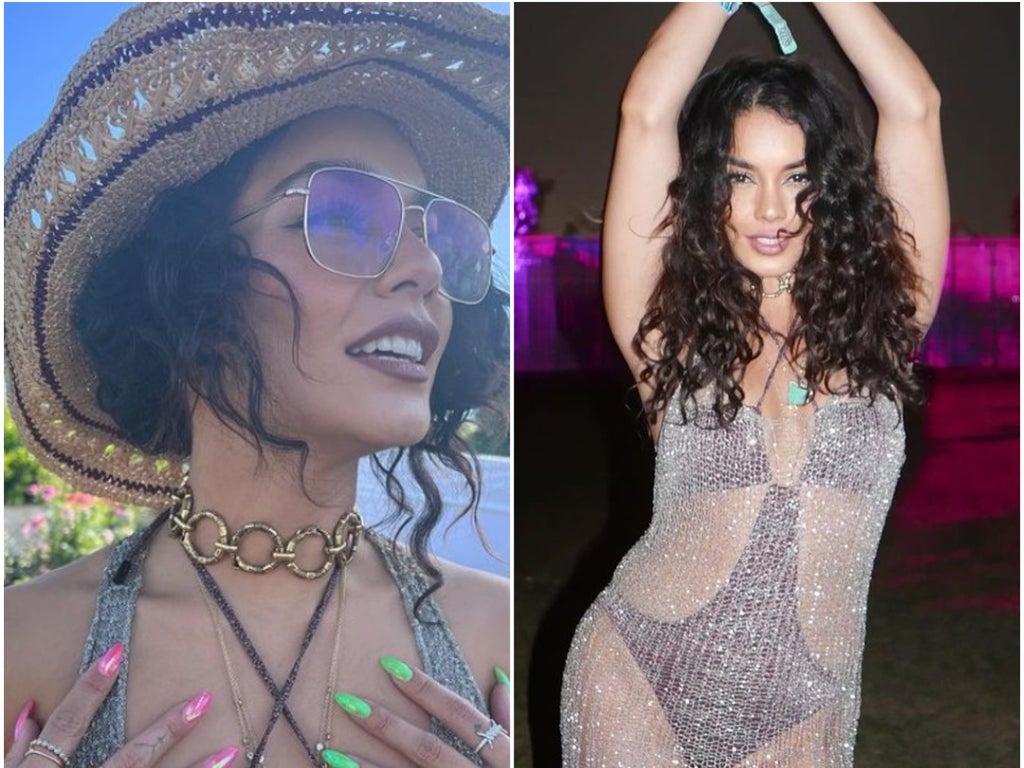 Fans have hailed the return of the “Queen of Coachella”, Vanessa Hudgens, as this year’s festival gets underway.

The actor, who is a regular at the annual music event, has held the unofficial title since as early as 2013.

Known for her bohemian, desert-chic style, over the years she has sported countless flower headpieces, wide brimmed hats, patterned kaftans and crochet knits.

And it does not seem like she is willing to lose the crown any time soon, already showcasing several statement looks during the festival’s first weekend.

Hudgens arrived at the festival in a silver mesh dress by Natalia Fender which was handmade from more than 900 feet of linked chain. She wore the piece over a brown swimsuit.

The former High School Musical Star also attended a party, hosted by Soho House, where she wore denim shorts with a statement top featuring cutouts in the shape of a butterfly, outlined with diamantes.

Later that evening, Hudgens changed into an all fuschia pink ensemble including wide leg trousers, a pink bikini top, a flowing kaftan and matching hat.

The actor’s Coachella style is earning high praise from fans, with many hailing the return of “the Queen of Coachella”.

“The one and only Coachella queen,” one person wrote on Instagram. Another said: “She OWNS Coachella”.

Another fan wrote on Twitter: “Vanessa Hudgens has been the blueprint for Coachella for as long as I can remember.”

“Vanessa Hudgens is the only person that went to Coachella who matters. Coachella Royalty,” another said.

Earlier this week, the actor shared some of her Coachella style tips with AND! newsadding that she finds the “Queen of Coachella” nickname “adorable”.

Her most important style tip for festival goers is to “just express yourself”.

“What everyone’s creativity looks like is different. I think just embrace and honor yourself and your taste and go from there,” she said.

“And honestly, it’s a festival. You’re going to be in the dirt so like don’t go too crazy.”