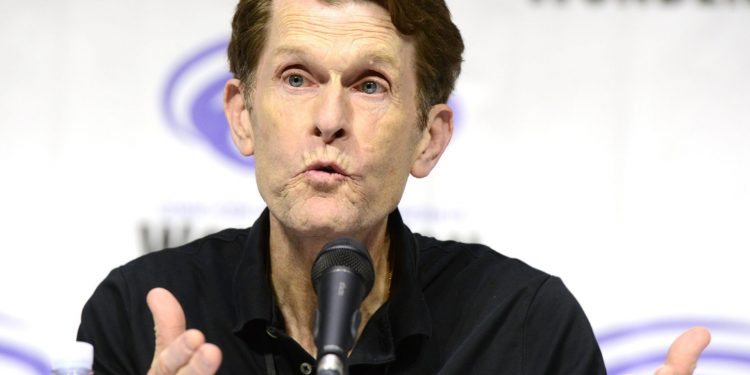 DC Comics is celebrating Pride Month by presenting 12 stories to readers written by a range of creators.

The 104-page comic will focus on DC’s fan-favorite LGBTQIA+ characters like Batwoman, Aqualad and Johnathan Kent.

Kevin Conroy was identified as gay years ago

Fans’ interest in Kevin’s personal life has been piqued since they realized he was contributing to DC Comics’ pride month edition.

Kevin has always been open about his sexuality but going by social media, it looks like fans weren’t aware that he was identified as gay years ago.

In an interview with the New York Times in 2016, the actor was identified as gay when he spoke about playing the role of a producer battling AIDS in a Broadway production.

The publication’s article reads: “‘I went to so many funerals that I felt such a sense of obligation to do it right,’ said Mr Conroy, who is gay.”

“Every night I would just wail, feeling the pain. I couldn’t not feel it. It was a scream of, ‘Look what’s happening to us! Help!’” NYT further quoted him.

Some fans just learned about the actor’s sexuality

It seems like a lot of fans were unaware of the fact that Kevin is gay.

One surprised fan wrote: “Can’t believe I found out Kevin Conroy is gay like this.”

“Every few years people get reminded that Kevin Conroy is gay, rejoice, then forget about it until something noteworthy brings it up again,” added another.

Anotherfan wrote: “Oh thank god this is why Kevin Conroy is trending, not bc he did something bad or is dead. And did not know he was gay, that’s actually interesting”

Below are the twelve stories confirmed to feature in DC Comics’ pride month edition.

In other news, Is Carrie Johnson pregnant with twins in 2022? Strange Twitter rumour debunked