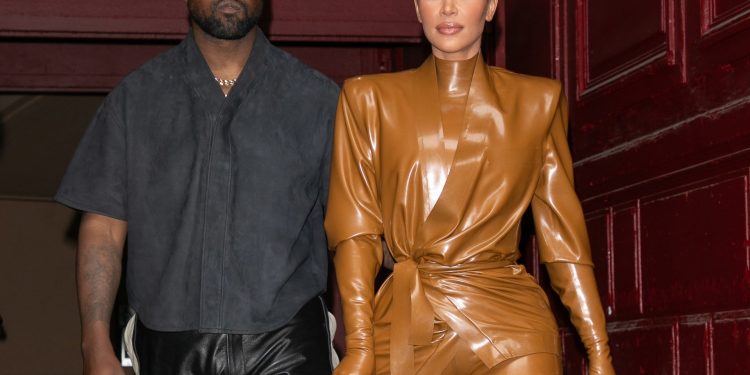 
Fans are going wild with theories Kim Kardashian and Kanye West are back together due to the rapper’s recent ‘behavior’.

Some people have been theorizing the reason Kanye has had a string of high-profile relationships in the media is to hide the fact he secretly got back together with his ex-wife.

Kim and Kanye got together 10 years ago and got married in 2014 leading to a very heavily publicised relationship. The pair had four children together but ultimately split in January 2021. Kim officially filed for divorce in February that year before they both agreed to end their marriage due to “irreconcilable differences” and agreed to joint custody of their children.

Following their split, Kim began dating Pete Davidson in November 2021 and Kanye has not been shy with expressing his views on their relationship and his feelings for the comedian.

Kanye even posted a video on his Instagram that showed him burying a claymation version of the former Saturday Night Live star in his Eazy music video.

Since then Kanye has reportedly dated several women, including 22-year-old model Vinetria as per PageSix. Ye dated Julia Fox after they met on New Years Eve 2021 and just after his divorce the rapper was spotted with Irina Shayk, however, this relationship reportedly ended in August last year.

Are Kim and Kanye back together?

However, fans now have a theory he’s secretly back together with Kim and using his high-profile relationships as a cover story.

On a Reddit threadone fan posted: “Kanye has returned to his h*e phase with rumours of Irina reconciliation and another ex of his posting today.”

A second went on to ask: “Does he keep in contact with his exes or does he just leave a lasting impression on them?”

Although a third countered: “Her posting this doesn’t mean he is still in contact with her.”

Then a fourth suggested: “Notice how he isn’t friends with his exes? Seems like he’s always thinking forward.”

Finally, one fan arrived at the conclusion: “Kanye is moving around too much to be fully involved with any woman he dates at the moment. Seems like he’s always in one city or the next working on something.”

Now many are convinced it’s because he’s back together with Kim.

Then the Sun reported last week Kim dropped a ‘hint’ when she posted a photo of artwork created by James Turrell, who Kanye has famously collaborated with.

However, neither of them have said they’re back together or responded to any theories, and Kim seems happier than ever with Pete.

In other news, What is the PACT Act as Senate Republicans block the bill in 2022?