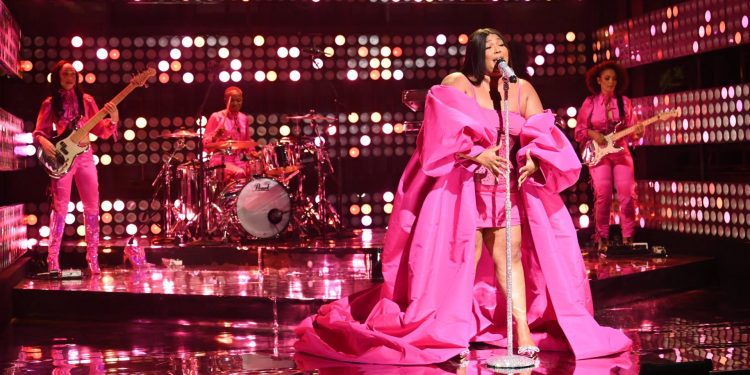 
In the latest episode of Saturday Night Live (SNL), Lizzo entertained the crowd with her performance but some fans thought the singer lip-synched during her gig.

Fans had been waiting to see Lizzo’s performance ever since SNL confirmed she would be appearing o the show. The singer managed to delight everyone with her opening act.

Following this, Lizzo also performed for the crowd. However, her performance failed to impress many.

A look at Lizzo’s SNL’s appearance

The Easter special became entertaining for the audience as Lizzo was selected as the host as well as the musical guest for the latest episode. Her opening monologue was also applauded by many as she looked back at how far she had come in her career.

She said: “At every show I tell my audience the same thing and I’ll tell you too: I love you, you are beautiful and you can do anything. I am proof of that. I used to live in my car and now I’m hosting Saturday Night Live.”

The singer also performed her latest single About Damn Time as the live audience cheered for her.

Fans react to her performance

While Lizzo gave a powerful performance that was loved by the cast members and the live audience, it failed to impress people who were watching it offline.

Many thought that the singer had been lip syncing. One user wrote: “@lizzo did a horrible #lipsync on @nbcsnl.” Another added: “Lizzo lip sync much?”

“I really wish #snl would not allow musical guests to lipsync on a show called Saturday Night “Live”. Come on #lizzo (and many others) you’re so much better than that,” read another comment.

Has Lizzo hosted SNL before?

This is the first time Lizzo hosted SNL and it was a very special moment for the singer.

Who Has Won More National Championships?

Who Has Won More National Championships?