Farm worker, 35, is charged with kidnap and attempted sex attack after girl, six


Farm worker, 35, is charged with kidnap and attempted sex attack after girl, six, was ‘forced into bushes by stranger’ – as he is also accused of sexual activity in front of other child

A farm worker will appear in court today accused of grabbing a six-year-old girl playing on the street before dragging her into nearby bushes and trying to sexually assault her.

Florin Marin, 35, is also accused of flashing another child in the weeks before he allegedly snatched the young girl in Toddington near Littlehampton, West Sussex, on Monday, August 23.

Following his arrest 24 hours later he has been charged with kidnap and attempted sexual assault of a child after the incident a week ago.

Officers have also charged Marin with exposure and engaging in a sexual activity in the presence of a child in relation to a separate alleged incident in Littlehampton on August 1.

He has been remanded in custody to appear before Brighton Magistrates’ Court today. 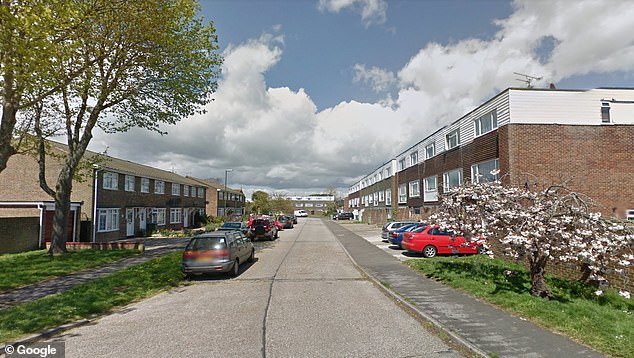 The child was playing in an open area on a street called Timberleys (pictured above) in Littlehampton, West Sussex, when she was approached by a man at around 5pm on Monday

‘I know that this will have caused concern amongst many in the local community.

‘I am grateful to those members of the community who have supported this investigation and particularly to those who detained the suspect.

‘Even though this was a serious incident, incidents of this nature are comparatively rare, and Sussex Police will continue to work with partners and communities to keep people safe’.

Marin’s arrest came after police were called last Monday when a child playing in an open area on a street called Timberleys in Littlehampton was approached by a man at around 5pm on Monday.

He forced her into some nearby bushes but left after around one minute, said West Sussex Police. It is believed her attacker was distracted by relatives calling out for the girl.

35-year-old man was arrested by officers early on Tuesday evening on suspicion of child abduction, sexual assault and a separate common assault.

In a statement, West Sussex Police said at the time: ‘Police have arrested a man following an attack on a young girl in a street in Littlehampton on Monday 23 August.’ 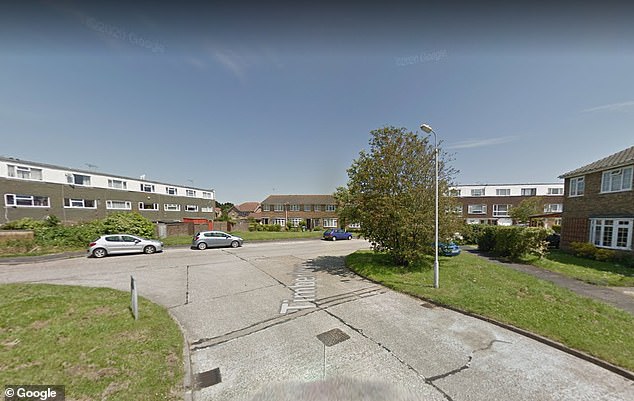 A street view of Timberleys in West Sussex, pictured above. A 35-year-old man was arrested on Tuesday on suspicion of child abduction, sexual assault and a separate common assault

Chief Inspector Jon Carter, added: ‘This is an important development but our investigation continues and if you witnessed the incident or have any other information, please report online or by ringing 101, quoting Operation Assertive.

‘The investigation is being pursued quickly and rigorously, and local officers are conducting increased patrols.

‘Local people should continue to take sensible precautions to keep their children safe.

‘If you see any suspicious behaviour around children call us on 999 at once.’