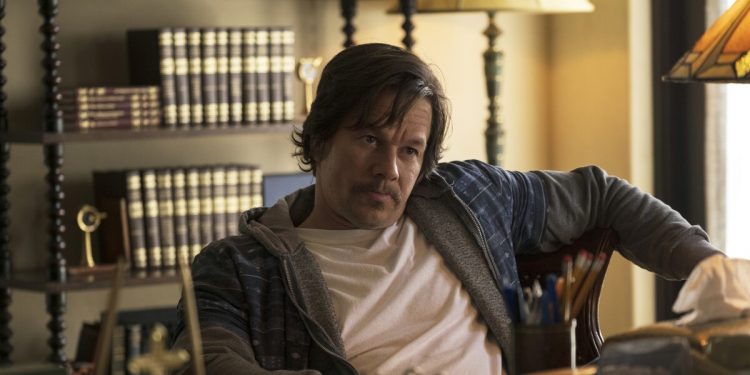 Father Stu? He’s not a regular priest, he’s a cool priest. A tough priest. A priest who swears (a lot), a priest with a history of boozing and boxing. That’s the story told by the film’s poster, which features a diptych of star Mark Wahlberg, looking rough and rueful in a mug shot and then beatific in Catholic clergy apparel. The journey between the two photos is the dominion of “Father Stu,” the directorial debut of Rosalind Ross, who also wrote the screenplay, though there’s more to the story of Catholic priest Stuart Long.

It’s fascinating to watch the evolution over the past decade of what the industry calls “faith-based films,” especially with “Father Stu” as an example of how far they’ve come, progressing from low-budget projects aimed at niche audiences to major studio star vehicles. For Wahlberg, a devout Catholic, Long’s life story as a former boxer and actor turned priest is an ideal one to try his hand at a faith-based film. Released in time for Easter, this R-rated biopic isn’t your typical Catholic programming, but the message to be found in Long’s personal salvation through faith may resonate for a religious audience interested in edgier content.

Though the abundance of f-bombs is an anomaly in a faith-based film, “Father Stu” does adhere to some conventions of the genre: It’s based on a stranger-than-fiction true story and involves a near-death experience in which Stuart experiences a spiritual visit. Envisioning himself cradled by the Virgin Mary after a harrowing motorcycle accident, Stuart pledges himself to his newfound Catholic faith and ultimately pursues the priesthood despite his original, more prurient motivation for showing up to church, which was, of course, for a woman, Carmen (“Narcos” star Teresa Ruiz).

The twist is that despite Stu’s long life of suffering, including an alcoholic father, Bill (Mel Gibson), the childhood death of his brother, a failed amateur boxing career and struggles with drinking, God has even more suffering in mind for him. During his time at the seminary, he is diagnosed with inclusion body myositis, a degenerative muscle disease that renders him physically disabled but ultimately leads to his greatest spiritual awakening.

It’s a remarkable story, but “Father Stu” is a broad, somewhat brutish film. Ross’ screenplay lightly pummels the audience with the basic beats and beatdowns of Long’s life without ever letting us in on the emotional experience. The characters talk at each other (and at the audience) in vague platitudes, folksy aphorisms, biblical quotes and street-smart retorts. Wahlberg is in the familiar rapid-fire, rat-a-tat style he has developed over the years, tussling and bantering with everyone around him, and not even his encroaching disability can slow his motor-mouth. It can be entertaining but it’s rarely truly engaging, and the tell-not-show approach to the screenwriting renders the characters two-dimensional and hollow. We barely know who anyone really is, aside from Stuart, and large parts of his spiritual progression are glossed over.

Cinematographer Jacques Jouffret brings a naturalistic handheld camera, a desaturated color palette and lots of slow-motion to elevate the look and feel of the film, and the soundtrack is loaded with classic country and blues. It all lends a “prestigious” sheen, though the story itself is often frustratingly shallow. It’s not until very late in Stuart’s spiritual journey that he takes a breath and simply delivers the message of what he’s learned, and the resonance of what we’re to take away comes through.

There is a profound grace to be found in “Father Stu,” when everyone gets out of the way to let the message of suffering as spirituality just breathe. But one can’t help but feel it comes too late to have any significant impact.

Rated: R for language throughout