Fauci: Herd immunity to SARS-CoV-2 may be ‘unattainable’ 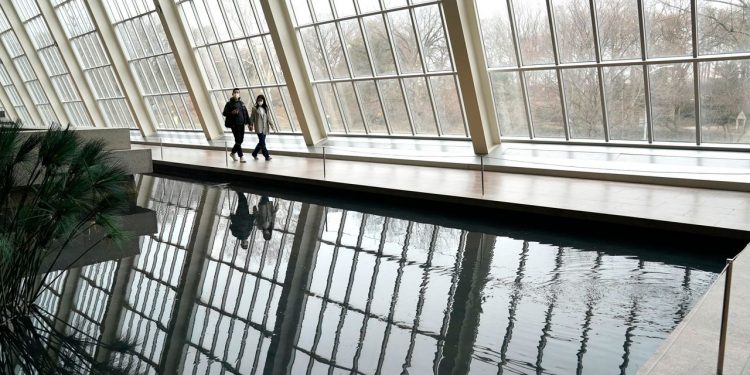 
It may be impossible to reach herd immunity given the wily nature of SARS-CoV-2, and federal health officials say the goal should instead be figuring out ways to live with the virus going forward.

That’s according to a new article written by Dr. Anthony Fauci, President Joe Biden’s chief medical adviser and the director of the National Institute of Allergy and Infectious Diseases, and two NIAID officials that published Thursday in The Journal of Infectious Diseases.

Fauci has long questioned herd immunity as a benchmark to end the COVID-19 pandemic, often describing the epidemiological concept as “elusive” or “mystical.”

Herd immunity is the idea that a virus is no longer considered a major public health threat once a certain percentage of the population is immune as the result of natural infection or vaccination. But the evolving nature of SARS-CoV-2 and waning immunity from the COVID-19 vaccines or natural infection all complicate the ability to hit any type of immunity threshold that would definitively signal an end to the pandemic.

“There are significant obstacles to achieving complete herd immunity with COVID-19,” the NIAID officials wrote. “‘Classical’ herd immunity, leading to disease eradication or elimination, almost certainly is an unattainable goal.”

The idea of herd immunity swiftly went mainstream in the early months of the pandemic, and it has since become a politically loaded term that has been used to push for reopening businesses, schools, and workplaces.

Scott Atlas, an adviser to the Trump administration, reportedly made the case for the U.S. to pursue herd immunity, as did Sweden, though that’s never been confirmed. (“The Swedish pandemic strategy seemed targeted towards ‘natural’ herd immunity and avoiding a societal shutdown,” researchers wrote in research published in Nature last month.)

A study from 2020 estimated that the herd immunity threshold for the original strain of the virus was about 67%.

But during the surge caused by the more infectious delta variant in mid-2021, some infectious-disease experts attempted to recalculate what percentage of the population would need to be “immune” to achieve herd immunity, moving the target up to 80% and 90% from previous estimates of 50%, 60%, or 70%.

The summer surge also revealed how quickly immunity can wane. An estimated 72.2% of adults in Los Angeles County had protective antibodies either through infection or vaccination in April 2021; but within three months, the county was well into a surge of cases caused by the delta variant, according to a research letter published in JAMA Network Open in January.

“Reaching herd immunity might be more difficult than anticipated,” the researchers concluded.

The NIAID officials say that immunity to viruses like SARS-CoV-2 and influenza is more of a “fluid concept,” meaning some people may have long-lasting immunity against COVID-19 infection, while others may be more likely to be protected against the kind of severe disease that leads to hospitalization and death.

Then there’s the nuance of this particular virus. We know now that new variants could elude natural or vaccine-induced immunity, asymptomatic transmission still occurs, immunity from vaccines or past infections can wane, and there has been “substantial” resistance to public-health tools like wearing masks and vaccination, according to the NIAID officials.

We still experience outbreaks associated with the 1918 influenza pandemic, most recently with the H1N1 outbreak in 2009, and that may be why SARS-CoV-2 is likely here to stay.

“Viral spread may continue indefinitely, albeit hopefully at a low endemic level,” they wrote.