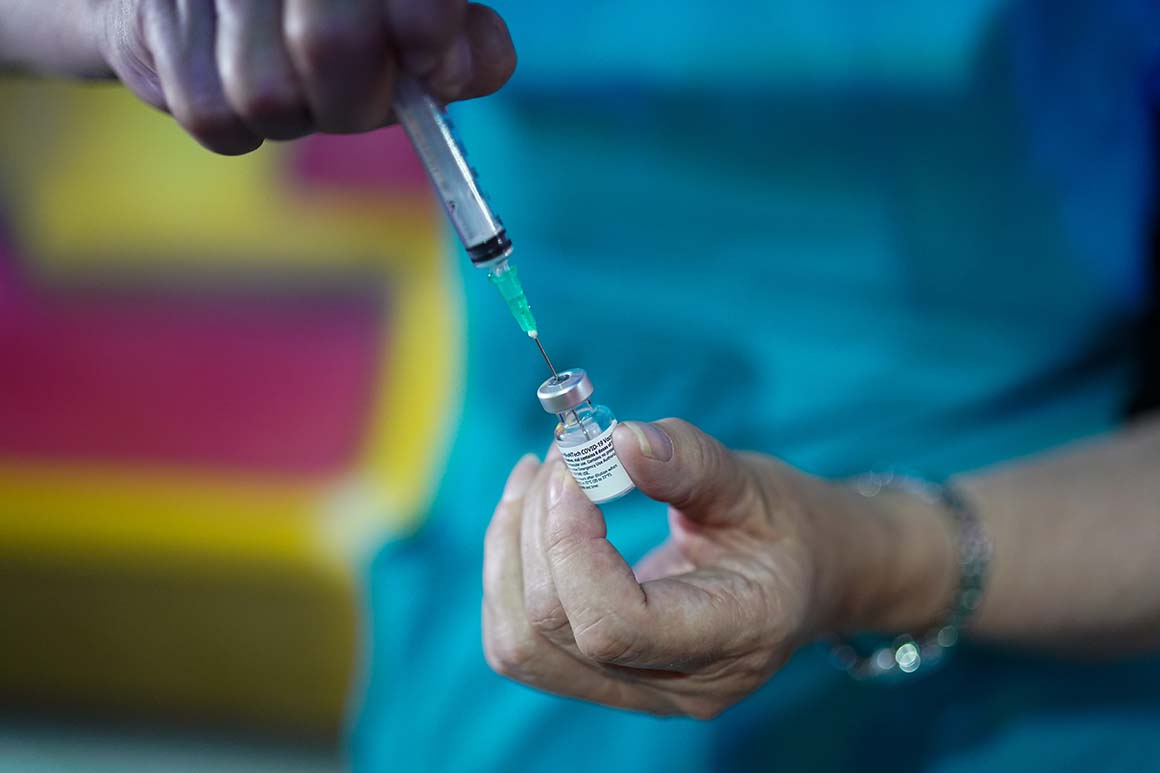 Pfizer CEO Albert Bourla also expressed hope that the full licensure would increase confidence in the shot. More than 204 million doses of the shot have been administered to people in the United States since it received emergency authorization late last year, and the vaccine is in wide use globally.

“Today’s approval for those aged 16 and over affirms the efficacy and safety profile of our vaccine at a time when it is urgently needed,” Pfizer CEO Albert Bourla said in a statement. “I am hopeful this approval will help increase confidence in our vaccine, as vaccination remains the best tool we have to help protect lives and achieve herd immunity.”

In addition to full approval for those 16 and older, the vaccine is authorized for emergency use in teens 12 to 15. Pfizer and BioNtech are studying the shot’s safety and efficacy in younger children and infants. If all goes well, they are expected to seek emergency authorization for 5-to-11-year-olds this fall.

Another vaccine maker, Moderna, is not far behind. It applied to FDA in June for full approval of its Covid-19 shot, which the agency authorized for people 18 and older late last year. The company is also seeking emergency authorization to use the vaccine in teens 12 to 17, and it is running clinical trials of its vaccine in kids as young as six months.

“Full FDA approval of the Pfizer vaccine is another step forward – to convince more people to get vaccinated, to facilitate mandates, and to save more lives,” tweeted Tom Frieden, who led the Centers for Disease Control and Prevention during the Obama administration. “Moderna’s full approval shouldn’t be far behind – just a matter of timing and paperwork.”

Johnson & Johnson, the third company with a Covid-19 shot in use in the U.S., has said it will seek full approval later this year.

The Pfizer-BioNTech shot is the first based on mRNA technology to be fully licensed by FDA for any disease. It uses snippets of mRNA, a type of genetic material, to instruct human cells to pump out harmless copies of the coronavirus’s spike protein. The body’s immune system reacts by making antibodies to the spike protein that protect against infection by the virus.

The U.S. government has purchased 500 million doses of the Pfizer vaccine for use at home, and another 500 million that it plans to donate to countries in need.

FDA earlier this month authorized third doses of the Pfizer and Moderna vaccines for people with compromised immune systems, including recipients of solid-organ transplants. The Biden administration plans to offer booster doses starting Sept. 20 to adults who received either of the two mRNA vaccines at least eight months ago. The CDC’s vaccine advisory committee is expected to meet this week to discuss the booster plan.

The FDA’s decision to fully license the vaccine could see some physicians and patients circumvent that plan, however. Like other fully approved drugs and vaccines, the Pfizer-BioNTech shot can be prescribed “off label” for unapproved uses — which at the moment include boosters for people who are not immunocompromised, or initial vaccination for children under 12.

The initial two-dose regimen of the Pfizer-BioNtech vaccine was 95 percent effective in a late-stage clinical trial. The two companies recently released a study that showed that the vaccine’s effectiveness decreased to about 84 percent within 4-6 months after the second dose. But recent real-world studies have suggested that the standard two-shot regimen is less protective against the Delta variant than it was against earlier versions of the virus, prompting the call for boosters in the U.S. and other countries.

Side effects are generally mild. Federal regulators in June began investigating reports of heart inflammation among vaccine recipients. The Centers for Disease Control and Prevention’s vaccine safety panel ultimately determined there was a “likely association” between the vaccine and the heart issues, which have generally been rare and short-lived.