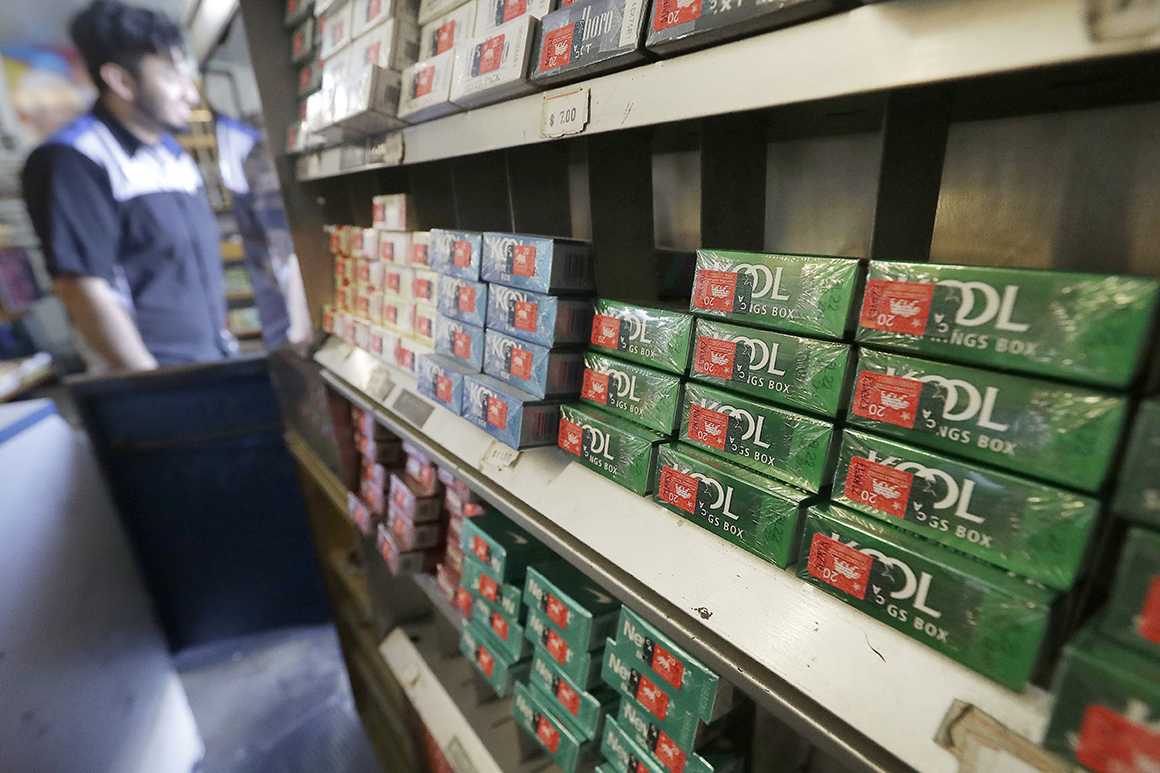 Efforts to enact a federal menthol ban have stalled for years even as traction grew in major cities and amid Democratic lawmakers to bar the cigarettes, which — after decades of targeted marketing by industry — are disproportionately popular among Black Americans.

Opponents of a ban argue that it will translate to more over policing of Black communities. Supporters — including most, but not all, of the Congressional Black Caucus — say that industry’s intentional advertising and outreach towards Black Americans resulted in millions of tobacco-related deaths.

Biden has pledged to address racial inequities in both criminal justice and health care, setting up for what could be an intense balancing act with critics arguing that a ban could increase police brutality and Black incarceration.

Anti-tobacco advocates are counting on the court order and heightened pressure around Black health inequities to trump what are sure to be legal battles with the tobacco industry. But there is also some concern that the president still has not nominated a permanent chief for FDA.

“It would certainly be better to have a permanent commissioner and would certainly be better not to have a person in the job who was not worried about possibly being appointed or not, and facing a confirmation or not,” said Matt Myers, president of the Campaign for Tobacco-Free Kids. “My suspicion is that if there was not a court deadline, this would not be front and center at this moment.”

Previous FDA commissioners who have taken on tobacco issues have earned industry ire and sometimes GOP backlash. In 2018, Trump appointee Scott Gottlieb released plans to ban menthol after introducing a framework a year earlier that would have capped nicotine levels across tobacco products. His actions led Sen. Richard Burr, a Republican from tobacco state North Carolina, to slam Gottlieb on the Senate floor and question his loyalty to Trump.

But some Democrats are also wary of a menthol ban, arguing that it would lead to escalated police encounters in already over-policed Black communities. New York Rep. Yvette Clarke, who voted against a menthol ban that passed the House last year, told POLITICO at the time that she was thinking of harmful stop-and-frisk policies and the death of Eric Garner, who suffocated in a police headlock while detained for illicitly selling cigarettes.

Supporters of barring menthol products say that a federal ban would focus on retailers selling products and would not criminalize personal use or possession. But critics say that it could be inevitable as a black market grows for illegal cigarettes.

“We’re seeing time and time again in police encounters for really minor offenses that these encounters will escalate into violence and killings of people of color,” said Aamra Ahmad, senior policy counsel at the American Civil Liberties Union. The justice organization and roughly two-dozen other groups including police organizations and Drug Policy Alliance sent a letter to FDA this week outlining criminal justice concerns.

More than 85 percent of Black smokers report using menthol products, as do more than half of all youth who smoke, according to government data. While overall smoking has trended downwards in recent years, menthol declines has dragged behind other products.

“I understand the concerns of lawmakers, but I also think when we’re talking about saving people’s lives, it becomes an even bigger issue we’re talking about preventing the next generation of Black and brown smokers,” said Nia Heard-Garris, a Chicago-area pediatrician and chair of the American Academy of Pediatrics Section on Minority Health, Equity and Inclusion.

Tobacco companies have historically targeted Black communities through music festival sponsorships, free samples and ads in Black-focused magazines such as Jet and Ebony. While those types of advertising have since been barred, there are still more tobacco retailers in predominantly Black communities compared to white communities and sometimes lower prices.

Heard-Garris described issues at her practice with children picking up menthol use after seeing family members and “cool” kids using certain brands. “When we’re talking about this as a pediatric disease we’re specifically talking about Black and brown kids. Among like Black children 12 to 17 that have ever used a tobacco product about 72 percent use menthol,” she said.

How to Use the COUNTIF Function in Google Sheets

What Is Cash for Keys? (And Why Is It Better Than Eviction?)