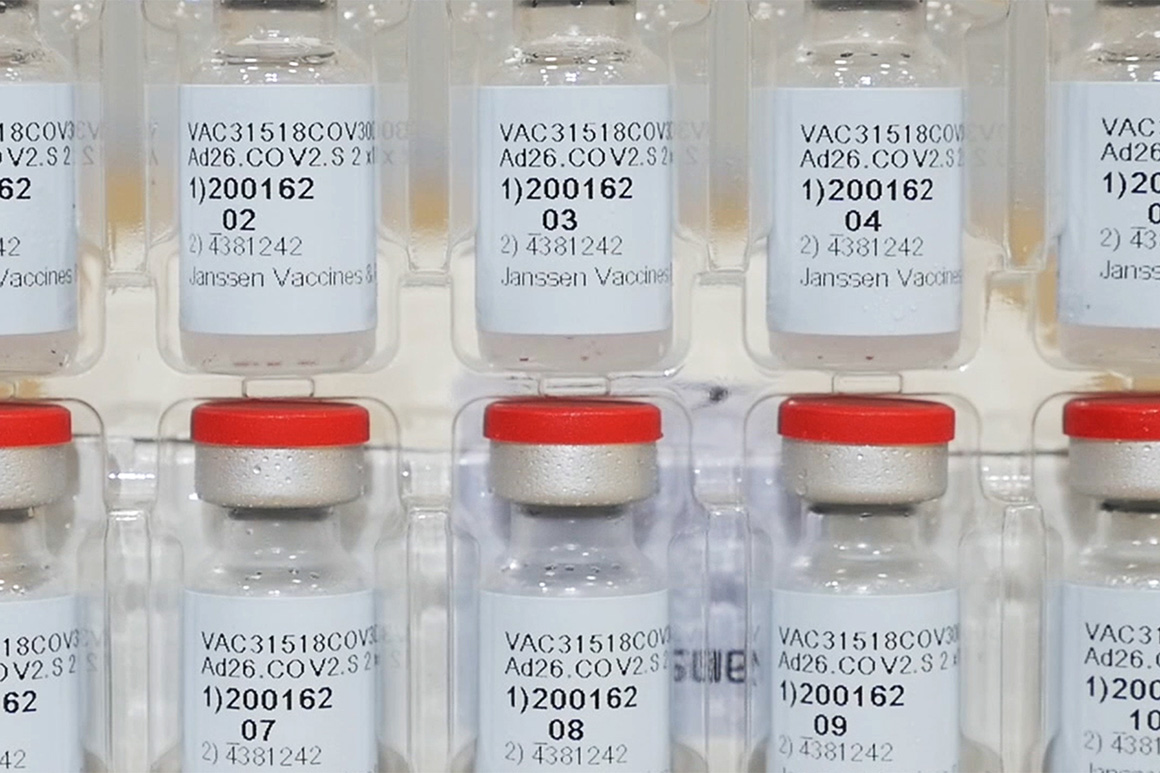 The vaccination drive has been slower than hoped, hampered by logistical issues and weather delays even as the country mourns more than 500,000 virus-related deaths. So far, about 44.5 million Americans have received at least one dose of vaccine made by Pfizer or Moderna, and nearly 20 million have received the second dose required for full protection.

J&J tested its single-dose option in 44,000 people in the U.S., Latin America and South Africa. Different mutated versions of the virus are circulating in different countries, and the FDA analysis cautioned that it’s not clear how well the vaccine works against each variant. But J&J previously announced the vaccine worked better in the U.S. — 72% effective against moderate to severe Covid-19, compared with 66% in Latin America and 57% in South Africa.

Still, in every country it was highly effective against the most serious symptoms, and early study results showed no hospitalizations or deaths starting 28 days after vaccination.

While the overall effectiveness numbers may suggest the J&J candidate isn’t quite as strong as two-dose competitors, all of the world’s Covid-19 vaccines have been tested differently, making comparisons nearly impossible. While it wouldn’t be surprising if one dose turns out to be a little weaker than two doses, policymakers will decide if that’s an acceptable trade-off to get more people vaccinated faster.

J&J was on track to become the world’s first one-dose option until earlier this month, Mexico announced it would use a one-dose version from China’s CanSino. That vaccine is made with similar technology as J&J’s but initially was developed as a two-dose option until beginning a one-dose test in the fall.

The rival Pfizer and Moderna vaccines being used in the U.S. and numerous other countries must be kept frozen, while the J&J shot can last three months in the refrigerator, making it easier to handle. AstraZeneca’s vaccine, widely used in Europe, Britain and Israel, is made similarly and also requires refrigeration but takes two doses.

If the FDA clears the J&J shot for U.S. use, it won’t boost vaccine supplies significantly right away. Only a few million doses are expected to be ready for shipping in the first week. But J&J told Congress this week that it expected to provide 20 million doses by the end of March and 100 million by summer.

European regulators and the World Health Organization also are considering J&J’s vaccine. Worldwide, the company aims to be producing around a billion doses by the end of the year.

Whether you're driving the children...

DR LIZ O’RIORDAN: Did drinking like a fish aged 25 contribute to my breast cancer at 40?

A cough medicine taken by...