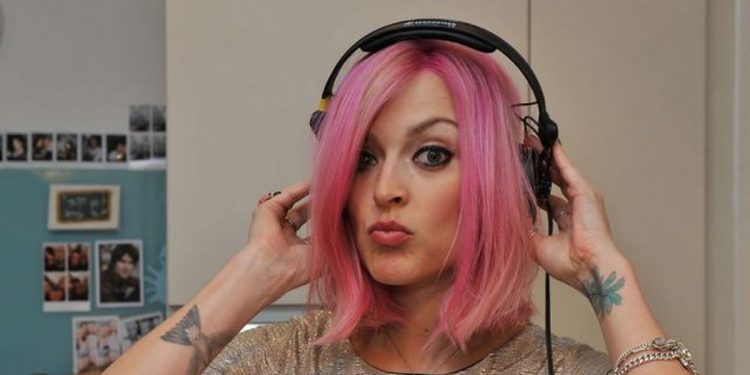 Radio presenting legend Fearne Cotton has shared her frustration at no longer being able to do live shows, as she suffers from regular panic attacks.

The 40-year-old star – who has hosted shows on BBC Radio 1 and Radio 2 – says her nervous system “could not handle it” at the moment.

The presenter frequently talks about mental health and the importance of opening up – which she has done in a new interview with Daily Star.

“I would not sleep the night before, I’d have a panic attack before,” Fearne told the publication.

She continued: “I’d probably be fine when I’m on air, it’s just the bit before that I can’t get myself through with ease.

“I feel a level of frustration because it’s a job I learned for 25 years and I know I can do really well.”

The mum-of-two quit Radio 1 in 2015 because it was “literally ruining my mind”.

She became the first regular female presenter of the BBC Radio 1 Chart Show in 2007, which she co-hosted with Reggie Yates, for six years.

And then two years later she went on to present her own BBC Radio 1 show before the stress become too much to bear.

But last year, she admitted that she had no choice but to “walk away” because the pressure became too much to bear.

These days, the TV star presents her own podcast, suitably titled, Happy Place, as well as having released self-help and recipe books.

In a candid chat during Covid times, Fearne said that the stresses and pressure of high-profile presenting had affected her mental health.

She revealed at the time that she didn’t “feel connected” with the entertainment industry.

“I didn’t feel like I fitted in,” she admitted.

“I always felt like someone was about to slag me off. It gets really tiring and hurtful and I had to walk away.”

And in her Happy Place podcast the TV personality is happy to speak candidly with her guests about life, love, loss, and everything in-between and she tries to discover what happiness means.

“All I want to do is help create something that breeds connection and offers people solace if they’re feeling alone,” she said of her podcast.

“I did years of work that was enjoyable, but didn’t necessarily always have a point to it, and I think you get to an age or maybe you go through certain experiences in life where you think, ‘There has to be more meaning to all of this’.

“You can climb the ladder to get to the best radio show or the TV show with the biggest audience, but then what? What’s the goal?”

Pill made from donated gut bacteria to beat nut allergy

Pill made from donated gut bacteria to beat nut allergy