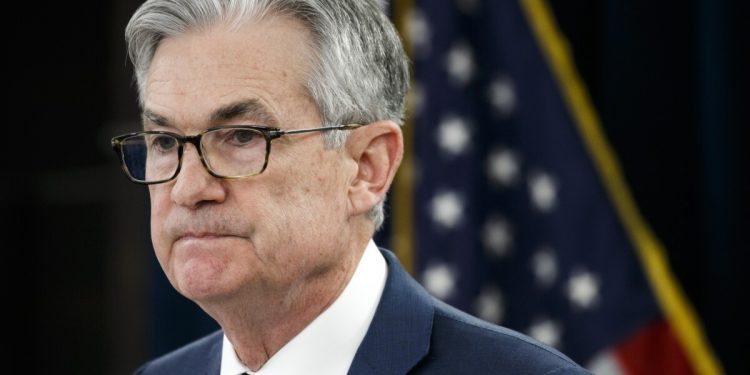 The Federal Reserve responded to the nation’s surging inflation Wednesday by inching up interest rates by a quarter percentage point and signaling it plans more hikes in the months to come.

It’s the Fed’s first rate increase since 2018 and comes as the price of gas, food and other goods and services have kept accelerating, hitting American household budgets with painful and unsettling effects.

Experts expect the Fed to make as many as seven quarter-point rate increases this year and several more in 2023 in a bid to bring down inflation to near its annual target of 2%. Consumer prices have been climbing for nearly a year and were up at a 7.9% annual rate in February, the highest since 1982.

Fed policymakers want to throttle back inflation by restraining economic activity, but not jack up rates so fast they trigger a recession or stagflation, a condition of stagnant growth accompanied by high prices. Many economists fear the Fed may have little choice but to step on the brakes hard because it is already behind the curve in raising rates.

Even if the central bank continues to make increases by a quarter of a percentage point every couple of months, rates would still remain near historic lows well into 2023.

Counting Wednesday’s quarter-point boost, the benchmark rate the Fed sets for overnight loans — which forms the basis for other interest rates in the economy — would still only be between 0.25% and 0.5%.

Complicating the Fed’s task is the war in Ukraine. Even if the pandemic is waning, Russia’s invasion of Ukraine, with its threat of a wider war and disruption of the flow of oil, grains and other raw material supplies, has thrown a wild card into the economic outlook.

Stocks have been sinking in recent weeks but were up Wednesday ahead of the Fed’s announcement and a news conference by its chair, Jerome Powell, scheduled for later in the day.

7 Ways to Lose Money on Bonds

Find these 6 gardens hidden in unexpected places around Los Angeles

Find these 6 gardens hidden in unexpected places around Los Angeles