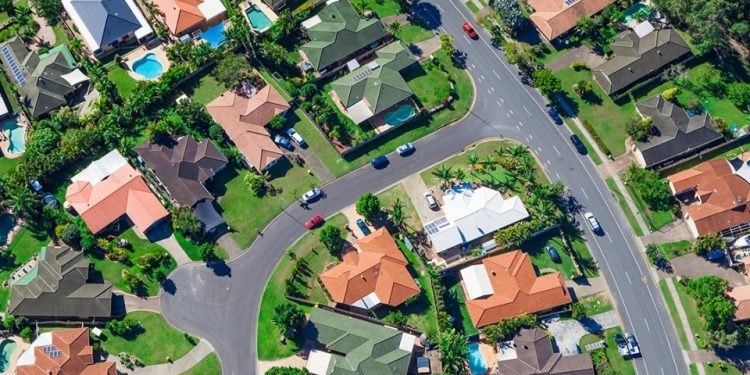 
No, you couldn’t make this up: With mud still being hosed out of destroyed houses, the NSW Planning Minister scrapped a two-week-old requirement to consider the risks of floods and fires before building new homes.

Yes, the minister does have a reputation for listening to the property development industry which, unsurprisingly, endorsed his decision. Well, you know, it was “red tape”.

Yes, there are still developers wanting to build housing on flood plains.

There is a rich tradition of property speculators and developers supporting the Liberal Party in NSW and, in turn, being supported – and not just at the state level of the party.

On Friday, the House of Representatives Tax and Revenue Committee’s report on housing affordability and supply was published.

As Karl Fitzgerald, Prosper Australia’s advocacy director, wrote, it may as well have been written by the Housing Industry Association, such was its push to give the property industry a free pass.

In fairness, it’s a bit harsh to call the report “the committee’s” – it was really the chairman’s, Liberal backbencher Jason Falinski, who was clear long before the report was written that he didn’t like public housing and pretty much all the problems with housing affordability came down to state and local governments getting in the way of developers.

Friday traditionally is the day for “taking out the garbage” in politics – burying announcements and decisions the government isn’t proud of.

Publishing Mr Falinski’s report on Friday may not have been an accident.

Many people and organisations put a lot of consideration into those submissions, devoted much time to the hearings, perhaps thought they were doing their bit to improve the nation. The secretariat worked hard.

But the end result is overwhelmingly tosh.

Some of those submissions’ fine ideas and observations can be found among the nonsense, but they pretty much all are quickly brushed aside by the chairman.

Which is how anyone with an interest in the matter knew Mr Falinski’s report would turn out.

It did manage one recommendation that was unexpected: Let first-home buyers use their superannuation as collateral for a home loan, thus helping bridge the deposit gap without actually eating up their super.

That of course doesn’t do much at all to solve Australia’s housing affordability problem, let alone do anything to deal with our present housing catastrophe.

We are suffering an absolute shortage of housing across multiple cities and regions with the worst hit not the headline-dominating first-home buyers, but renters, especially those on low or fixed incomes.

Public housing is in crisis.

Attempting to outsource social housing to the private sector has demonstrably failed.

The number of public and community housing dwellings has been effectively stagnant for more than a decade while the population has increased and housing became more expensive.

Various band-aids are proffered around the edges, but at its core, governments prefer to run away from the problem, passing the buck in any direction they can.

The biggest single government spend on housing is the Commonwealth Rent Assistance scheme that consumed $5.3 billion last financial year and will eat more again this year. It basically ends up subsidising landlords at the bottom end of the rental market and does nothing to solve the crisis.

But this inquiry was never meant to solve a crisis. It was framed and chaired with a view to giving our present negative gearing and capital gains tax discount policies a tick. The report dutifully did so.

Well, the chairman is a property investor himself.

For the life of me I can’t seem to find a ‘Declaration of Interests’ in the Standing Committee report into Housing Affordability.

Do none of the 8 members own residential/investment property needing declaring in a report that might influence housing policy… and thus prices?

A dissenting opinion from the Labor members of the committee nailed the report’s worst shortcoming:

“The committee chair decided that the report would focus primarily on ‘market housing’ with ‘non-market’ housing for the growing number of ‘individuals and families who are unable to fully afford market prices’ relegated to a single chapter. That chapter was strongly influenced by the blanket statement that ‘the government should avoid being one’s landlord’.”

No, Mr Falinski doesn’t like “housing commission”, as he happily told a property developer forum.

“In part, the report fails because the chair’s focus was, and remains on supply – a pre-conceived view that prevailed,” wrote the Labor members.

“There was little acknowledgement of the complexities in the market, well documented by many submissions and largely ignored or openly rejected in ‘committee comment’.

“While evidence was presented that challenged the assumption that increasing supply would solve all, most evidence was ignored or rejected.”

In my opinion, the dissenting report was mild in its comments about the chairman’s views – they were inane to the point of drivel.

For example, in the chairman’s foreword, Mr Falinski claims Texas’ planning rules (or lack of them) “has led to companies such as Tesla, Facebook and Intel leaving California for Texas”.

Elon Musk saving $US2.5 billion in capital gains taxes might also have had something to do with Tesla’s move.

Cheaper housing helps Texas attract migrants, but if you thought about what motivates billionaires, lack of state personal and corporate income tax just might play a role.

The report also championed Tokyo as an example of liberal planning lowering costs.

Dr Cameron Murray’s fine submission shot that down, as the report managed to include:

“Dr Cameron Murray disputed the relevance of the Tokyo example, telling the committee ‘you can pick and choose time periods that show you anything’.

“He described the use of this kind of international comparison as ‘cherry picking’, and argued that ‘many countries have cycles in property asset markets that are out of sync’.

“Dr Murray noted that between 2015 and 2020, for example, Australia had lower real house price growth than Japan.”

But that went nowhere with Mr Falinski’s world view.

If only “Can-Do Capitalism” was let rip, apparently we’d have no problems at all.

That, and various recommendations for more studies and inquiries and for state and local governments to be nice, was what Mr Falinski’s report boils down to.

I’ve read some dud doctrinaire reports in my time. This, like Anthony Roberts’ scrapping considering of flood and fire risk, is right up there for inanity.

Regarding your tweets, ‘a deal is a deal’