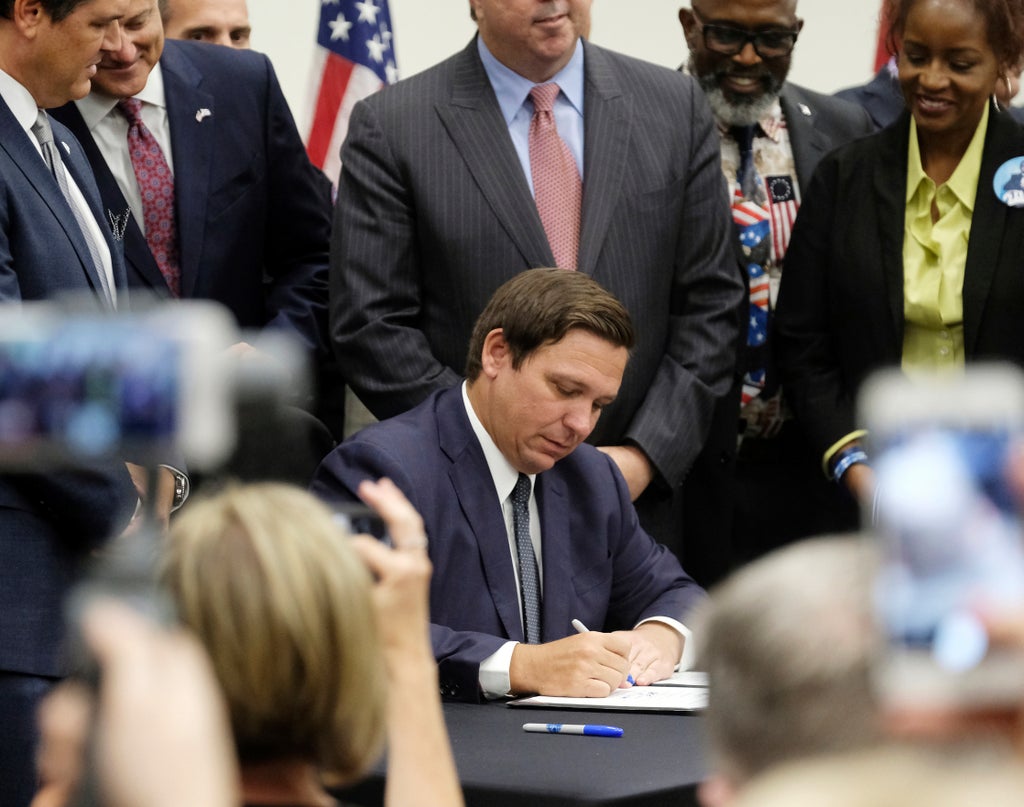 A federal judge has struck down portions of a Florida immigration enforcement law that was a priority of the state’s Republican governor, saying in her ruling that the measure was racially motivated.

The office of Gov. Ron DeSantis, who signed the bill into law with much fanfare in 2019 as a priority of his administration, said Wednesday that it would appeal.

Bloom repeatedly said that the law was racially motivated and that its supporters showed no evidence as to why it was needed to lower crime. She said that the sponsor of the bill — SB 168 — was guided by anti-immigrant hate groups such as Floridians for Immigration Enforcement.

“Allowing anti-immigrant hate groups that overtly promote xenophobic, nationalist, racist ideologies to be intimately involved in a bill’s legislative process is a significant departure from procedural norms,” Bloom wrote. “This involvement strongly suggests that the Legislature enacted SB 168 to promote and ratify the racist views of these advocacy groups.”

“On many occasions during the 2019 legislative session, (Floridians for Immigration Enforcement’s ) racial animus and discriminatory intent were made apparent to Senator Gruters and his staff but were ignored,” Bloom wrote.

Gruters didn’t immediately respond to a message left on his cellphone.

In 2019, DeSantis signed the bill at a campaign-style appearance in the conservative Panhandle region, unlike his other more subdued formal bill signing events. An overflow crowd dotted with red “Make America Great Again” hats cheered wildly in support of the bill. They also cheered equally loud at mentions of then-President Donald Trump

“Floridians deserve a legislature that prioritizes people over politics, not one that repeatedly squanders taxpayer money defending extreme legislation designed to bolster the Governor’s political ambitions. Florida has and will always be an immigrant state,” said Democratic state Rep. Carlos Guillermo Smith in a statement.

Many of the bills DeSantis has signed in the law have been challenged in court, where he’s often lost in lower courts. The state has appealed those rulings, including an “anti-riot” law inspired by Black Lives Matter protests around the country, a ban on vaccine passports and punishments for large social media companies such as Twitter and Facebook who block people based on political posts. He’s also being challenged on state orders to ban mask mandates in schools.

Among other laws being challenged in court: New election rules that make it more difficult to vote by mail, a ban on the participation of transgender women and girls in school sports and limits on contributions to groups seeking to change the state constitution.