Feedback: Will Golden Globes group keep up its charitable giving as it reforms? 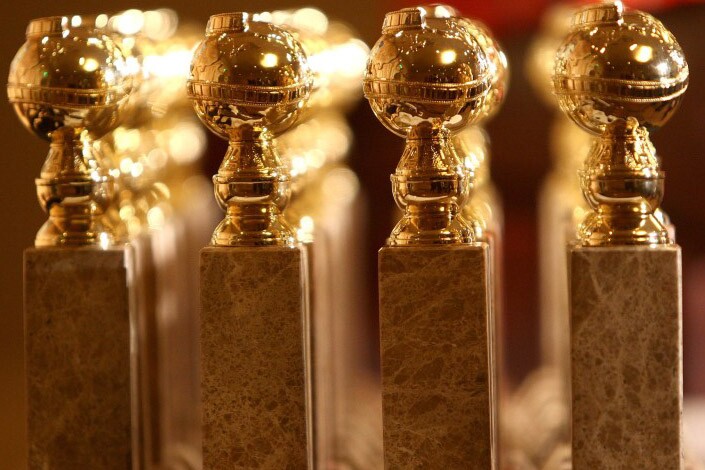 Thank you for your excellent investigative reporting on the Hollywood Foreign Press Association (HPFA) [“Time’s Ticking for the Golden Globes” by Stacy Perman, May 2]. It sounds like they have much work ahead of them.

I did some investigating myself. Since the HPFA is a nonprofit organization, their tax returns are public records.

To HPFA’s credit I counted over 60 charities they made grants to, including Homeboy Industries, the Library Foundation, LGBT Center and Women Make Movies. The amounts ranged from $5,000 to $500,000.

I hope they are able to modify their policies to stay alive. It sounds like they are trying to make some positive impact.

She talks the talk

Thank you to Meredith Blake for her article on Kate Winslet’s Philadelphia accent in the HBO series “Mare of Easttown” [“She’s Got Philly Talk Down Pat”, May 3].

I live in Long Beach now, but hail from Philly, specifically Drexel Hill in Delaware County. Trying to adapt my Philly accent to fit in with the sing-songy California accent has been a struggle. I finally gave up and learned to deal with the question of “What country are you from?” and the sympathy afforded me as a result of my “speech impediment.”

Regarding “Stage Fright Is the New Normal,” May 4: As a loyal follower for many years of Charles McNulty in The Times, I especially valued the insights and comments in “Stage fright is the new normal.” It was a rare combination of psychology, literature, history, observation, emotional sensitivity and more.

I appreciated theater critic Charles McNulty’s commentary, and I was especially surprised and happy to see a reference to sociologist Erving Goffman, a name I hadn’t heard in a long time.

I remember writing a big paper on him in college, and even today I still think about his concept of “role distance” — where we subtly signal to others how we are feeling about what is going on in the room or the person who is speaking.

Role distance can say: “I am here, but I’m not buying anything that is going on right now.” In other words, I am in the group and outside of it at the same time.

I guess in the world of theater, this happens rather often onstage.

Re: “Lennon Came Here to Scream,” April 29: Thank you for Randall Roberts’ article on my uncle, [psychologist] Art Janov. Art was not always easy to get along with and neglected his relationship with my mother for most of my adult life. He was also blinded by having the right “answers” to mental illness without considering contrary views or evidence. What he did give us, however, is a clear grasp of the primacy of human feeling to shape life, and the recognition that emotional pain in childhood has a profound influence on us as adults. Adults can’t escape the impact of their childhoods no matter how hard they try. Pills, booze, drugs, compulsive sex and violence only postpone the pain and vulnerability of primal hurt.

John Lennon reflected what Art knew: abandoning children — physically or mentally — has a lifelong impact on their well-being. John transformed his pain, our pain, into Plastic Ono Band. He lived with the pain of his mother’s abandonment his entire life. His music is a wake-up call for us all — for our species — to pay closer attention to your children, cuddle them, be gentle and talk with them, and slow down to help them feel wanted. Let go of your cellphones and learn from your children the vulnerability that you want to forget.

John’s music is a reminder of our essence as creatures driven by our capacity to feel and the need for love, real love, day in and day out.

Regarding TV Critic Robert Lloyd’s review [“The Oscars With a Twist,” April 26]: For years now the Motion Picture Academy has produced its awards show as a movie or a Broadway extravaganza.

When will they learn?

The Academy Awards show is a television production, a variety show at best, and should be produced by people who know television.

That’s why Johnny Carson always had Fred de Cordova in the wings.

In a year when COVID-19 erased entertainment, and the joy of going to the movies, I wanted the Oscars to scream that they were back.

I wanted movie stars and glamour, not just actors. I wanted sexy outrageous fashions, I wanted a host with a sense of humor. I wanted singing and dancing, to be entertained in between the boring technical awards, I wanted to be reminded “there is no business like show business.”

Instead I got woke Hollywood. This dismal and sad show shot another arrow in the heart of the dream factory.

My wife and I agreed we enjoyed this year’s Oscars better than any other in living memory. Considering we are both in our 80’s, that goes back a ways — well, at least as far as our memories allow us.

It had a much more immediate vibe — think Chloe Zhao and Daniel Kaluuya — and friendly vibe (especially Glenn Close).

That no one was “played” off the stage was also a pleasant surprise. I don’t know if that was by design or whether they all were more respectful of the time limits.

I suppose it’s an impossible ask, but we would ask consideration be given to conducting future Oscars in a similar fashion.

The accounting firm that tabulates votes for the Oscars — including for best actor — apparently is able to keep a secret.

I take exception to Justin Chang’s remark about Taylor Sheridan being no stranger to pulpy writing in his review of “Tom Clancy’s Without Remorse” [“Hero gets angry, etc. etc.,” April 30]. Chang references two movies: “Hell or High Water” and “Wind River.”

Those films were terrific. They had a real story about realistic characters, and each had a beginning and an end. No CGI, nothing blown up, just real stories for moviegoers.

We need many more films like this to get people back into the theaters.

Editor’s note: Chang’s use of pulpy in his phrase “that screenwriter Taylor Sheridan knows his way around a pulpy plot (‘Hell or High Water,’ ‘Wind River’)” was not intended as an insult. He is a fan of pulpy plots.

Regarding Christopher Knight’s [“L.A. Museums Ponder Return of Art Looted in 1897 Massacre in Africa,” May 3]. Not only is Knight an art critic, but he’s also a true journalist.

Plunder is plunder. Lies are lies.

Divorcing? Here's What Agents Should Know About Spousal, Child Support

Where To Pre-Order Metroid Dread Standard and Special Editions