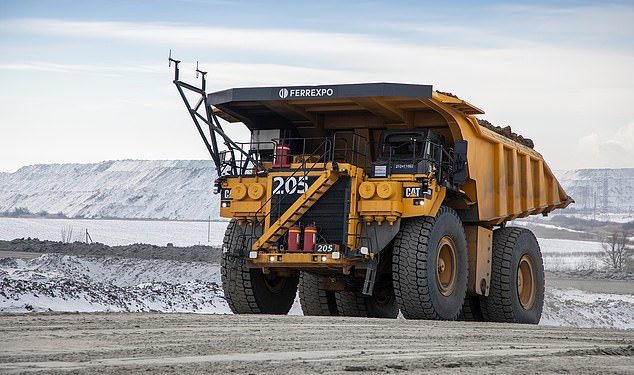 Production levels at mines owned by Ukraine-focused Ferrexpo have remained relatively stable despite the closure of the critical Black Sea port.

The London-listed miner generated 2.7 million tonnes of iron ore pellets from its three sites in central Ukraine in the first three months of 2022, which was only slightly down on the same period last year.

Nonetheless, Russia’s full-scale invasion of Ukraine has inevitably affected the firm’s operations, with around 400,000 fewer tonnes of pellets excavated than in the fourth quarter of 2021. 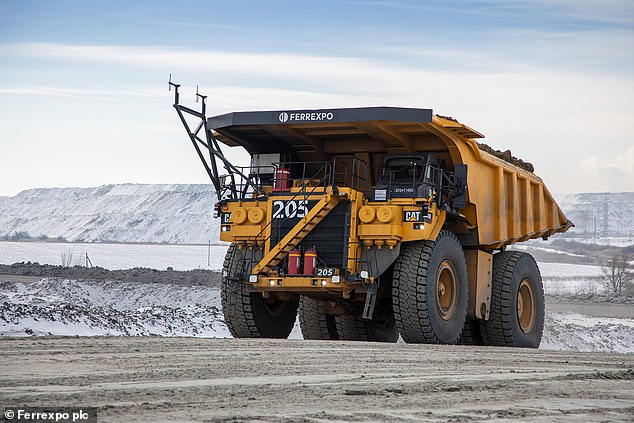 Production: The London-listed miner said it generated 2.7 million tonnes of iron ore pellets from its three sites in central Ukraine in the first three months of 2022

Ferrexpo has been unable to transport the raw material – a common ingredient used in steelmaking and valued for minimising carbon emissions – from the port of Pivdennyi since late February.

Prior to the conflict’s intensification, the seaport was responsible for transporting about half of the group’s output on dry bulk carriers, where it would then be delivered to steel mills in countries such as Germany, South Korea and the US.

Yet while shipments have been choked off, the Swiss-based company has been able to keep exporting pellets via railway and river to customers across Europe in defiance of fears that these routes would suffer significant disruption.

Chief executive Jim North noted that Ferrexpo’s mining sites, which are based approximately 220 miles east of Kyiv, have managed to keep operating as they are located outside the main theatre of conflict.

He added that the firm was ‘reviewing alternative methods of delivering our products to seaborne markets’ to try and offset the closure of Pivdennyi.

After plunging for much of the preceding six weeks, Ferrexpo shares climbed 10.8 per cent to 187.3p on Friday, although their value remains just under a quarter lower than on the day before the Russian invasion escalated. 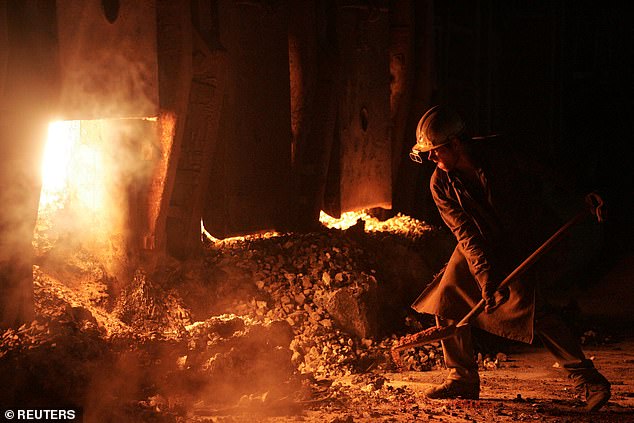 But even before then, the company’s share price had been gradually declining since last summer despite heavily benefiting from surging iron ore prices amid a recovery in the world economy and bumper performances by mining industry giants.

In fact, on the same day that Russian President Vladimir Putin announced his forces were launching a ‘special military operation’ into eastern Ukraine, Anglo American declared record profits in its full-year results.

The blue-chip corporation attributed higher demand for iron ore, as well as copper and platinum group metals, for its underlying earnings more than doubling from $9.8billion in 2020 to $20.6billion the following year.

Ferrexpo has yet to announce a full-year dividend for the 2021 financial year, and has twice delayed the publication of its annual results as a consequence of the uncertainty created by the war in Ukraine.

However, it revealed that its net cash as of March 31 had soared by over a third from the previous quarter to about $159million thanks partly to selling 2.6 million tonnes of pellets during the period as it ramped up production activities to satisfy demand.

Peel Hunt analysts Tim Huff and Peter Mallin-Jones expressed surprise at the firm’s sales and production output, considering the dire situation ongoing in Ukraine, and have maintained a hold recommendation for Ferrexpo stock.

‘It is positive that operations have continued and long-term customers in Europe remain supportive of the group,’ the pair observed. ‘That said, clearly there is still substantial risk to Ferrexpo’s operations and logistics chains.’

Essential Politics: What is ‘normal’ now? COVID’s trauma continues as U.S. searches for an answer

Essential Politics: What is 'normal' now? COVID's trauma continues as U.S. searches for an answer