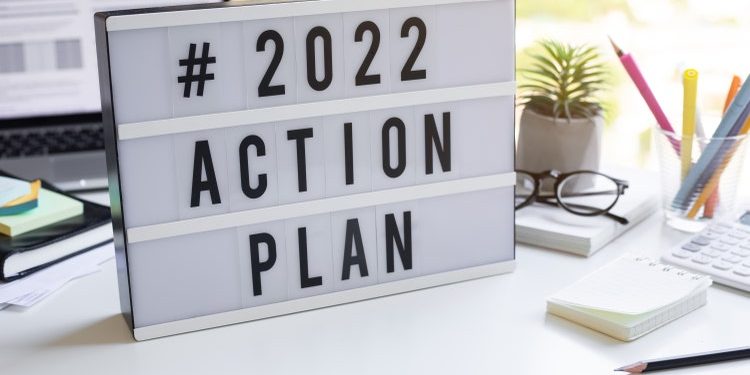 The litigation landscape of shareholder lawsuits has changed over the past several years. The legal system has blessed the net worth sweep. There are constitutional claims, breach of contract claims, and possibly takings claims if the Supreme Court takes their potential pending petition, but these legal claims do not put the net worth sweep back into the box. These legal challenges do not challenge the warrants either. As such, this is basically an equity restructuring investment opportunity where the government restructures its equity to facilitate an equity offering. The scenario I expect is that the government monetizes its warrants and converts its senior preferred. This maximizes the value of its equity stake. Junior preferreds have their dividends turned on in the process and maybe the companies push to have them converted to common in an equity offering to open the door to raising new junior preferred. Commons have no security in this pending restructuring and are at the mercy of the government and its restructuring terms to see any positive return at all.

This past week, the Federal Housing Finance Agency finalized its Strategic Plan for the years 2022-2026. FHFA points out that adequate capital is necessary for the companies to exit conservatorship:

The plan also includes that FHFA will:

Plaintiffs filed their redacted copy of their motion for partial summary judgment this last week. Plaintiffs are looking for summary judgment in so far as are arguing against the government’s narrative that the periodic commitment fee was something that could be given up for the net worth sweep. The logic would follow that if plaintiffs can win their motion for summary judgment, then the net worth sweep deal really is something for nothing. Then, the focus would be on the shareholder value of the largest surviving damages model, and for that we look at Dr. Bala Dharan. The government, meanwhile, is looking to have the entire case dismissed.

Plaintiffs propose that Judge Lamberth should rule on their motion for partial summary judgment on the following question:

A key question presented in this case relevant to liability is whether the Third Amendment’s Net Worth Sweep—taking all the Companies’ profits every quarter—was within “the reasonable expectations of the parties” at the time it was adopted. Defendants have stated that the periodic commitment fee was “anticipated to be substantial,” Ex. 30, FHFA Resp. to Inter. at 4; Undisputed Facts ¶ 19, arguing that the Net Worth Sweep could have been reasonably expected in part due to that fee.

Plaintiffs provide lots of undisputed facts to show that no one who was actively involved had any material thought about the periodic commitment fee or what it should be set at. This directly undermines FHFA’s assertion that it was anticipated to be substantial, because no one even appeared to have thought about it in any significant way – aside from the fact about what to do about setting it when it was already too late to set it and then to pretend waiving one that was never set in the first place. Genius, genius, genius.

Two federal statutory provisions, one for Fannie Mae and one for Freddie Mac, prohibit Treasury from collecting fees with regard to the Companies’ issuance of preferred stock.

Plaintiffs argue that as a matter of law the periodic commitment fee provision is indefinite and thus unenforceable in more ways than one:

First, and most simply, the provision is, on its face, an agreement to negotiate further over the fee’s amount. That fact alone warrants summary judgment for Plaintiffs on this question. Alternatively, even if the PSPAs had set the periodic commitment fee at a “market value,” they provide no methodology for assessing “market value” nor any other components from which the amount of the fee could be determined. In this context, the lack of any contractually specified methodology for discerning market value, and the lack of any guidance on how such data might be used to determine the amount of the fee, makes the periodic commitment fee provision fatally indefinite and unenforceable. The Court should therefore hold that the periodic commitment fee provision was unenforceable when the Net Worth Sweep was imposed in August 2012.

Not only could the periodic commitment fee not be determined in 2012, but also, one was never set and the soonest one could be set would have been 2015.

Too Little, Too Late

Lastly, plaintiffs argue that as a matter of law the government couldn’t exchange the periodic commitment fee for the net worth sweep as well as that no fee was set before the time to set it expired and that the next time to set it would have been in 2015 anyway:

Given the significance of the periodic commitment fee to the parties’ overall dispute and in the interest of simplifying the issues that must be decided at trial, Plaintiffs move for partial summary judgment to seek a ruling that would establish a narrow but important proposition: At the time of the Third Amendment, the contractual provision of the PSPAs that provided for a periodic commitment fee was unenforceable as a matter of law. In the alternative, Plaintiffs move for a partial summary judgment ruling that the fee could not have been charged until 2016 at the earliest.

At the very least it does appear that the government fell asleep at the wheel in 2010 by not setting a fee and instead just started waiving one that it didn’t set when the mechanics should have been to set one and then waive it. Maybe the government knew that the fee would be small and it may have more leverage trying to convince people that it would be insurmountably large in court – which is where we find ourselves today, an odd argument indeed.

Another argument the government attempts to make to crush shareholder damages model(s) is that the SPSPA could not be paid down, but plaintiffs have damages models to counter this narrative as well:

Plaintiffs’ liability expert Dr. Bala Dharan opines that there were multiple alternatives to the Third Amendment that FHFA and Treasury could have undertaken and that would have been reasonable. But none of those alternatives identified by Dr. Dharan include or depend upon a pay down of liquidation preferences by the Enterprises.

That said, we can assume that Mason’s damage model which is predicated on the SPSPA being able to be paid down is probably dead as an entire section of the government’s brief eviscerates that argument:

Dr. Mason’s apparent ignorance of these undisputed facts confirms that Plaintiffs’ damages theory is built on an erroneous foundation

It will be interesting to see the reply briefs from both the plaintiffs and the government which were filed today. I’m just surprised at how much of the government’s SJ motion focused on reasoning based on Collins when FHFA itself said that the time of reasonable expectations was in 2012. The government appears interested in attempting to relitigate settled issues of law. FHFA’s SJ motion looks quite weak half of it relies on Collins, and the other half knocks down 2 of presumably many damage models.

I was hoping that the plaintiff motion for summary judgment would be more spicy to reflect several years of discovery but it seems like the plaintiffs are simply looking to technically get a head start in trial by proactively quashing any government narrative that the net worth sweep is equivalent to some sort of a super periodic commitment fee.

I am not sure when Fannie and Freddie would actually exit conservatorship, but it seems likely to happen by the end of the Biden administration. It remains unclear to me at this point how much of this equity offering is Fannie and Freddie selling new stock to raise money for themselves versus the government selling its stock in them.

For Lamberth to rule in favor of government on motion for summary judgment, he would essentially be overturning his original ruling and re-hashing settled issues. He originally ruled that because the net worth sweep is legal and FHFA can act in its own best interest (what Collins ruled) doesn’t dismiss plaintiff implied covenants expectations.

Sandra Thompson should be confirmed by the end of May. Still pending finalization is her capital planning rule, which would force Fannie and Freddie to develop capital restoration plans – which FHFA has now committed to helping them implement according to FHFA’s strategic plan. Presumably FHFA would not be doing this and Sandra Thompson would not have been nominated if the Biden administration was not on board with this path that leads to recap and release of reformed utilities.

Given the liquidation preference of the senior preferred stock, I don’t understand why anyone who is familiar with restructurings would own common shares. Common shares would have been a smarter play if plaintiffs had won the Supreme Court APA claims and put the net worth sweep back into the box, but that didn’t happen. As such, the only equity securities I recommend owing are junior preferred.

If the plaintiffs can win on their motion for summary judgment, the net worth sweep simplifies into something for nothing, which in effect it was. The government seems to be trying to suggest that the net worth sweep is somehow comparable to the periodic commitment fee. That’s a tough argument to make and a judge would have to be financially illiterate to rule favorably for the government on that basis. The good news is that the government submitted an affidavit under the penalty of perjury to get a favorable ruling in 2014 from Judge Lamberth and Mario Ugoletti, the official who wrote that affidavit, has been deposed where he recanted. Judge Lamberth can use that fact, among others, to draw negative inferences against the government if he so chooses.

In closing, it’s weird for the government to say pay down of senior preferred is not allowed while simultaneously having it listed on their housing finance reform plan that the Department of Justice serving as an advisor:

The good news is that Sandra Thompson is around a month away from confirmation by my estimates and then we get to see her pick up exactly where Mark Calabria left off – the stage is set for the restructuring negotiations with Janet Yellen to begin!