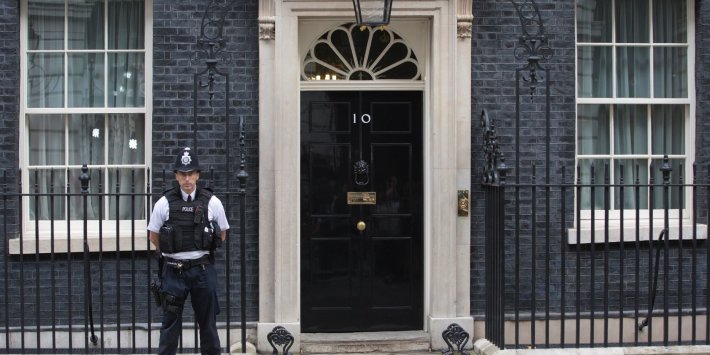 A fifth member of Boris Johnson’s team of Downing Street advisers has quit as the exodus of senior staff continues.

Elena Narozanski, a member of the Number 10 policy unit, has reportedly resigned from her role following an exodus of other senior staff.

On Thursday Munira Mirza quit her role as the head of Downing Street’s policy unit with a swipe at Boris Johnson over his debunked accusations about Keir Starmer’s role in the Jimmy Savile case.

Tory MP Aaron Bell also announced he had submitted a letter of no confidence in the Prime Minister, saying the “breach of trust” around the Downing Street gatherings made Johnson’s position “untenable”.

“As someone who backed Brexit and backed Boris Johnson for the leadership in 2019, I am profoundly disappointed that it has come to this,” he wrote.

“However, the breach of trust that the events in No10 Downing Street represent, and the manner in which they have been handled, make his position untenable.”

Bell had previously questioned the Prime Minister in the Commons over whether he considered him a “fool” for obeying Covid rules at the funeral of his grandmother.

I have submitted a letter to Sir Graham Brady.

I will not be commenting further at this time. pic.twitter.com/O9RUr3JSRE

A Downing Street spokesperson said on Friday their decision to resign was “mutually agreed” with the Prime Minister ahead of Mirza’s resignation.

“There was a recognition set out in the Sue Gray report about the need to change the running of the Number 10 operation,” they said. “I think those three individuals mutually agreed with the Prime Minister it was the right time to leave their roles.”

The spokesperson also confirmed reports from the Mirror that Boris Johnson had quoted from the Lion King in a “half-time pep talk” speech to Downing Street staff on Friday morning, where he told them that “change was good”.

Earlier this week, the Prime Minister said he planned to make changes to his Downing Street team following an update on the investigation into the gatherings conducted by senior civil servant Sue Gray.

Her update on the investigation said the parties were “difficult to justify” and were a “serious failure”.

“The prime minister was absolutely clear on Monday that there would be changes at the top of No 10 and that is what he has delivered.

“The Sue Gray report update said that there were failings at the top of the operation.

“This is the prime minister taking charge.”

Health Secretary Sajid Javid said it was “important” that Boris Johnson had “clarified” his remarks about Starmer and that the Labour leader deserved “respect” for his previous work as Director of Public Prosecutions.

“I think Keir Starmer when he was running the DPP did a good job, he should be respected for it. It is a tough job, and he deserves absolute respect for that. The Prime Minister has also come out and he has clarified those remarks and that is important,” he said.

Javid refused to say whether he would have made such remarks himself and that “of course” Johnson still had his support following the resignations and the ongoing row over his comments about Starmer.

“Here you have somebody who worked with the Prime Minister for more than a decade who couldn’t put up with, frankly, his lies and his smears against political opponents,” he said.

“I think that says a lot. I wish Tory MPs, because the Prime Minister is not going to resign, he doesn’t have the scruples to resign.”

He added: “I wish Tory MPs and Tory cabinet ministers would listen to what Munira Mirza was saying and look in the mirror and said: ‘Do we really want to carry on supporting someone who is engaged in the most appalling smears against political opponents without an element of truth.”