Fighting Matildas will bounce back: Raso 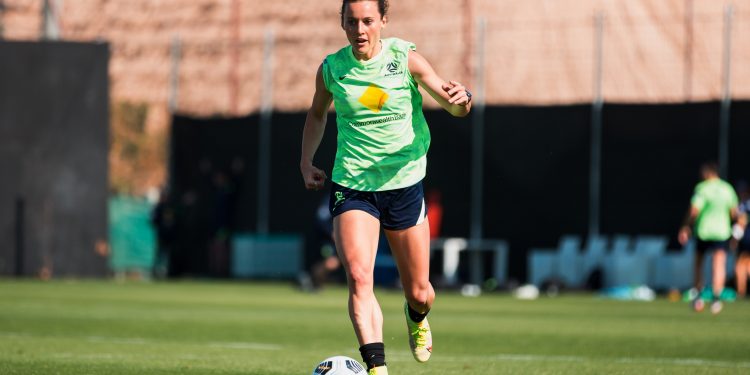 
Attacker Hayley Raso expects the Matildas to put their Asian Cup disappointment firmly behind them in upcoming friendly internationals against New Zealand.

Australia will take on the Football Ferns in Townsville on Friday and Canberra next Tuesday in their first games since January’s quarter-final exit to South Korea at the continental championship.

Coach Tony Gustavsson has largely stuck with the same group which underwhelmed in India with Katrina Gorry and late inclusion Alex Chidiac the only changes from the Asian Cup squad.

Raso is viewing the clashes with Australia’s 2023 World Cup co-host as the perfect way to move on and regain confidence.

“We are a group that fights. We bounce back,” Raso told reporters on Tuesday.

“We stick together really well so that’s all we’re looking to do in the game coming up.”

With limited opportunities for the Matildas to get together between now and next year’s World Cup, she felt it was vital to build a cohesive and in-sync unit for that tournament.

“Over the past few months we’ve brought in some younger players and we’ve experimented and I feel like we’re at a good place within the team now,” she said.

“We’ve brought back in Katrina Gorry which is an exciting addition.

“Looking forward and looking to the World Cup it’s just going to be about gelling and clicking as a unit.”