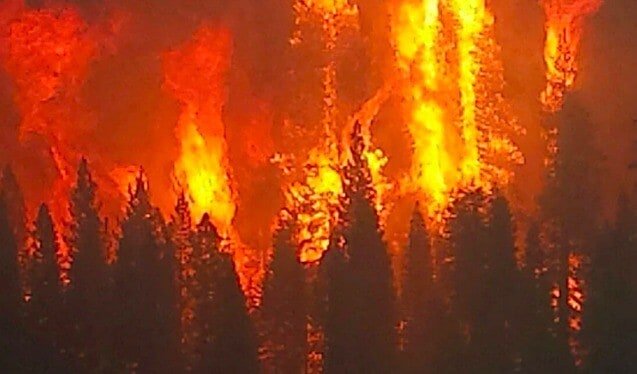 Compared with people in other occupations, firefighters are known to have a disproportionately high risk of heart disease, and almost half of fatalities in on-duty firefighters result from sudden cardiac death – when the heart suddenly stops beating and pumping blood to vital organs. An increased risk of an irregular heart rhythm or arrhythmias from the ventricles, the bottom chambers of the heart, has been documented in firefighters, however, prior to this study, little was known about AFib, which is an arrhythmia involving the top chambers of the heart. According to the American Heart Association, AFib is the most common type of irregular heartbeat with at least 2.7 million people living with it in the United States. People with AFib have an increased risk of blood clots, heart failure, stroke and other heart complications.

“A few years ago, I treated a local firefighter for atrial fibrillation, and he felt dramatically better with the treatment, so he referred other firefighters to me for care, all with AFib. I decided to methodically examine AFib in the firefighter population, as it may shed light into the cause of atrial fibrillation in non-firefighters as well,” said Paari Dominic, M.D., senior author of the study, the director of clinical cardiac electrophysiology and associate professor of medicine and molecular and cellular physiology at LSU Health Shreveport in Louisiana.

Participants were recruited through five professional firefighter organizations. The study was conducted from 2018-19 among active firefighters throughout the U.S. They completed a survey about their occupational exposure (number of fires fought per year) and about their history of heart disease. Of the 10,860 firefighters who completed the survey (93.5% male, and 95.5% were age 60 or younger), 2.9% of the men and 0.9% of the women reported a diagnosis of AFib.

“Among adults in the general population younger than age 60, there is a 0.1-1.0% prevalence of having AFib. However, among our study population, 2.5% of firefighters ages 60 or younger had AFib,” Dominic said. “Of the few respondents who were 61 or older, 8.2% reported a diagnosis of AFib.”

When occupational exposure was factored in, the researchers found a direct and significant relationship between the number of fires fought and the risk of developing AFib. The analysis found:

After adjusting for multiple risk factors for AFib, such as high blood pressure and smoking, researchers found a 14% increased risk of atrial fibrillation for every additional 5 fires fought annually.

“Clinicians who care for firefighters need to be aware of the increased cardiovascular risk, especially the increased risk of AFib, among this unique group of individuals. The conditions that elevate their risk further, such as high blood pressure, Type 2 diabetes, lung disease and sleep apnea, should be treated aggressively. In addition, any symptoms of AFib, such as palpitations, trouble breathing, dizziness and fatigue, should be investigated promptly,” Dominic said.

According to the researchers, multiple mechanisms may be involved in the association between firefighting and AFib. “First, and foremost, are the inhalation and absorption through the skin of harmful compounds and substances produced by the combustion of materials during a fire, including particulate matter, polyaromatic hydrocarbons and benzene. Exposure to these substances, especially particulate matter in air pollution, even for a short time has been previously linked to an increased risk of AFib. In addition, firefighters are exposed to high physical and psychological stress together with long work hours, all of which can increase their adrenaline levels and cause an imbalance in the mechanisms that maintain heart rate. Finally, heat stress (exposure to high temperatures) can cause an increase in core body temperature and severe dehydration, both of which increase the demand for a higher heart rate, and may subsequently trigger AFib,” Dominic said.

“Studying firefighters, who personally make sacrifices for the safety of us all, is essential to prevent disease and death in this population that makes a big impact on the well-being of our communities,” Dominic said.

The study is limited by basing the presence of atrial fibrillation and all other medical conditions on the firefighters’ survey responses. However, the researchers were able to corroborate the self-reported responses by linking them to well-established associations between atrial fibrillation and the presence of risk factors such as high blood pressure and sleep apnea, suggesting that the self-reports were accurate.

The researchers are currently analyzing the survey data to investigate the association between the annual number of fires fought and the risk of atherosclerotic cardiovascular disease. Atherosclerosis is a buildup of fatty deposits in the arteries that can thicken blood vessel walls and reduce blood flow to the heart muscle, brain, kidneys or extremities.

Based on the results of this study, researchers suggest future studies systematically screen firefighters for AFib to detect asymptomatic or new cases to evaluate the relationship between fire exposure and stroke risk in firefighters with AFib to allow a better understanding about which of the components of occupational exposure to fires plays a key role in causing fibrillation. They should also examine the reluctance of firefighters with AFib to use blood thinners. Blood thinners are a standard treatment for AFib; however, the medication carries an added risk of bleeding and firefighters are concerned about their increased risk of bleeding injuries due to low-visibility firefighting situations.

Studies published in the American Heart Association’s scientific journals are peer-reviewed. The statements and conclusions in each manuscript are solely those of the study authors and do not necessarily reflect the Association’s policy or position. The Association makes no representation or guarantee as to their accuracy or reliability. The Association receives funding primarily from individuals; foundations and corporations (including pharmaceutical, device manufacturers and other companies) also make donations and fund specific Association programs and events. The Association has strict policies to prevent these relationships from influencing the science content. Revenues from pharmaceutical and biotech companies, device manufacturers and health insurance providers and the Association’s overall financial information are available here.