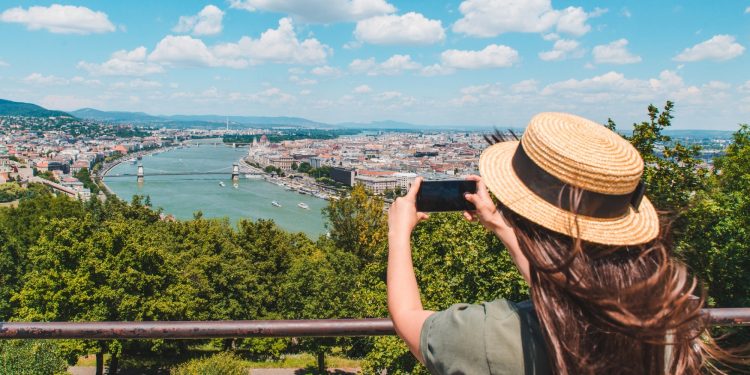 In 2017 the name Cassie DePecol toured social networks when she was announced as the first woman to visit each of the countries in the world, an achievement that earned her a Guiness Record thousands of followers on Instagram and TikTok, the publication of a book , a TED Talk and a lawsuit for false advertising.

Before being recognized by Guinness World Records, De Pecol ‘s popularity grew as she documented the feat that would make her the number one female traveler. Media such as CNN , Forbes , The New York Times and Today were captivated by the story of this woman who few knew was actually far from the first to achieve such an achievement.

Such a statement arises from an article published by the Washington Post in which Dorothy Pine is mentioned, a woman who traveled extensively during the 20th century and despite the fact that her travels are not documented in an Instagram, TikTok, Facebook or YouTube account, there are those who they claim that it can be proved that Dorothy visited every country in the world long before de Pecol.

After the publication of the Washington Post , Rapid Travel Chai affirms that there are actually confirmed records of eleven women who have broken that record and it is not ruled out that there are more without a record of their trips. In fact, a German named Nina Celery claims to have finished touring the entire world at the end of September 2011.

After all this information came to light, several people who have tried to establish contact with De Pecol are waiting for a response from him. But the story doesn’t just end with a mix-up or a poorly awarded prize. De Pecol is currently facing a lawsuit from Travelers United who allege that the woman incurred false advertising by defrauding and misleading various investors and sponsors by telling them that she was the first woman to have set foot in every country in the world.

Faced with such a situation, De Pecol denied the accusations and assured the Washington Post that “this complaint is baseless and an attack on myself and my achievements… I intend to vigorously contest what unfortunately appears to be a repetition of the same untenable accusations that have been made against me in the past.”

The main objective of the lawsuit is not only to deny a woman who enjoys sharing her life on the Internet, but also to draw attention to the growing influencer marketing, since from the popularization of this advertising strategy, there is also a need to review and verify the information that is shared on the network, since it cannot be assumed that everything that is published is true.