Fisherman says exports to China easier than to France post-Brexit 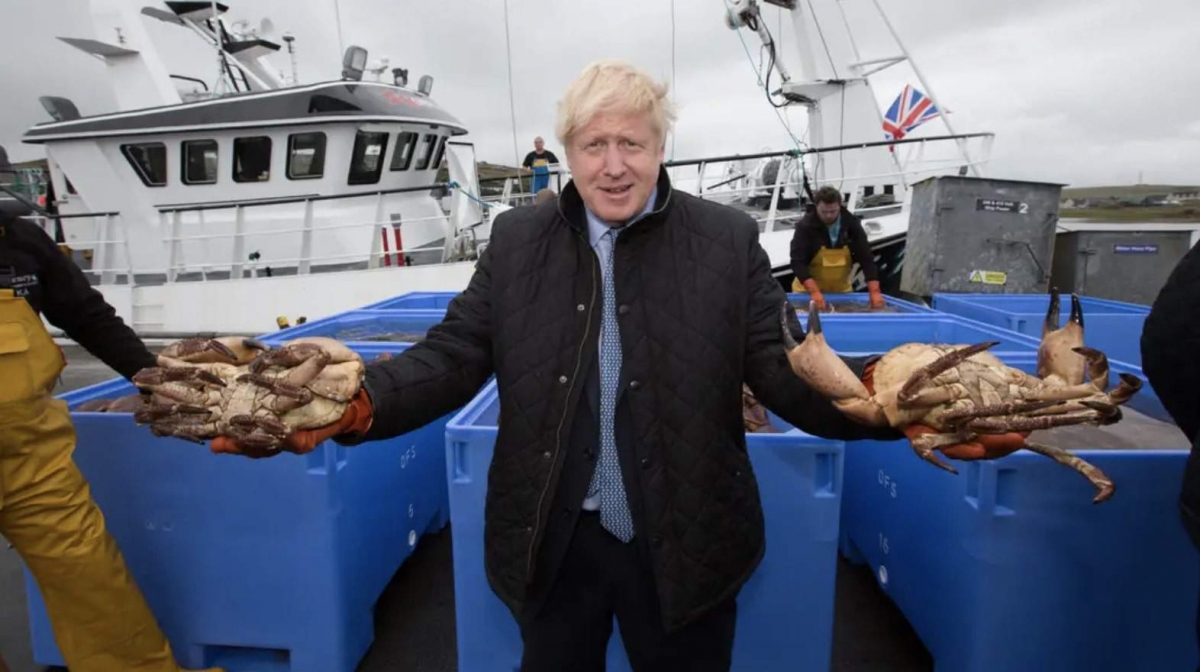 A Scottish fisherman said it’s “cheaper and quicker” to export to Asia than to France because of Brexit rules.

Jamie McMillan hit out at the “waste” caused by UK’s withdrawal from the single market, which means three hours of paperwork every morning to get his shellfish to the EU.

Since Brexit, a single delivery by McMillan can need more than 80 pages of forms, according to the BBC.

Sales down 40 per cent since Brexit

He has 22 employees but is worried Brexit could cost them their jobs, because his sales are down 40 per cent since Brexit.

He had turned to Asian markets to save his business: “In simple terms, to export to China, Hong Kong or Singapore, it is cheaper and quicker to export there than it is to France.

“So we’re pushing sales in the UK and pushing sales into the far East to try and compensate for what we’ve lost in Europe. But some days I feel like I’m physically going to collapse because I’m so exhausted.”

But the government said at the beginning of the year that seafood exporters across the UK would receive government funding of up to £23 million in order to support businesses.

They said they are are working with the European Union to resolve trade issues, according to the BBC.

In December last year, Nicola Sturgeon, first minister of Scotland, accused the UK government of “selling out” Scottish fishing with the Brexit deal.

After seeing the draft agreement with the European Union, Surgeon said: “The fact that many predicted it, doesn’t make it any less galling.

“The Tories have sold out Scottish fishing all over again. Promises they knew couldn’t be delivered, duly broken.”

The fact that many predicted it, doesn’t make it any less galling. The Tories have sold out Scottish fishing all over again. Promises they knew couldn’t be delivered, duly broken. https://t.co/2oOV7nazm4

The news about exporting problems faced by the fishing industry emerged as a Brexiteer who described the EU as an “overpriced, badly-run hotel” has admitted that Brexit led to huge problems in recruiting staff for her own hotel business.

It also emerged this week that British takeaways have taken a major hit because of Brexit, with price hikes, delays at ports and HGV drivers, all making it harder to run a business in the industry.

And last weekend, Irish foreign minister Simon Coveney said the EU is worried that the UK government believes “concessions don’t matter”, after the Brexit minister made a string of controversial comments regarding Northern Ireland.

Lord Frost’s latest remarks have been slammed by Coveney as “a very strange way to make friends and build partnerships”. “The truth here is the only side that has shown flexibility has been the EU,” Coveney added.