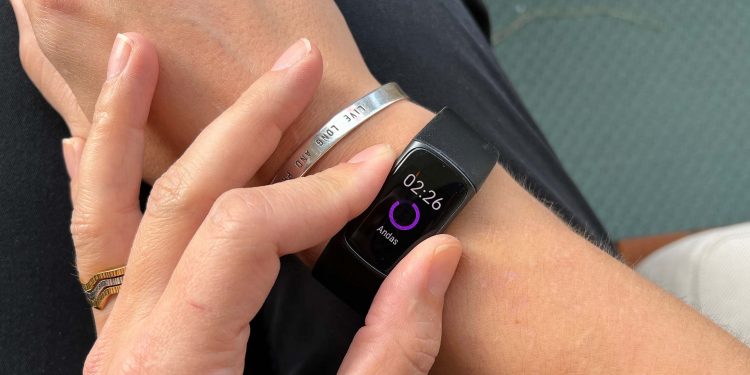 
Rumors of the Fitbit Luxe 2 have started to circulate, and we’re rounding up all the news and hints about the next-generation fitness tracker right here.

The Fitbit Luxe is a fitness tracker with an elegant design that makes it look more like a piece of jewelry than a conventional activity band – and it makes a lot of sense. A fitness tracker works best when it’s worn all day and night, and the Luxe is attractive enough for formal or casual occasions.

The Luxe 2 hasn’t been officially announced yet, but we’re keeping our ears to the ground for more news and will be keeping this page updated until the new watch is ready for your wrist.

The Fitbit Luxe 2 isn’t yet confirmed, but in March 2022, the first rumors about the device began to circulate after references to three new devices appeared in the installation files for Fitbit’s official Android app.

We don’t know much about these new watches except for their codenames (Rhea, Hera, and Nyota) and their screen resolutions. Two are square, with the same resolution as the Fitbit Sense and Versa 3, suggesting that the Sense 2 and Versa 4 may be on the horizon. The third device, Nyota, has the same screen resolution as the Fitbit Luxe, which led to speculation that this may be the Luxe 2, but here at TechRadar we’re not so sure.

The Fitbit Luxe only launched in 2021, so we’d be very surprised if Fitbit is planning to replace it already. We think it’s more likely that Nyota is the Fitbit Inspire 3, with a new color OLED screen to replace the monochrome display of the Inspire 2. It would make sense for Fitbit to use the same display it does for the Luxe; it already has the supply chains and manufacturing processes in place, so the cost would be minimal.

Based on Fitbit’s past upgrade schedules, we think the Luxe 2 is more likely to land in mid-2023, when the original device reaches its second birthday.

What we want to see

We can only speculate about the Luxe 2’s features for now, but one that seems like a no-brainer is on-board GPS. The original Luxe is a superb little fitness tracker, but unlike the similarly sized Fitbit Charge 4 and 5, it needs a Bluetooth connection to your phone in order to track your pace and route on runs, walks and bike rides.

Adding a GPS module to the Fitbit Luxe 2 would make the new device a viable alternative to a running watch for casual athletes, and allow you to leave your phone at home if you prefer to exercise unencumbered.

If Fitbit could also add the stress-detecting EDA (electrodermal activity) sensor and ECG sensor from the Charge 5, so much the better. In fact, the Luxe 2 might even offer the passive ECG functionality that Fitbit recently had approved by the US Food and Drug Administration (FDA). This would allow the watch to check for irregularities in your heartbeat at regular points throughout the day, without the need to activate the ECG app manually and sit holding the device’s case while it conducts a scan.

Finally, we’d like to see a new bracelet design. The original Luxe was available with a silicone band or a chain-link strap by jewellery maker Gorjana, and the Luxe 2 would be an opportunity to show off something new.

Get Microsoft Office and Learn How to Use It

Get Microsoft Office and Learn How to Use It