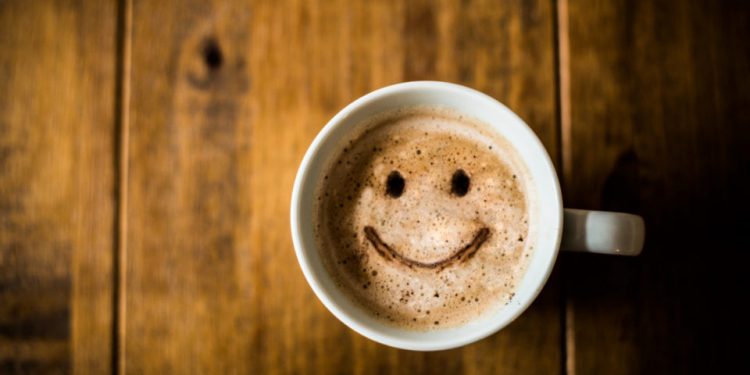 
For many people, the day hasn’t begun until they have had that first or second cup of coffee.

Coffee is their start button, their get-up-and-go tonic.

People have been feeling that way for literally hundreds of years.

For much of that time the big question was: But is coffee safe?

The standard line for years has been: Two to six cups of coffee per day is safe for most healthy adults, with an upper limit of 400mg of caffeine.

A Harvard explainer advises: “Not much is known about the effects of coffee on children, and caffeine could be harmful to pregnancies. Too much caffeine can also cause anxiety in people with panic or anxiety disorders.”

The prevailing question now: Is coffee good for you?

The short answer: Let us count the ways.

The reason for this is that coffee is a chemically complex substance, where there is more than caffeine working as an active ingredient. See this explainer by UK scientists that we ran in December.

However, there is growing evidence that coffee might be good for your health, protective against disease and help you perform better, according to multiple studies.

Science is working on it.

It’s a claim that has been gaining traction over the past 10 years.

This promise of a longer life expectancy from drinking coffee means you have less chance of dying from certain diseases.

A 2017 study of more than 185,000 people from the University of Southern California found that drinking coffee was associated with a lower risk of death due to heart disease, cancer, stroke, diabetes, and respiratory and kidney disease for African-Americans, Japanese-Americans, Latinos and whites.

Part of the authority of this study came from the fact that it included “all racial groups”, and wasn’t just focused on white people.

This largely ruled out social or genetic factors in coffee’s apparent protective benefits.

People who consumed a cup of coffee a day “were 12 per cent less likely to die during the study period compared to those who didn’t drink coffee”.

This association was even stronger for those who drank two to three cups a day: They enjoyed an 18 per cent reduction in the risk of dying.

An especially interesting finding was that lower mortality was apparent “regardless of whether people drank regular or decaffeinated coffee”, suggesting the association is not tied to caffeine.

Also in 2017, the Imperial College of London published a “landmark study” that found: “People who drink around three cups of coffee a day may live longer than non-coffee drinkers.”

Analysis of data from more than half a million people across 10 European countries, including the UK, “found that higher levels of coffee consumption were associated with a reduced risk of death from all causes, particularly from circulatory diseases and diseases related to the digestive tract”.

This was reportedly the largest study of its kind.

In 2016, the British Liver Trust published a report that confirms coffee is good for liver health.

This was the first time “that the entire body of current research and evidence has been reviewed and compiled into a single report”.

The report can be found here. Since then, multiple studies have supported these findings.

This is all about the caffeine.

As an explainer from Sports Dietitians Australia advises: “The main performance benefits of caffeine appear to come from its influence on the central nervous system and resulting reduced perception of effort.”

In other words, exercise feels easier when you’ve ingested caffeine. There is also an attendant reduced perception of fatigue.

One of the questions about coffee consumption for athletes is: Do the effects of caffeine on exercise performance diminish the longer people use it?

A 2021 study from Coventry University recruited 46 recreational cyclists who had trained one to three times a week for at least 12 months.

The participants were asked to complete a questionnaire to assess their habitual caffeine consumption.

The participants were then divided into two groups: Those who typically drank one or two cups per day, and those who drank four to five cups per day.

They were then given either a caffeinated coffee, or a placebo, and 60 minutes after consumption were then asked to complete a timed five-kilometre cycling trial.

As expected, the team found that drinking the caffeinated coffee one hour before the trial resulted in improved cycling times by an average of 1.7 per cent. That might not seem much, but in competitive cycling it’s significant.

The results held constant for men and women participants.

What was really interesting: There was no statistical difference in performance found between participants with a low or high regular intake of caffeine.

This suggests you don’t need a lot to make a difference to your performance.

This is good news because, as Sports Dietitians Australia note, high levels of caffeine intake can cause declines in performance.

The more caffeine you ingest, the greater the risk of an increased heart rate, impaired fine motor control, anxiety and over-arousal, sleep disturbances and gastrointestinal upset.

Some more good news: A 2007 study from the University of Georgia researchers found that moderate doses of caffeine, roughly equivalent to two cups of coffee, cut post-workout muscle pain by up to 48 per cent.

There is abundant research that suggests consuming coffee regularly could be associated with a decreased risk of developing type 2 diabetes.

A 2020 review of 25 prospective studies across the United States, Europe and Asia found a “dose-response reduction in type 2 diabetes (T2D) risk with coffee consumption”.

In other words, the reduction of risk was tied to a specific dose of coffee.

Each additional cup of regular or decaffeinated coffee consumed per day was associated with a 9 per cent and a 6 per cent reduction in type 2 diabetes risk respectively.

The author of this review was Dr Marilyn C Cornelis, an associate professor with the Department of Preventive Medicine, Northwestern University Feinberg School of Medicine.

She wrote: “The consistency is remarkable considering a ‘cup of coffee’ can differ in so many ways not captured in detail by observational studies.”

It’s that coffee preserves the function of beta cells in your pancreas: These are responsible for producing insulin to regulate blood sugar levels.

People with type 2 diabetes, however, seem to react to caffeine differently: It can raise blood sugar and insulin levels for those with the disease.

A 2004 study found that regular high caffeine consumption, over four weeks, has been shown to impair insulin sensitivity in people with type 2 diabetes.

The Mayo Clinic advises: “If you already have diabetes, however, the impact of caffeine on insulin action may be associated with higher or lower blood sugar levels.”

Protects the heart against wonky rhythms

We’ve already mentioned that drinking coffee is associated with a reduction in the risk of dying from heart disease or stroke.

What’s persisted, though, is the idea that moderate coffee consumption (three cups a day) leads to a greater risk of cardiac arrhythmia.

In fact, the greatest concern about coffee as a health risk is what it might do to the heart.

But according to a study published in July, the largest of its kind, University of California (San Francisco) researchers found “no evidence that moderate coffee consumption leads to a greater risk of cardiac arrhythmia”.

Even better, each additional daily cup of coffee consumed among several hundred thousand individuals was associated with a 3 per cent lower risk of any arrhythmia occurring, including atrial fibrillation, premature ventricular contractions, or other common heart conditions, the researchers report.

The study included a four-year follow-up.

In February last year, the American Heart Association found that higher coffee intake was associated with reduced risk of heart failure, in an analysis of three huge studies, including the Framingham Heart Study.

The time has come to TAKE OFF our masks, says EVE SIMMONS

The time has come to TAKE OFF our masks, says EVE SIMMONS