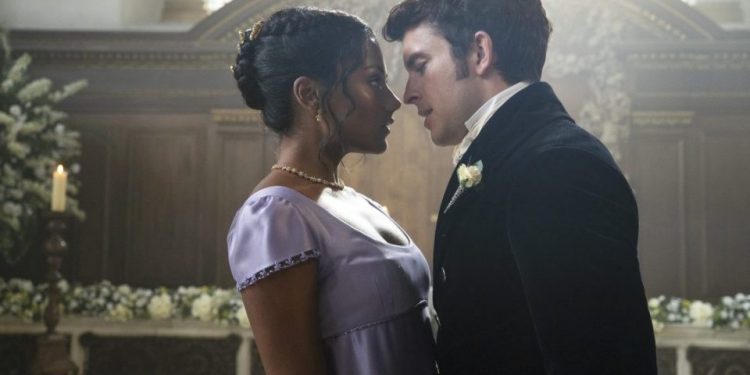 
Gentle reader, while many of us have already inhaled Bridgerton Season 2, there is still plenty to come from Lady Whistledown and the ton.

Two more seasons of Bridgerton have been confirmed by Netflix, as well as a spin-off origin series about Queen Charlotte (Golda Rosheuvel).

If you simply cannot wait for Season 3, however, then you may want to read the books they are based on.

The Bridgerton series is a collection of eight novels by author Julia Quinn.

Each book, like the TV seasons, focuses on a separate Bridgerton sibling. So if you want to get the gist of what happens next, you know what to do.

Slip on your elbow gloves, pick up your delicate fan and head on down to your local bookshop.

What happens next in Bridgerton? 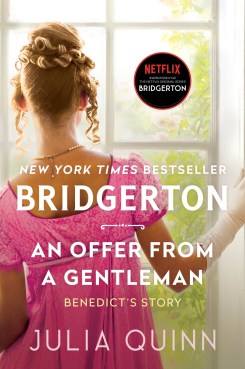 The third book in the Bridgerton series – An Offer from a Gentleman – follows Benedict as he tries to track down the woman who stole his heart at a masquerade ball (swoon).

Benedict, played by Luke Thompson in the series, will find his match in Sophie Beckett, who fans of the TV series have yet to meet.

We’re sure viewers will eat up Benedict’s story, but there is a theory getting around that the show will instead jump to the fourth book, Romancing Mister Bridgerton.

This theory is driven by AND! Newswhich spoke to the key cast members of Season 2.

Simone Ashley, who starred as Kate Sharma, said that she was “super excited for the world to see Nicola and Luke rock it”. 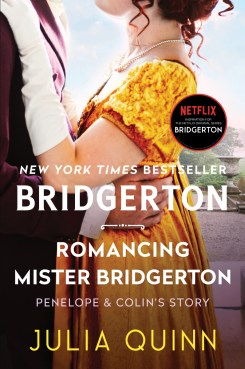 And then series creator Chris Van Dusen told the news site that he was looking forward to diving into the plot of Romancing Mister Bridgerton.

“We did a lot of work in these first two seasons as far as setting up Penelope and Colin’s love story,” Van Dusen told AND! News.

“There’s so much yearning and so much angst there that it’s going to be really satisfying when the show gets to really focus on the two of them.”

If you haven’t already, it might be worth reading books three and four in preparation for the next season.

That’s a sure-fire way to have more Bridgerton in your life. 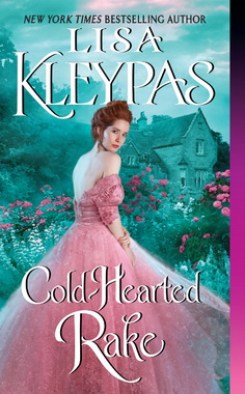 Already read the Bridgerton books? Then allow us to point you in the direction of New York Times best-selling author Lisa Kleypas.

The Ravenels series, for which she is most known, consists of seven historical romance novels.

Cold-Hearted Rake is the first book in the series and introduces readers to “London’s most wickedly charming rake” Devon Ravenel.

Devon has just inherited an earldom, but his new power comes with unwanted responsibilities.

His estate is in debt and the late earl’s sisters still live on the property, along with the beautiful Kathleen, Lady Trenear, now a widow.

Within the first few chapters, the pair experience “a clash of wills”.

You can probably guess what happens next.

The Wisteria Society of Lady Scoundrels 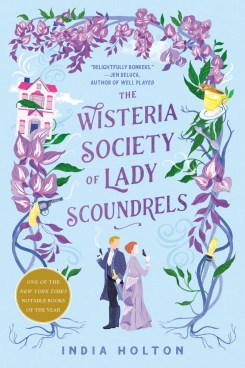 A New York Times Notable Book of 2021, The Wisteria Society of Lady Scoundrels follows ideal Victorian lady Cecilia Bassingwaite, who also happens to be a thief.

She spends her days drinking tea, blackmailing friends and acquiring treasures by dubious means. It’s not a bad life, until the men show up.

Ned Lightbourne, “sometimes assassin”, is smitten with Cecilia the moment they meet.

The only problem is Cecilia is his next target, under the orders of Captain Morvath.

The crazed pirate wants to rid the world of its presumptuous women, starting with the members of the Wisteria Society, forcing Cecilia and her would-be assassin to team up and stop the pirate at all costs. 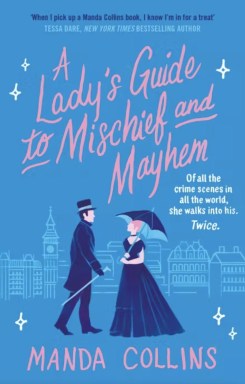 Newspaper columnist Lady Katherine Bascomb believes knowledge is power. She uses her column to educate the women of London about the criminals who prey on them.

When her reporting leads to the arrest of an infamous killer, Katherine escapes to a country house party to escape her new-found notoriety … only to witness a murder on her very first night away.

A Lady’s Guide to Mischief and Mayhem is the first novel in Manda Collins’ series, followed by An Heiress’s Guide to Deception and Desire. 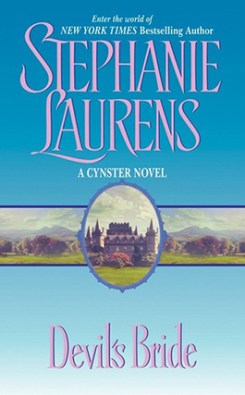 There are a whopping 21 books in Australian Stephanie Laurens’ Cynster Novels collection.

That’ll keep you busy between seasons of Bridgerton.

The first six books focus on the six cousins known to upper society as the Bar Cynster.

The subsequent books centre on other members of the Cynster family, extended family and close friends.

The stories are set in Regency-era England and Scotland, but they’re not just romance novels. Some are packed with mystery and swoon-worthy adventures, too.

To Have and to Hoax 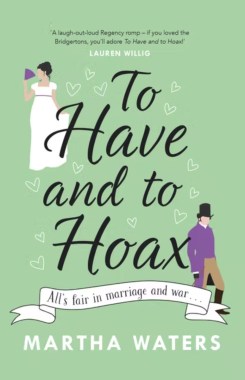 Last but not least is the historical rom-com To Have and to Hoax.

Lady Violet Grey and Lord James Audley were once passionately in love, but after a massive fight, the married couple has barely spoken in years.

When Violet receives a letter that James has been thrown from his horse, she races to his side only to find him completely fine … and baffled by her concern.

Outraged, Violet feigns an illness to give her estranged husband a dose of his own medicine.

And so begins a game of manipulation (and flirtation) between a husband and wife who may not hate each other after all.

Waters followed up her debut novel with her equally acclaimed titles To Love and to Loathe and To Marry and to Meddle.

The latter is hot off the press.