THE Consumer Crew are here to solve your problems.

Mel Hunter will take on readers’ consumer issues, Jane Hamilton will give you the best advice for buying your dream home, and Judge Rinder will tackle your legal woes.

WITH unemployment rising, some property experts predict the housing market will stall by Christmas.

So if you need to sell fast, consider staging your home.

Commonly used in Australia and the USA, ­professional home stagers “dress” your pad to ­convey a luxury lifestyle, securing a top price and a quick sale.

Stagers typically charge from £50 an hour, but sellers almost always make back the cash with a higher sale price.

Here professional home stager Elaine Penhaul from Lemon and Lime Interiors shares secrets from her new book, Sell High, Sell Fast, which reveals how to sell for the best price in the fastest time.

Plan – Give yourself plenty of time to declutter, decorate and do any repairs.

Know your audience – Assess who your buyer is. It’s likely to be who you were when you bought the house.

They will be viewing lots of properties so you need to make sure yours is their best option.

View your house through buyers’ eyes – Take photos and look at them on a computer screen.

This way, you can work out if you need to rearrange furniture.

Sniff out your scent – Ask friends or family to be honest about whether your house has a distinct smell, such as cigarette smoke, damp or pet odour.

Show off best assets – Arrange furniture to showcase your home and give viewers a glimpse of how life would be if they chose to live there.

Place an armchair in a sunny corner next to a side table with a cup of coffee and a book on it, or position a bottle of wine and two glasses in a secret nook in the garden. These small tricks sell a lifestyle.

Buy of the week

TRENDY Walthamstow in East London has been crowned the quickest place to sell a property, with homes on the market for an average of just 35 days, according to home.co.uk.

So be quick to grab this stylish shared- ownership E17 one-bedroom flat, on the market for £87,500 for a starting share.

BRITS fleeing city centres due to the Covid crisis aren’t just searching out bigger homes in the countryside – they’re after bigger sinks too.

Bath and sink designer Abode has seen a huge spike in demand for larger styles including Belfast, Butler and oversized double sinks, as we spend more time at home.

Leanne Adamson, its marketing manager, said: “Our larger sinks, including double bowls and the Belfast models commonly associated with country-style properties, have been very popular during the latter half of 2020.

“More space is now being found for the kitchen and for one of the most important fixtures within it – the sink.”

Deal of the week

COMBINE two trends in one. This GoodHome Ajuga textured wallpaper features a trendy charcoal grey background with rose gold detailing – perfect for a snug, or a stand-out feature wall.

Q) I WORK at a plastics factory which was closed on March 24 due to Covid.

It is open again, but this month bosses told us that as the furlough pay system didn’t start until April 1, we have to accept March 24 to April 1 as holiday and it will be deducted from our last payment of the year.

Is this legal? We didn’t have a choice not to work – we were sent home. Billy, York

A) I anticipate there are going to be a number of strongly contested court cases on this issue in the coming months.

In my view, unless your employment contract (or other written conditions you have relating to your work) specifically states that your employer is entitled to force you to take holiday time without notice as and when they determine, then I do not believe they can lawfully do this to you.

Like many people in your situation, your best option is to get together with other workers and get some union legal muscle.

If your firm financially penalises you by forcing you to take holiday time without ­lawful authority, you must do what you can to bring this to their attention and, if necessary, be prepared to fight your employer all the way to court.

Q) I BOUGHT tickets for the whole family for a pantomime this Christmas.

It has been cancelled and the ticket company says we will get tickets for Christmas 2021 instead.

I would rather have a refund but my emails keep coming back as undelivered. What can I do? Steven, Windsor

A) You would be entitled to a refund of the full ticket price for this year’s cancellation in any event (unless there are clear terms and conditions to the contrary).

But you have the critical point in your favour that the theatre cannot guarantee it will be able to reschedule the show you have paid for in the foreseeable future.

Find out who owns the theatre and write to them directly.

Then get online and get together with others who have been treated the same way.

If the theatre is still in business you may have to take them to court as a group.

Q) MY wife and I feel we have been unjustly treated over a caravan holiday we booked.

Just four days before we were due to travel, we were told a hole had appeared in the caravan floor and that the company was unable to offer an alternative on that site.

We were offered a date later in the year but that was unacceptable to us.

When we were offered a place on a different site, which we accepted, feeling put on the spot by the phone call.

However, once we got off the phone and looked up the new site, we realised it was unsuitable.

I phoned back the caravan company the next day to cancel and was told I could not get a refund.

We are pensioners and cannot afford to lose this money. Please can you help? John, Derby

A) You booked specific accommodation which means that, by law, you were entitled to a holiday in the caravan you booked and were promised.

Unless this caravan ­company can prove that you agreed to terms and conditions that allowed it to change your accommodation in precisely the manner it did, then it should not have done this to you.

I understand that you agreed to the alter­native you were offered but, despite doing this, you clearly revoked this offer within a very reasonable amount of time on the basis that it was not to the standard of the first caravan you were promised.

You were perfectly entitled to do this.

Email the holiday company owner asking them to explain why they believe they are lawfully entitled to withhold a full refund from you.

I’ll bet they can’t. If they try to, I would make clear to them that you plan to name and shame them and that you will be bringing proceedings against them.

The Citizens Advice Bureau can point you in the right direction.

Q) OUR package holiday to Portugal, booked through Loveholidays, was cancelled. The firm refunded the accommodation cost, but said Ryanair would refund the £234 for flights.

However, when we checked, the flight went as scheduled, which meant as far as Ryanair was concerned, we missed the flight.

Surely if we booked the holiday as a package, the responsibility lies with Loveholidays? Debra, Halifax

A) You are right. With the holiday cancelled, package travel regulations say Loveholidays should have repaid the whole lot.

I reminded Loveholidays of its obligations and it sorted out the refund.

A company spokesman said: “We have now spoken with Ms Clegg, apologised for the delay and confirmed that we are processing the refund for the flight elements of her booking.”

Loveholidays also pointed out that some airlines were continuing to fly to destinations despite Government advice, and that there had been delays in getting refunds from the airlines. 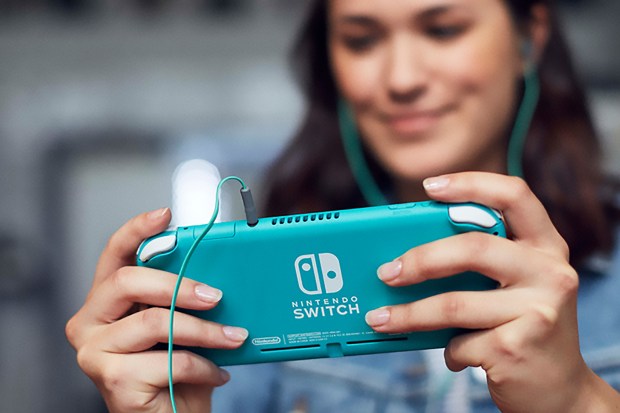 Q) AT the end of June I bought a Switch console from Nintendo UK’s online store for around £300.

Within two months, the controller broke. I sent it for repair but it came back with the old problem.

I requested a new one but Nintendo said no because I’d had it more than a month – and told me to send it again for repair. Tilly, Stoke-on-Trent

A) Consumer law is clear on this: If a problem arises in the first six months, a consumer only has to give the retailer one chance at repair.

If that fails, they are then allowed a refund.

I explained this to Nintendo, which then agreed to give you a whole new device.

A Nintendo spokesman said: “Thanks for reaching out to us. Customer satisfaction and the enjoyment of all our products is of utmost importance to us.”

Q) MY wife and I were in Spain this year, due to fly back to Aberdeen with Ryanair on March 26.

On March 18, Ryanair emailed to say the flight was cancelled, so we rebooked for Sunday, March 22, and were charged an extra £154.85.

Then this flight was also cancelled.

We went online, but could find no suitable Ryanair flights and its phone line was constantly engaged.

As time was running out and Spain was in lockdown, we booked a Jet2 flight to Glasgow.

But when we claimed for the additional cost of £274, Ryanair refused our claim, as we had not contacted it first. Jim, Aberdeenshire

A) Ryanair left you high and dry – twice – so you had to take matters into your own hands, leaving you massively out of pocket.

You had applied via Ryanair’s online portal to get your money back for both the cancelled flights and the new Jet2 trip that got you home. But months on, you were still hitting a brick wall.

Morrisons is launching a Christmas dinner box for four for £50

How I make £2,500 during the festive season decorating people’s Christmas trees

I flagged your case to Ryanair and finally got back the money you were owed, getting a refund for the cancelled flight, as well as the additional costs of the Jet2 flight.

Cases of Covid-19 continue to sharply rise in US Midwest

Israel says to trial COVID-19 vaccine from next month

“I Want To Show You My Snake Collection”: Lakers Forward Details Bizarre Dwight Howard Stories to Certify Him as Team’s Dennis Rodman

‘Green Lantern’ HBO Max TV series will be like a movie

Covid drove us to share a home but what are council tax implications? | Money