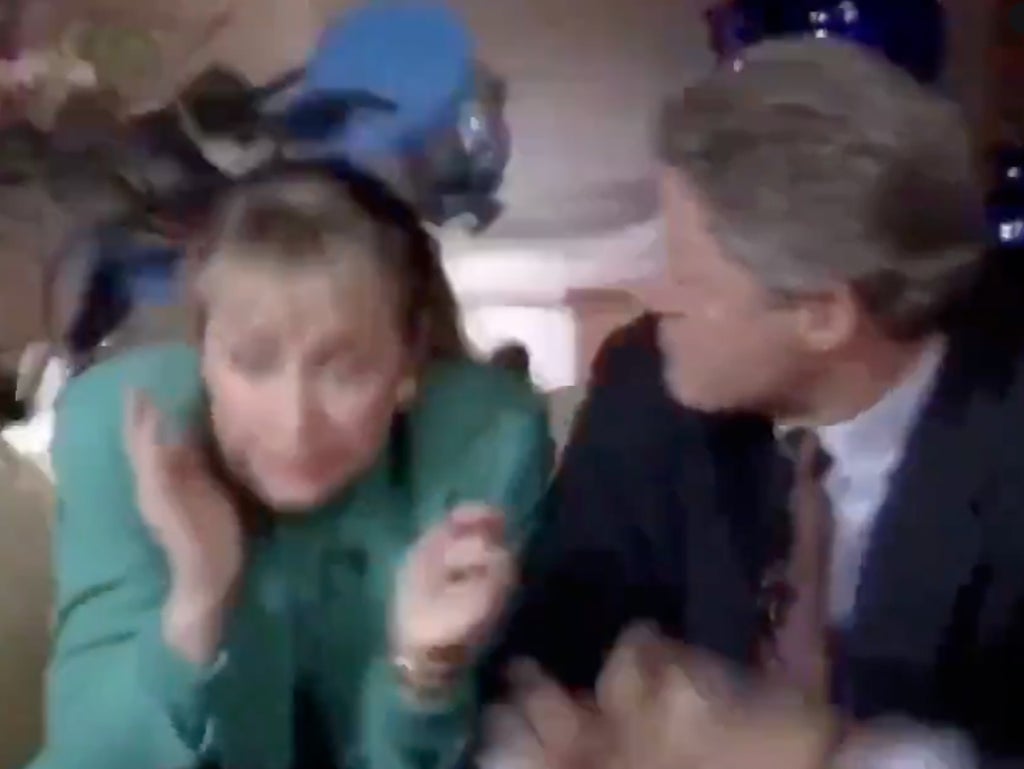 Before Republican Rep Paul Gosar of Arizona tweeted an anime video doctored to depict him killing Rep Alexandria Ocasio-Cortez, he had tweeted a video cheering about Hillary Clinton almost being severely injured.

Journalist Aaron Rupar quote-tweeted a video that Mr Gosar had tweeted on Christmas Eve reading “Remember the reason for the season! #MerryChristmas.” Attached was a video from the 1990s during a 60 Minutes interview showing Ms Clinton with former president Bill Clinton ducking as a light falls over and nearly hits her.

The House of Representatives was voting on Wednesday on whether to censure Mr Gosar. The move comes after he tweeted a doctored video of the anime Attack on Titan that featured a character with his face killing a giant that had Ms Ocasio-Cortez’s face on it.

“We have to address it immediately, and I’m so pleased that our members understand that this is central to our work in Congress that we protect the integrity of the House, of the institution, but also the lives of our members,” House Speaker Nancy Pelosi said on Wednesday.

Inflation questions answered: How it affects you