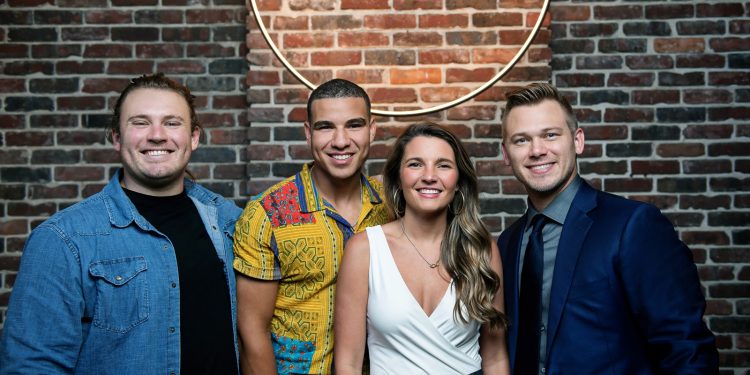 
With hundreds of abandoned and forlorn homes available for a song, Birmingham, Alabama, is becoming known as a flipper’s paradise. For standout agents Cody J. Cummings and Paul Mielke, the area is full of opportunities. After the pair met on a panel discussion in 2019 and were drawn to one another’s strengths, the Apollo Property Group, their traditional sales structure team, and Flip Apollo, their investment arm, were born.

Self-described as polar opposites, Mielke is the “dreamer, visionary, and creative chaos” while Cummings is the “pragmatist, integrator, order, and the one who makes sure the art doesn’t break the bank.” Together they’re breathing new life into dying neighborhoods and documenting the journey on A&E’s brand-new show “Flipping Down South.”

The Threat to Homeownership

The Apollo Property Group works all over the Birmingham area with a special emphasis in East Lake where the show is filmed. In the area, Cummings and Mielke are picking up rundown, abandoned homes, often for a price tag of under $10,000 per home, and meticulously transforming them, putting them back on the map. Their mission is to revitalize neglected communities and give their clients affordable access to high-quality homes.

When they look at real estate trends across the nation, they see that hardworking people are being pushed out of the market by investors without roots in the communities they are buying up. Mielke elaborates, “Affordable family housing is disappearing because institutional money is buying up houses at a very high rate and people just can’t compete with it. Everyday people who are just worried about having a place to live can’t outbid a fund that’s coming in to pay cash and are only concerned about what the return is going to be over the next hundred years,” he shares. “So, we think that homeownership is something that could be exterminated in the next 50 or 60 years, and we’re working hard to push back against that. When someone owns their home, they have equity in their neighborhood, get to have a voice, and make important decisions that impact their community.”

Cummings and Mielke are the central figures in the show. They share that the filming experience was a lot like their regular daily activities. “We just went out and walked through the houses, made design and budget decisions, answered the film crew’s questions, and made comments. It was eerily similar to what our exact normal lives are like, so we were able to adjust to it quickly,” Cummings offers.

The duo was running their already fast-paced business, which required plenty of scheduling prowess to get remodelers, designers, and contractors in position on time. Add to that a 20 to 25-person film crew following them for four months and logistics became the biggest challenge. It gave them a whole new respect for what goes into a 60-minute show.

While plenty of flippers are giving homes a fresh coat of paint and bringing kitchens and bathrooms up-to-date, the Apollo team is committed to higher-end design that retains the historic character and personality of each house. The outcomes for the team, the buyers, and the neighbors in the community are overwhelmingly positive and the houses are selling as quickly as they are restored.

Like viewers across the nation, Cummings and Mielke are watching each episode for the first time as it airs and are excited about the favorable response. Their hope for the series is to shine a light on affordable family housing.

Are YOU the Next TV Star?

As it turns out, Cummings and Mielke did not just stumble across a TV production. Instead, Mielke was intentional in crafting his social media content to attract the attention of producers looking for new talent in real estate. The strategy worked! When A&E came calling, the team’s advanced preparation helped them move quickly through intensive interviews to score the feel-good show. If you’re looking to attract some airtime, consider adding these strategies to your social media arsenal:

1. Post content that showcases your personality.
2. Post consistently.
3. Highlight your team, showcasing team dynamics within your content so the producers have an easy time visualizing you together on-camera.
4. Be comfortable in your own skin, as the producers do extensive research. Anything that isn’t authentic will rise to the surface quickly.

Will You Be Tuning In?

Season 1 of “Flipping Down South” debuted on March 12, and airs weekly on Saturdays at 11 a.m. CT on A&E. You can also stream the show on Amazon Prime, YouTube, and Hulu.

Strategies to Promote Autism Acceptance and Inclusion in the Classroom

Heck No! Britney Spears Refuses To Pay For Her Mom Lynne’s Attorney Fees!

Heck No! Britney Spears Refuses To Pay For Her Mom Lynne’s Attorney Fees!