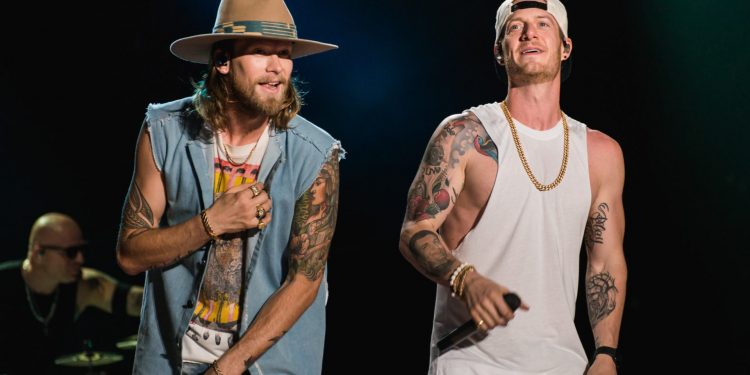 
Tyler Hubbard and Brian Kelley of the Florida Georgia Line are set to take some time off after their 2022 tour, but did they officially break up?

The duo was recently inducted into Nashville’s Country Music Hall of Fame and Museum. An exhibit dedicated to them at the venue showcases their milestone moments from the 10 years they’ve been together.

“It was a dream come true to celebrate this moment at the @officialcmhof on Sunday with y’all,” the duo wrote in an Instagram post.

Did Florida Georgia Line break up?

In a recent interview with People, the musical duo’s members Tyler Hubbard and Brian Kelley revealed that they have decided to ‘take a break’ but made it clear that they’re not breaking up.

“We’re taking a break from recording our music. We’re being artists. We love creating. And so a couple of years back, we started writing without each other and trying different writers, and now we’re both doing that with our music.”

Fans who’ve dreamt of seeing Florida Georgia Line perform together need not fret as they will complete their 2022 tour before taking some time off as a duo.

“We’re sort of using these last 12 shows as a time to celebrate FGL, celebrate the fans, celebrate each other, and then support each other on the next chapter of our musical and creative journey, which is gonna be individually for a while,” Tyler said.

Brian and Tyler will focus on their individual careers following the end of their tour. As heartbreaking as this is for fans, they must remember that Life Rolls On, which ironically is the name of their hit 2021 album.

Not only does it recount the moments of their musical journey but also dates back to their childhood and college days.

The exhibit also marks the time when the duo won two Triple Play Awards. They earned it for getting three No. 1 songs in the space of just 12 months, which is an amazing achievement.

“I’m blown away,” Tyler said looking at the displayed artefacts. His first guitar was also placed behind the glass.

Brian added: “To be a part of it is just a huge honour and really humbling and inspiring and overwhelming.”

Most fans turned the country music duo’s decision to go on a break into a joke with some referencing moments from the sitcom Friends.

Another fan wrote, “I guess more music from them isn’t meant to be…”

Another Twitter user quoted the title of their famous song, “God, Your Mama and Me.”

In other news, Simon Leviev’s girlfriend Kate Konlin in an Israeli model

Vodafone boss hits back as Footsie giant is targeted by activists

Check Out These Awesome Pet Food Trucks You Helped Fund!

Mishael Morgan, ‘The Young and the Restless’ Star, Makes History at 2022 Daytime Emmys

Mishael Morgan, 'The Young and...

Parker, by contrast, was dedicated...

Nearly half of the combat...

Check Out These Awesome Pet Food Trucks You Helped Fund!