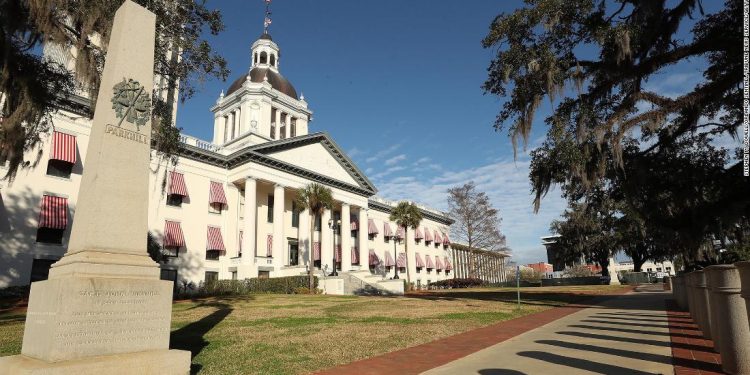 The House voted 68-38 to send the map to DeSantis’ desk. DeSantis, whose office submitted the map and defended its merits in testimony this week, is expected to sign it. The Senate passed the map on Wednesday, also in a party-line vote.

The approved map could help Republicans pick up four seats in the US House of Representatives this November.

The map dismantles Florida’s 5th Congressional District, currently represented by Democrat Al Lawson, which connects Black communities from Tallahassee to Jacksonville. Instead, Jacksonville, the city with the largest African American population in the state, is divided into two Republican-leaning districts.

DeSantis has contended those districts were racially gerrymandered and has suggested they are unconstitutional.

Opponents of the approved map have suggested a legal challenge is likely because it diminishes the number of seats where Black residents are a plurality from four to two. A state constitutional amendment approved by voters in 2010 known as Fair Districts requires lawmakers to give minority communities an opportunity to “elect representatives of their choice.”

Several Black members of the Florida House staged a protest during the debate, forcing an informal recess before Republican members then continued the process by ending debate and holding the vote during their protest.

The Republican-controlled state House and Senate initially sought to maintain the current level of Black districts. The governor threatened to veto those proposals.

DeSantis’ foray in the once-a-decade redistricting process is unusual. None of his immediate predecessors were especially involved in reapportioning state boundaries. It was a surprise to Tallahassee, including Republicans, when the governor’s office in January submitted a map for the lawmakers to consider.

Republicans currently hold a 16-11 advantage in Florida’s US House delegation. The state added a 28th district following the 2020 US census.

Exclusive: this is the new budget soundbar from Sonos – The Verge