Home » Florida Republican calls for review of all vaccine mandates, including polio, mumps and rubella 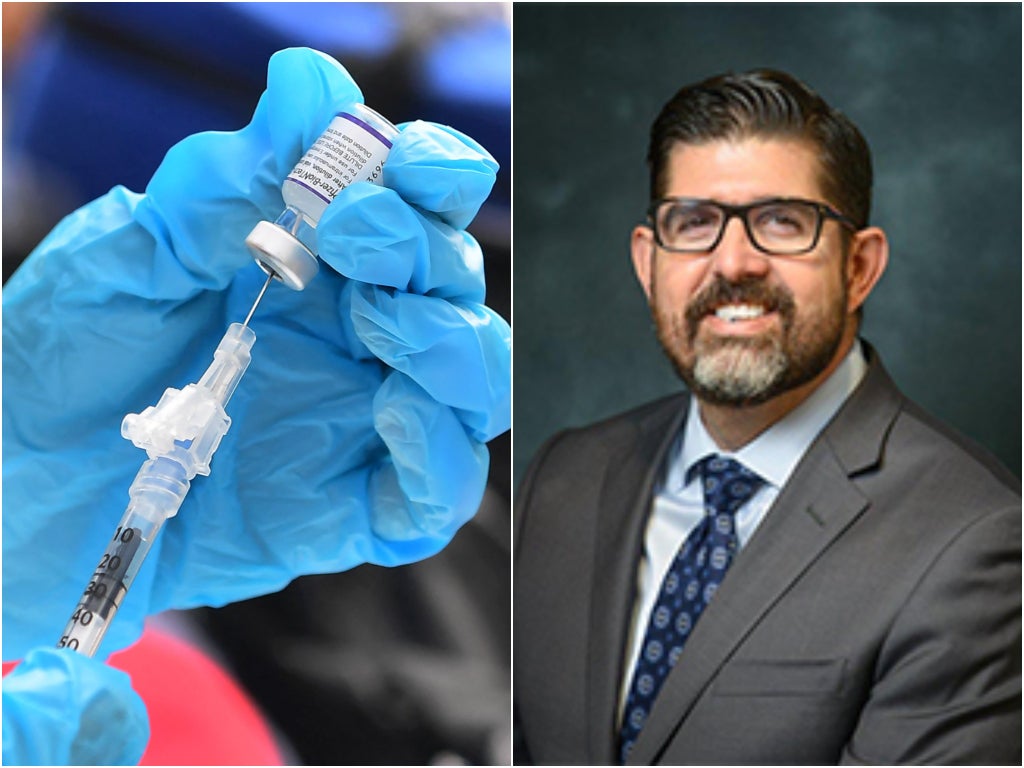 Florida Republican State Senator Manny Diaz has called for a review of all vaccine mandates, including for diseases like polio, mumps and rubella.

Mr Diaz, the top GOP Senator on healthcare policy in Florida’s senate, was infected with Covid-19 last winter but still hasn’t received the vaccine. He has said he wants to review the state’s vaccination efforts and Governor Ron DeSantis’ attempts to provide monoclonal antibody treatments for those who test positive for the disease.

The Florida legislature passed legislation earlier this year to prevent private companies to require that their customers provide proof of vaccination.

But Mr Diaz, who is against vaccine mandates, is for businesses being able to make their own decisions on requiring vaccinations from the customers.

Mr Diaz said finding a balance between the rights of individuals and companies “gets more complicated”.

Republicans who have come out against “vaccine passports” have faced some pushback, specifically in terms of vaccination requirements for students to attend school, as a number of vaccines are already necessary to attend class under current legislation. But parents can use religion or health as reasons for their child not to get vaccinated.

Mr Diaz said it could be time to “review” the mandates, including the requirements for vaccinations against illnesses such as mumps and measles, Florida Politics reported.

But he also said that the use of the Covid-19 vaccines isn’t the same as the use of vaccines that have been in use for decades.

“I think there’s a distinction when you have something that is proven to work and doesn’t have any side effects,” Mr Diaz said.

A study by the CDC released in August showed that unvaccinated people are 29 times more likely to end up in hospital because of Covid-19 than those who have received the vaccine.

Mr Diaz said the Florida Senate Health Policy Committee will look into a telehealth bill during the legislative session of 2022. The practice was used during the pandemic to limit in-person doctor visits and lobbyists for physicians urged the state to freshen up the laws surrounding the system earlier this year, but no new law was passed.

“Just when you thought the state of affairs in Florida could not get any worse,” Aaron Parnas tweeted about the news that Mr Diaz wants to review all vaccine mandates.

“Okay, get used to [seeing] kids with crutches and braces and kids who are blind and/or deaf. That is if they survive Polio, Measles, and Mumps. The Polio vaccine came out after I had Polio in 1951 at age 14 months. I was one of the lucky ones who survived and only had 1 limb involved,” Vicki Steward added on the platform.

“Unless the majority of people in Florida stand up to this blatant power grab and flex, they will keep at it,” one Twitter user wrote. “I know there are science-based rational people here in this state, we have great engineers, and scientists, we need to push back against this nonsense.”

“Great, let’s bring back polio! This is the most ridiculous thing I’ve heard in my whole life, and we have had a lot of ridiculous in the past few years,” another account holder added.

The Independent has reached out to Mr Diaz for comment.

Discover the Many Different Ways to Make Money with a Blog

Age of Empires IV Review – The Once And Possibly Future King

Cybercriminals secretly plan to run down entire security teams, here’s what businesses can do

Decades after polio, Martha is among the last to still rely on an iron lung to breathe – NPR