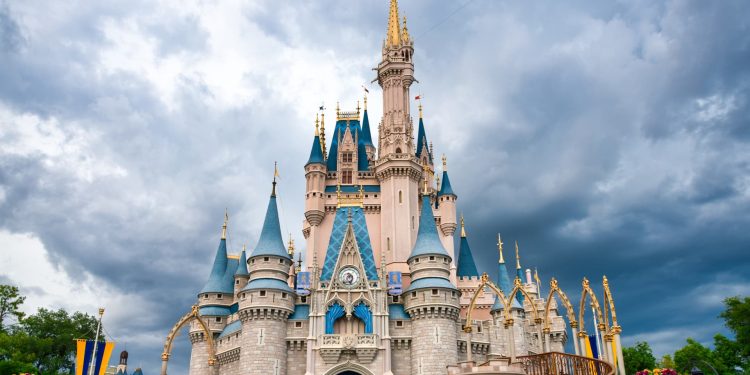 On Thursday, the Florida state legislature passed a bill seeking to dissolve a special district that allows the Walt Disney Company to act as its own government within the outer limits of Orange and Osceola counties. The bill passed the state Senate Wednesday with a vote of 23-16 and sailed through the state’s House of Representatives by a vote count of 70-38.

The proposal was first introduced on Tuesday by Republican state Sen. Jennifer Bradley, but opponents claim it’s really driven by DeSantis. Widely seen as a contender for the 2024 GOP presidential nomination, DeSantis is locked in a bitter and public feud with the entertainment giant over the company’s denouncement of Florida’s HB 1557 law last month. HB 1557, dubbed the “Don’t Say Gay” bill, limits early education teachings on sexual orientation or gender identity.

Until recently, there had been no major public discussion about dissolving Disney’s long-established special district, which it’s occupied for 55 years, leading opposing senators and other critics of the bill to question its timing and the speed at which it’s being pushed through.

“People wanted to deal with the special district for decades,” he said. “Disney had the political power to prevent it for decades. What changed is bringing California values to Florida. Floridians said, ‘You are a guest. Maybe you don’t deserve the special privileges anymore.'”

Fine said the bill was introduced to even the playing field in Florida for theme park operators. He noted that Disney’s competition, Universal, SeaWorld and Legoland, do not have special districts to operate in.

Democrats in the state senate, though outnumbered, came to the theme park’s defense on Wednesday during a special session of the body.

“The Disney corporation is being attacked for expressing support for its many LGBTQ employees and customers,” said state Sen. Tina Polsky, a democrat who represents the 19th district of Florida, during the special session. “Are we really making this enormous decision based on spite?”

And it is an enormous decision.

The district in question is the Reedy Creek Improvement District, which was established in 1967. It was established by the Florida State legislature so Disney could develop the infrastructure for Walt Disney World at no cost to Florida taxpayers.

None of this makes any sense. They just bit off way more than they can chew by trying to get the Reedy Creek district dissolved.”

The arrangement has allowed Disney to build theme parks, hotels and other tourist experiences within the Reedy Creek district with little-to-no oversight. The company also became the largest employer of Florida residents in the state and helped the Orlando area become one of the largest hubs for tourism in the U.S.

“I just don’t understand what we are doing here,” said Loranne Ausley, a democrat who represents the state’s 3rd Senate district, during Wednesday’s session. “We are adding insult to injury by voting on something today that was proposed yesterday going after a private business that has literally made our state what it is, all because they have taken a position that the governor disagrees with.”

The decades-old legislation also ensured that only the landowners within the district, primarily Walt Disney World, would be responsible for paying the cost of municipal services like power, water, roads and fire protection.

For decades, taxpaying residents of Orange and Osceola counties have been spared maintenance bills for Disney park services.

Currently, Disney pays taxes to both counties as well as the Reedy Creek district. If the bill is signed into law by DeSantis, Reedy Creek, along with five other special districts established before November 1968, would be dissolved effective June 1, 2023.

Reedy Creek, as a special district, has no representatives in the state legislature.

Dissolving the district would mean Reedy Creek employees and infrastructure would be absorbed by the local counties, which would then become responsible for all municipal services. The counties would collect the tax revenue Disney currently pays the Reedy Creek district, but would also be saddled with the districts liabilities. Namely, its debt.

Reedy Creek historically operates at a loss of around $5 million to $10 million each year, according to its financial reports. But since Disney can subsidize its own operations with theme park revenue, that debt doesn’t have much impact on its bottom line.

According to lawmakers, there’s around $1 billion in debt on the balance sheet that taxpayers would become responsible for should the special district get absorbed, leading to higher taxes.

“No one wants to take that amount of debt up,” Linda Stewart, a democrat who represents Florida’s 13th senate district, told CNBC Wednesday. “None of this makes any sense. They just bit off way more than they can chew by trying to get the Reedy Creek district dissolved … This is a major, major issue that I don’t think it will be, in the end, very successful.”

Taxpayers would also be on the hook for any municipal improvements that Disney currently pays for, including road work.

In 2019, for example, Disney’s Orlando neighbor Universal partnered with Orange County and the state to build a 1.7-mile extension to Kirkman Road between Carrier Drive and Universal Boulevard to accommodate the company’s new park Epic Universe.

That project cost an estimated $300 million, more than half of which Universal footed. The company paid $160 million, leaving Orange County to pay $125 million and the state to pay around $16 million.

The tab for similar projects at Disney could easily pile up.

‘Nothing is going to happen’

Disney declined to comment on the legislature’s efforts, but the dispute is likely to end up in court, according to David Ramba, executive director of the Florida Association of Special Districts.

Ramba said he has dissolved a number of special districts, but never any that didn’t want to be dissolved and noted that “a lot of lawyers are going to get paid” as the parties work to sort out the operational implications of this bill.

Florida law dictates that special districts created by the legislature can only be dissolved with a majority vote of the district’s landowners. For Reedy Creek, that’s the Walt Disney Company.

Pizzo was among several state senators who spoke out against the bill ahead of the senate vote Wednesday. Many expressed frustration during discussion on the legislature floor, calling the legislation a “revenge bill” and “political theater.”

Disclosure: NBCUniversal is the parent company of CNBC.