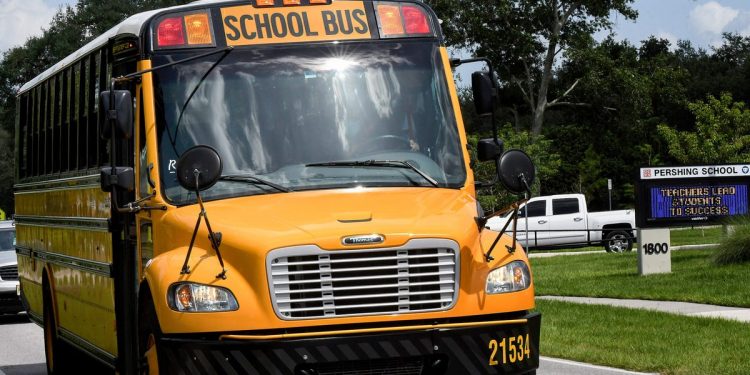 
A Florida school bus driver was arrested Wednesday following accusations that he was drunk on the job, according to the Flagler County Sheriff’s Office.

Tests revealed that Mark McNeil was accused to be four times over the legal limit of blood alcohol content when he was arrested by police officers.

According to the sheriff’s office, McNeil showed up to work for his afternoon shift when a colleague reported to their supervisors that he smelt of alcohol. Police said McNeil took the wrong bus where he picked up 40 middle school students and began to drop them off at their designated bus stops.

School transport officials tried to contact McNeil by radio but he ignored them. Shortly after, he allegedly used the radio to contact district officials that he was having a “medical emergency,” per authorities.

When found by his supervisor, authorities said McNeil “fell to the ground complaining he couldn’t breathe.” During that time, he attempted to flee deputies who arrived on the scene and was subsequently arrested.

“This drunk thought it was okay to endanger 40 children and other drivers by driving a loaded school bus significantly impaired,” Sheriff Rick Staly said.

Staly added that “thankfully no one was hurt.”

McNeil was arrested on counts of driving under the influence of alcohol with passengers under the age of 18, resisting an officer without violence, and child neglect.

The US has faced a shortage of school bus drivers in recent months. In January, an Iowa school district canceled classes because it couldn’t find enough bus drivers. The shortage would have meant delays in pickups and students waiting outside “in extreme cold weather” for buses.

Base rate rise to 1.25%: What it means for mortgages and savers

Products featured in this article...