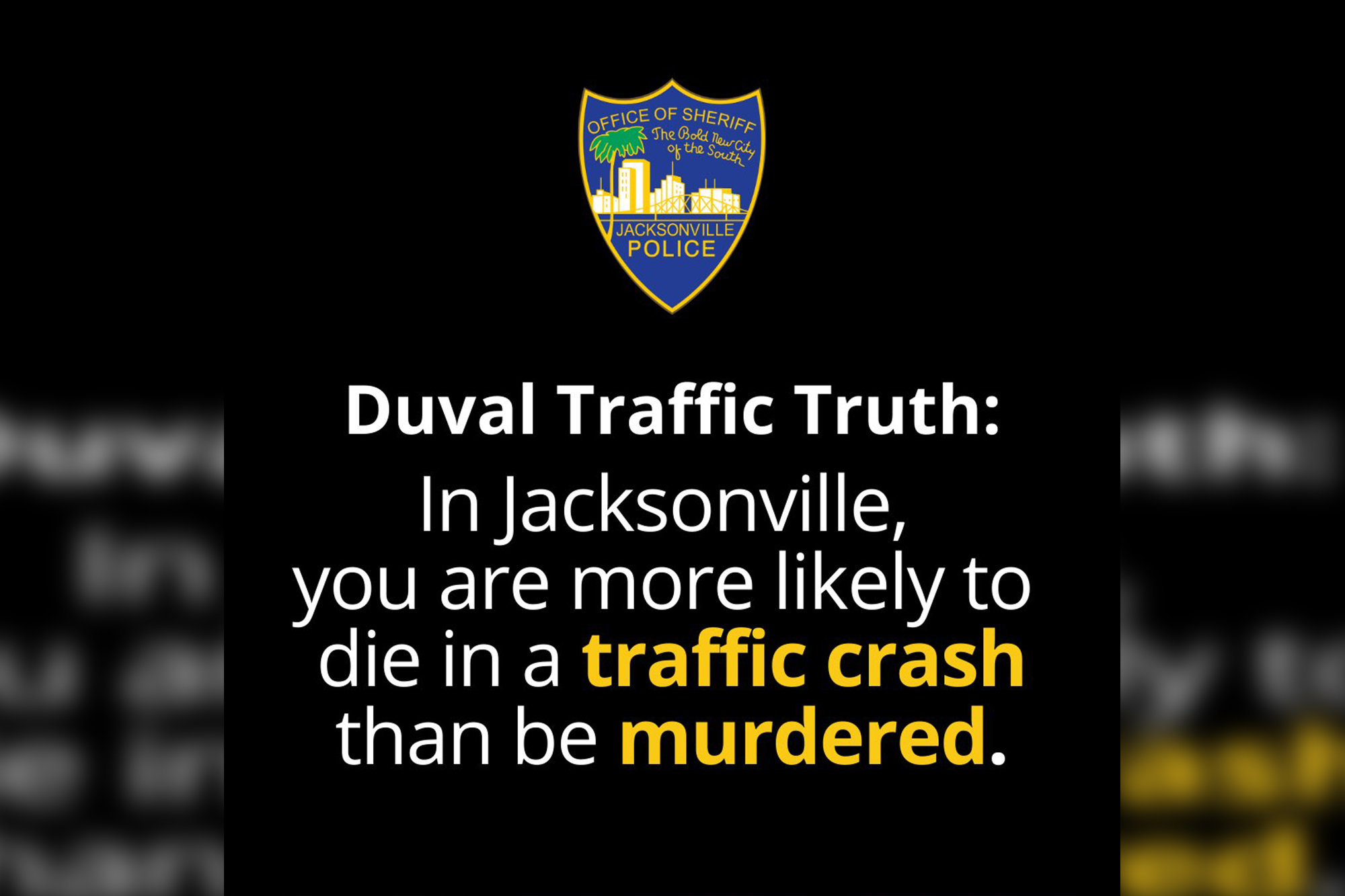 Florida’s Duval County has an odd way of telling drivers not to speed — by reassuring them that they’re more likely to die in a car wreck than at the hands of some psycho killer.

On Thursday, the Jacksonville Sheriff’s Office tweeted: “In Jacksonville, you are more likely to die in a traffic crash than be murdered. Slow down, Duval!”

Duval County does have a high number of traffic-related deaths, according to Florida Health Charts.

Why are doctors STILL failing to tell patients they may never be able to give up antidepressants?

A coalition of women’s...

This story is part...

Why are doctors STILL failing to tell patients they may never be able to give up antidepressants?